Technically only a small part of northeast Alabama is in a drought. October ended up being a wetter month than normal, but November isn’t turning out that way. Historically it’s the third wettest month with almost five inches. We aren’t even close to that nearly three weeks in. We’ve only have three days with measurable rainfall at Huntsville International Airport with a grand total of 0.45″.

This is that time where we make that transition to the wetter season.  More frontal boundaries head our way increasing rain and chances along with stronger storms. We haven’t had that so far.  November, December, and January account for 28% of the yearly rainfall total and so far we are sitting at 0.45″ eighteen days into the month. 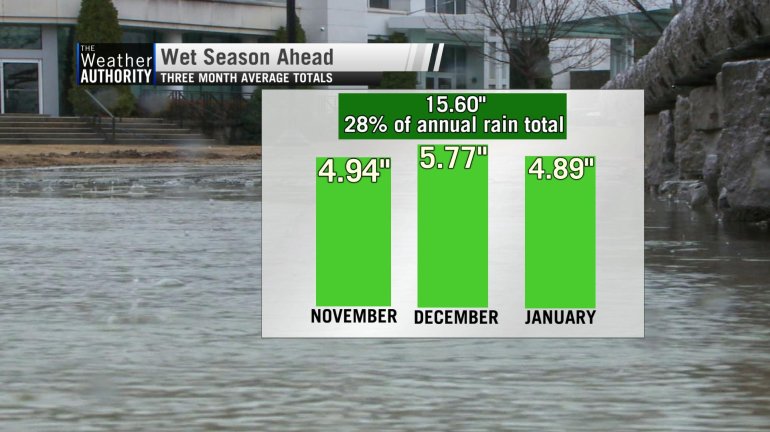 2019 started off very wet, now we are struggling to get to the finish line. Since September 1, we sit at 6.46″. We should be at almost ten inches by now. That’s over three inches below average. It’s lower especially with the drier months of June, August, and September. 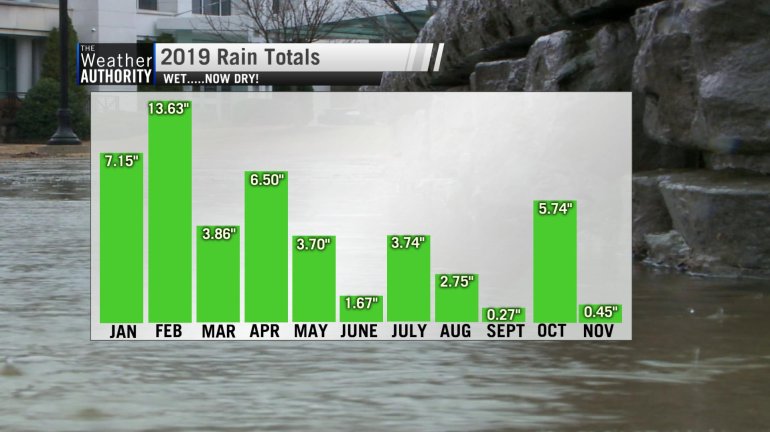 Thankfully rain is coming Friday into the weekend. It’s not great timing with more playoff games and planning for the holidays coming. We are thinking up to an inch Friday, Friday night, into Saturday. Timing is a little up in the air on how long the rain hangs around in Saturday. We’ll button it up as we get closer to the weekend!