We only have a few days left in 2018, and they’re looking rather damp. New Year’s Eve itself stands to bring another round of soaking rain and storms, rounding out a wet December. Huntsville has picked up 9.30 inches in December so far, putting us 4.02 inches above average for the month. This wet month has also pushed the year as a whole above normal, but just barely; Huntsville is currently at 59.24 inches for 2018, which is around 5 inches above normal. 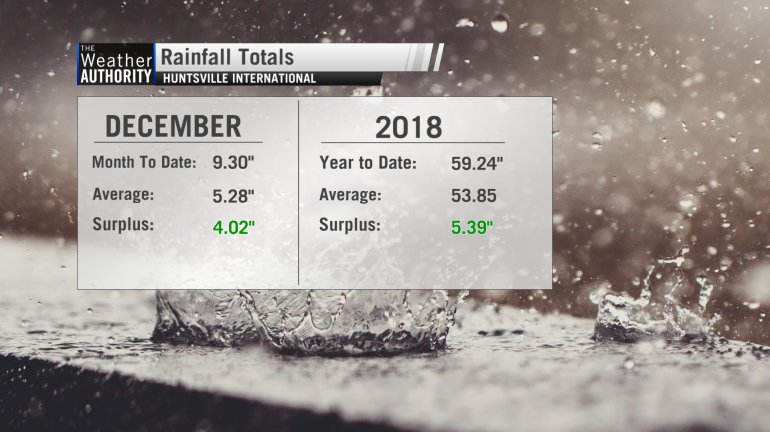 While the last month of the year has been rather wet, it has been a turn from an otherwise very typical year for the Tennessee Valley. Is this month a signal of what could be ahead in 2019? One month can’t predict an entire year, but this could be an indication of what the winter season will be like.

We already know that an El Nino pattern is likely to develop further in the coming months, which lends to a wetter than average winter for North Alabama. The Climate Prediction Center is backing up a wetter than average forecast, at least for Central and Southern Alabama, in their most recent outlook for January 2019 too. 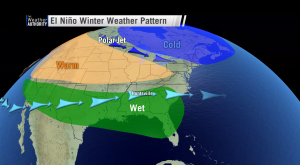 While an El Nino can bring cooler and wetter than average winters for us here in the Tennessee Valley there is no strong correlation between El Nino years and snowfall for Huntsville. That’s because cooler and wetter weather has to line up properly for snow to occur; an El Nino tends to bring storm systems from the south and west into the Tennessee Valley, which also tend to be milder and produce mainly rain regardless of the season.

This outlook of a cool and damp January can give you a general idea of what to expect for the start of 2019, but keep in mind an outlook is not a forecast. For details on a particular day or week, you’ll have to keep up with the local forecast. You can check it anytime at whnt.com/weather!