Here’s the photographic evidence of what is now a distant memory after a long-term warm spell!

It has been incredibly warm for most of January.  January was running a fever: 10.4ºF above average (almost one full standard deviation above it) through the 18th.

The past four days (Sunday-Wednesday) have been 10.2ºF below average with the Arctic intrusion that came in last weekend.

Winter is the most variable time of the year for Alabama and Tennessee.  Sure, we have ‘average’ data for Huntsville, Decatur, Muscle Shoals, Birmingham, Nashville, and so on, but an average January day is very, very different from an average summertime day!

July 11th is historically the least-variable day of the year in Huntsville; the standard deviation from average (think how warm or cold compared to a single ‘average’ temperature) is only 4.7ºF for the high and 3.3ºF for the low.

In other words, the normal range of temperature in mid-July is around 85ºF to 95ºF in the afternoon and around 66ºF to 72ºF at night (early morning).

January?  That’s a different animal all together!

It’s more than double the normal range for a summertime day on January 30th: 11.7ºF for the highest and 11.1ºF for the lowest temperature of the day.

That means an average late-January day usually runs between 40ºF and 62ºF for a high temperature; that’s between 21ºF and 44ºF for an overnight low.

So, the weather we’ve had this week (and the weather we expect through early next week is pretty close to ‘normal’ for late January.  The temperatures fall within those ‘normal’ boundaries for the foreseeable future.

“Average” snowfall for Huntsville’s winter season is 2.4″ (based on 1981-2010 climatology), and we typically have two days in a season with measurable snow.  We’ve already had one, so what are the odds of another?

In the short-term, we have a warming trend.  Not warm like early January was: this is more of a normal January thaw after a major cold snap. 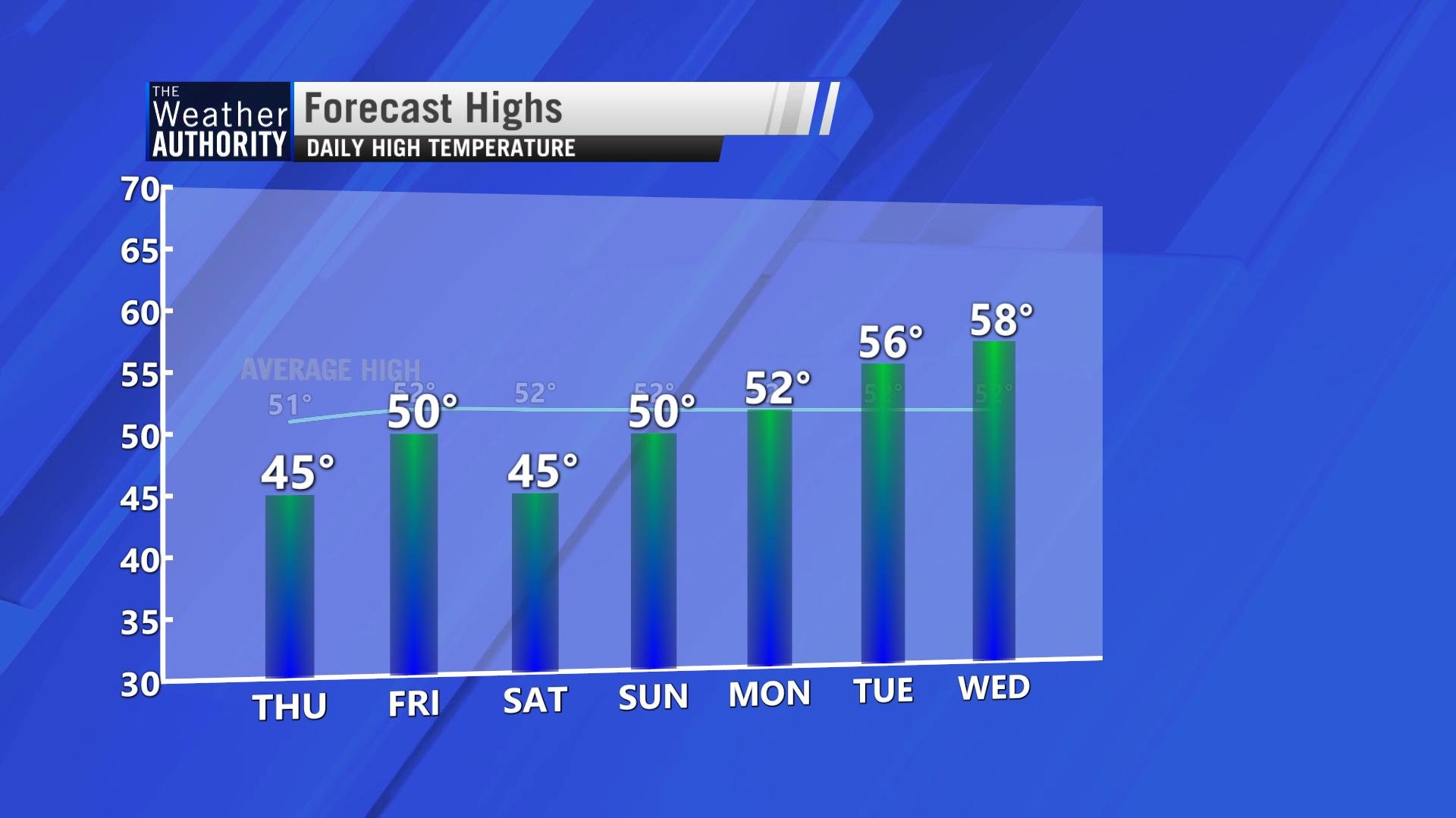 But what’s to come in the next few weeks?

If you follow forecast models closely, they’re probably driving you crazy right now.  That’s why we don’t recommend doing that!

There’s not a lot of what I would call ‘good’ guidance for the next 3-4 weeks, but NOAA’s Climate Prediction Center is drawing something that looks pretty realistic for early/mid February.

That “B” inside the “60” circle means a 60% chance of below-average temperatures for the first half of February.

Does that mean we have a snowball’s chance of snow?  Maybe.

Longer-range European and US modeling shows at least a chance.

The GEFS (American) guidance through the first week of February is more bullish on the odds: coming in around 50% for the Huntsville area sometime between now and February 7th (odds stacked higher after Feb. 1).

…and the European EPS data shows a chance.  It’s just a much lower chance in the same time frame: only around 10-20% probability of at least one inch of snow.

So, what does it mean?

It’s not concrete at all, but if you’re needing a little snow in your life (and you’d like more cold weather), the odds may end up in your favor early next month.  There’s no way to ‘know’ if it will snow or not weeks from now, but this kind of pattern is one that can deliver.  We’ll just have to wait and see if it actually does!

Strong storms are possible along a cold front through Tuesday The Storm Prediction Center has most of the Tennessee Valley under a *marginal risk* of severe storms for Tuesday. Red area is a marginal risk from the Storm Prediction Center Here is a look at the futurecast for the rest of the day. Showers and storms are possible anytime through 6pm. Things should calm down after that as cool air…