A few strong to perhaps severe storms are possible through the early morning hours in northwest Alabama as a cold front approaches the Tennessee Valley. 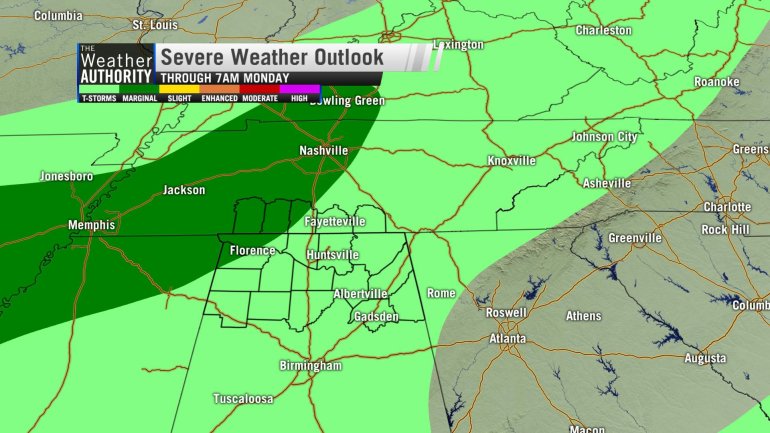 The Storm Prediction Center has placed far Northwestern Alabama under a Marginal Risk for severe weather through 7AM Monday. This means that a storm or two may produce hail as well a strong enough wind gust to knock down a tree or branches. We don’t anticipate widespread severe storms, but a few strong storms around the Shoals will be possible.

The cold front we’ve been talking about moves through Monday morning, bringing with it a good chance for soaking rains. Be aware that this rain will likely fall during the early morning commute hours, a situation that the region has not had to deal with for several weeks. Be sure to budget extra time and drive cautiously over the wet roadways! 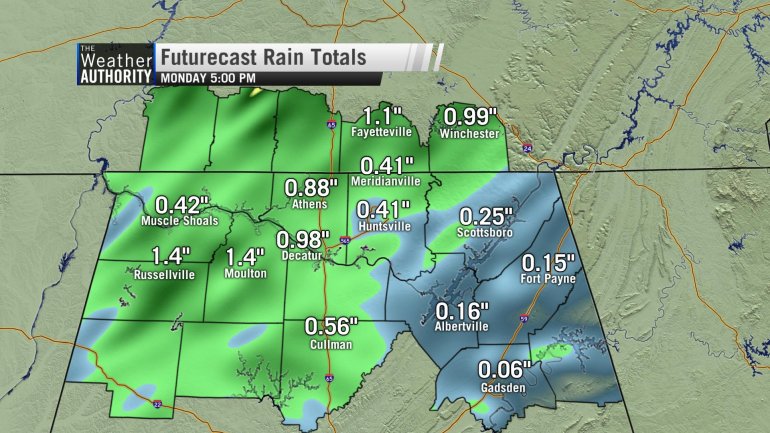 Some spots may only see around a quarter inch, while other spots could exceed one and a half inches.

Behind all that rain comes our first taste of fall weather. Highs will be in the 70s Monday and Tuesday.

A chance of rain all week long? If you notice in the 7-Day forecast that there is a chance of rain for nearly each day of the week, that is due to lingering atmospheric moisture that may allow a few isolated showers to fire up on Wednesday and Thursday. 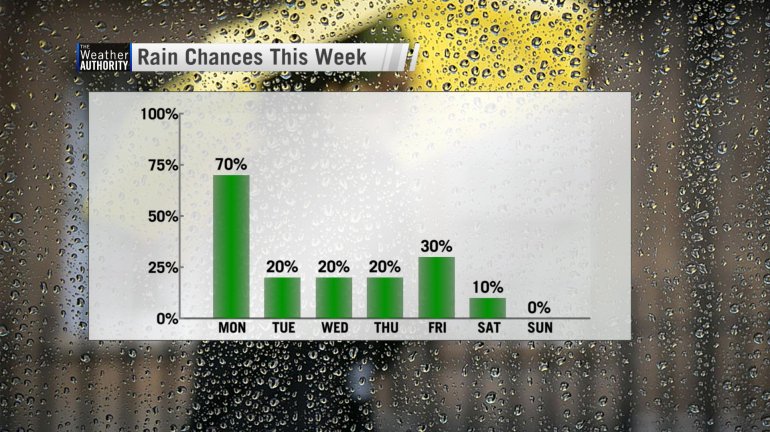 Friday afternoon through early Saturday morning ushers in yet another cold front that will provide another focus for some heavy rainfall. In addition, this cold front will drop temperatures even further!

From summer to winter in one week?! Recall that Saturday [Oct 5] afternoon temperatures broke records for both Huntsville and Muscle Shoals when thermometers reached 97 degrees and 98 degrees, respectively. 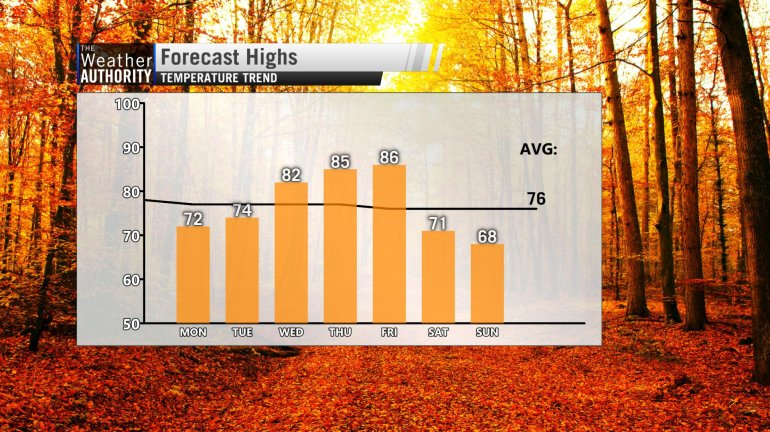 One week later, we may wake up to the season’s first 30-degree temperature readings as temperatures plummet behind this Saturday’s cold front. Huntsville’s official forecast low for Sunday morning is 40 degrees, but our usual cool spots may wake up in the 30s! Check with the WHNT News 19 Forecast Discussion page for updates on these chilly temperatures during the next few days! 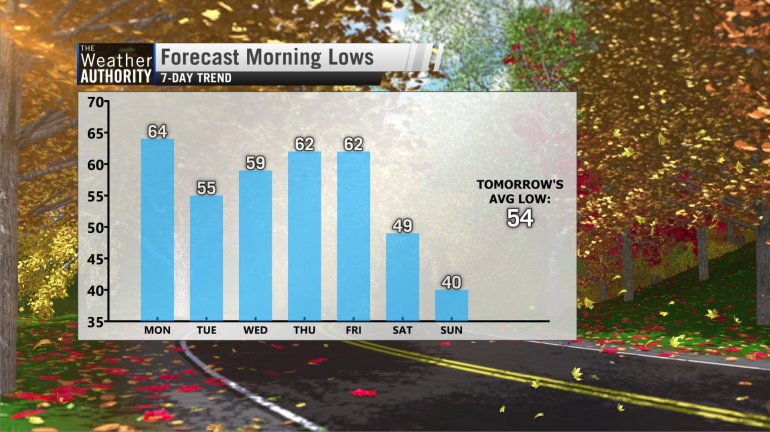 Huntsville International Airport recorded a high in the 80s (81ºF) Thursday for the first time since October 11, 2019: 167 days ago. Muscle Shoals warmed all the way to 86ºF: just one degree short of the record high set in 2007.

That warmth came on the heels of a chilly morning; it was in the 40s to start Thursday, so that dry air warmed up very efficiently under a sunny sky!

It gets even warmer on Friday, and we may set some new record highs: