If you watch a storm like Hurricane Barry as it moves over land, you might notice notice something odd: the right side of the system is producing heavier rainfall and higher winds:

This is very common among tropical systems, and can be explained by their structure and the way that they move. 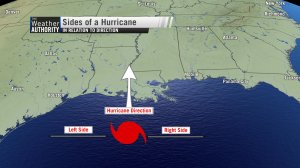 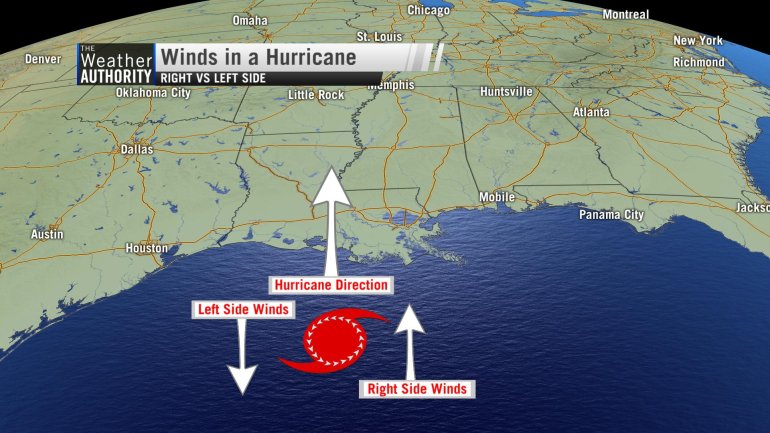 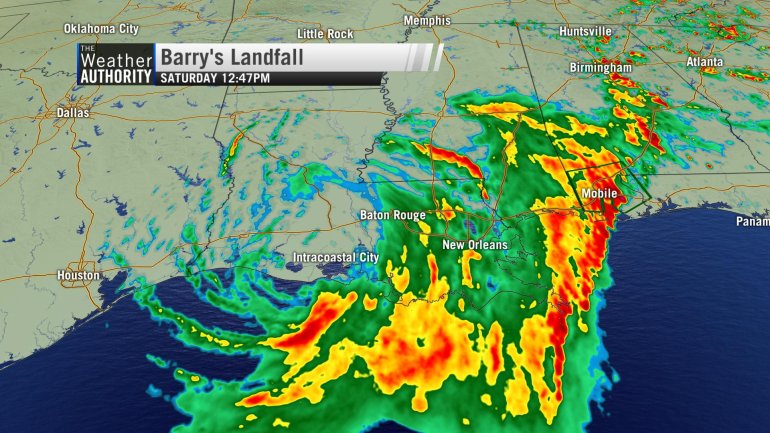