The sky gradually clears Friday night leaving it cold and dry! Temperatures slide to the low-30s by sunrise on Saturday. 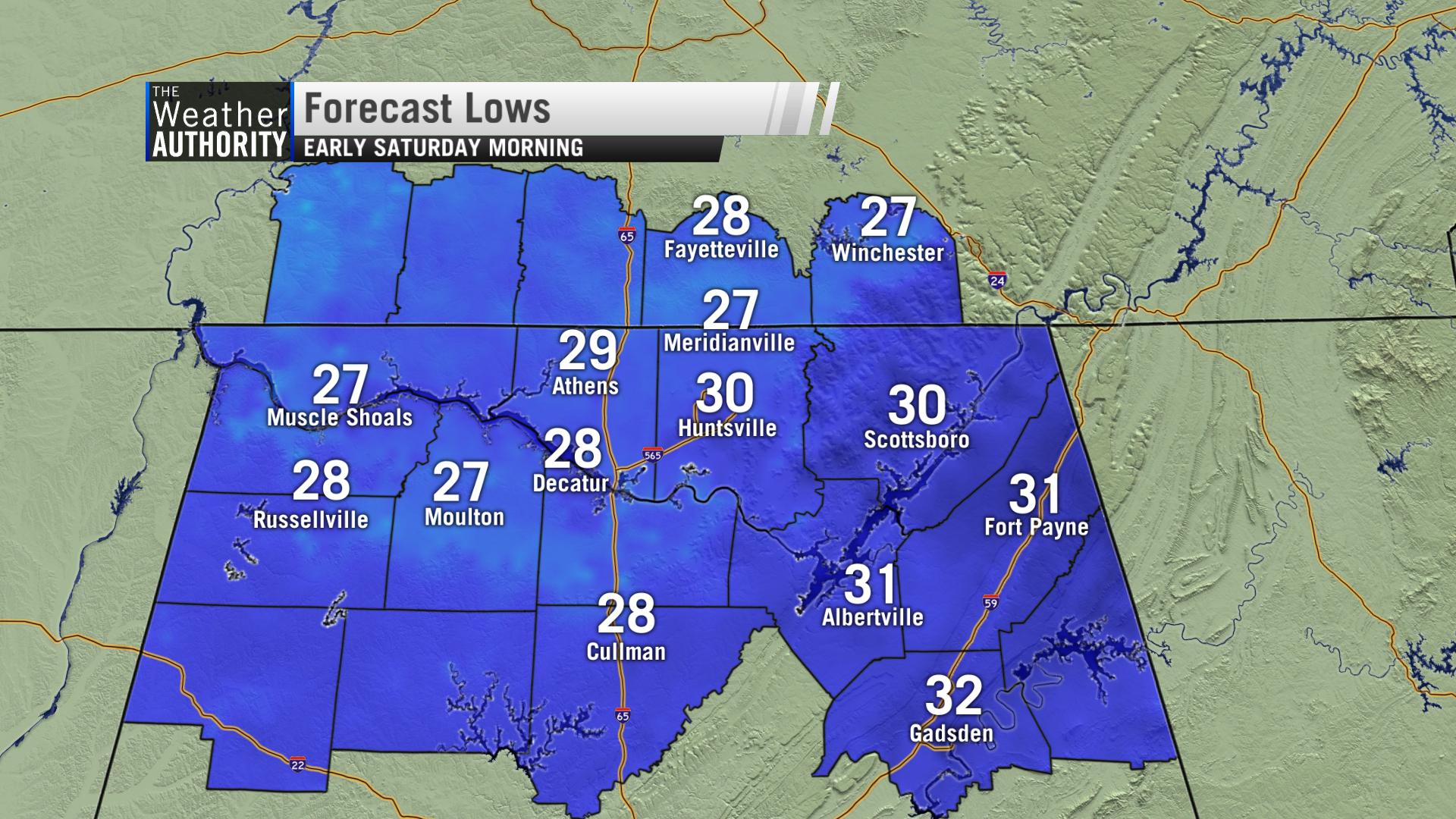 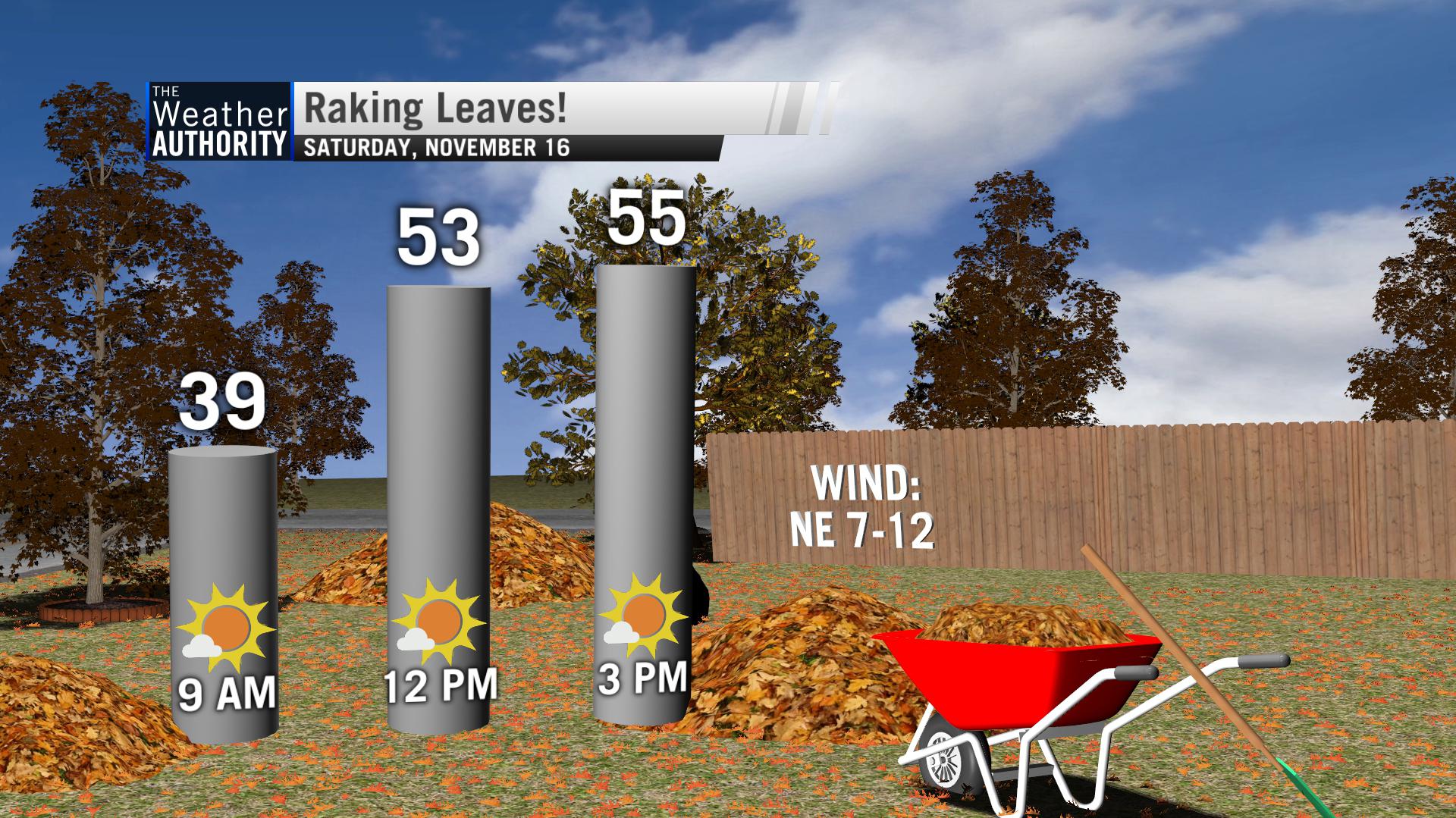 Expect cold mornings and cool, dry, quiet afternoons: not much breeze, no chance of rain, passing clouds but still plenty of sunshine. It gets frosty both Saturday and Sunday mornings, but temperatures climb toward the middle and upper 50s in the afternoons: still a bit below average in a so-far very cold November! 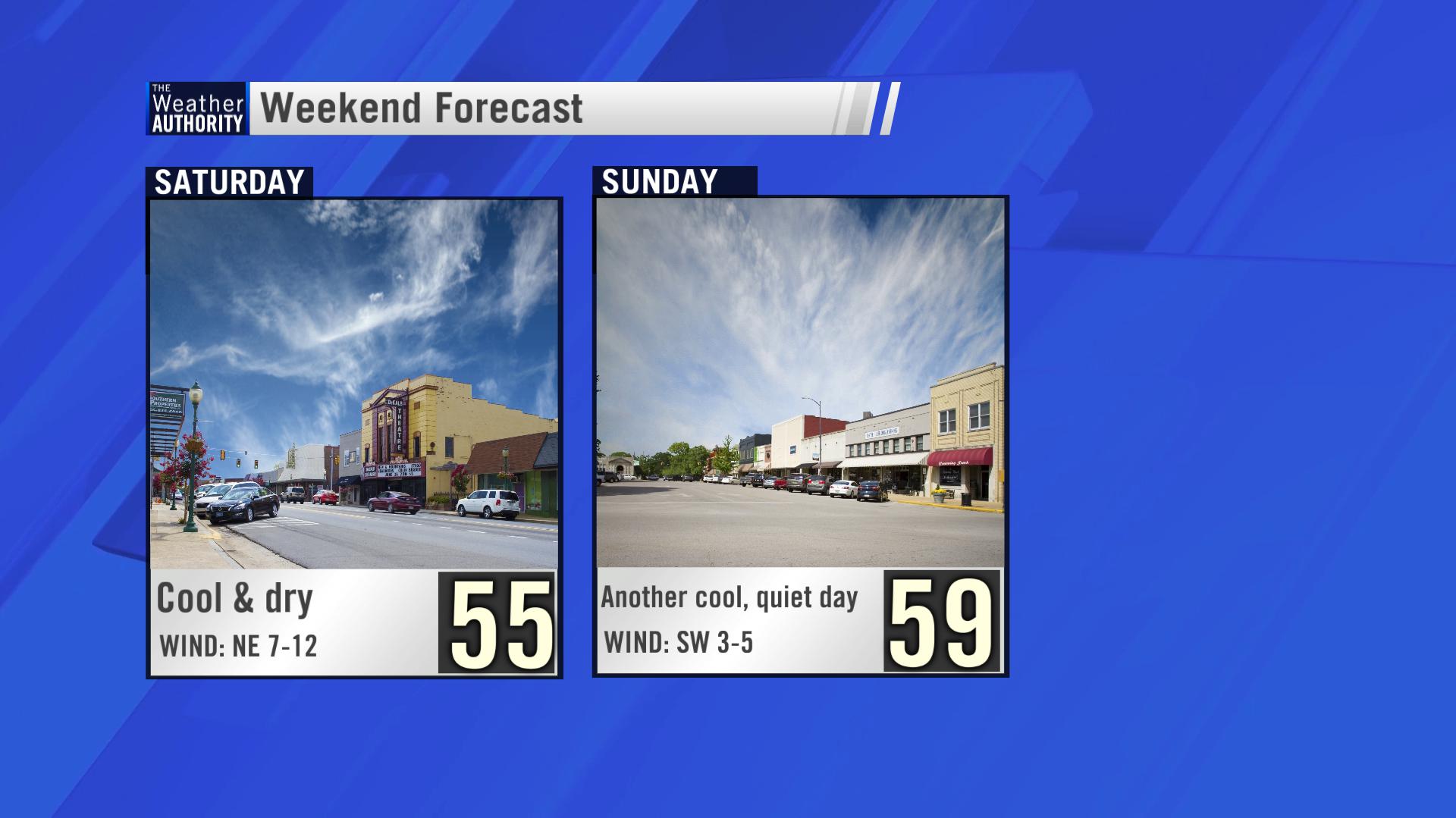 How cold has it been? Huntsville’s average November temperature is 9.9°F below the 30-year average through November 14th. That’s beyond one ‘standard deviation’ of normal; in other words, that’s really, really abnormally cold!

We still expect more below-average chill for the next week; however, it will be within the normal ‘range’ of temperatures for this time of the year. Instead of being bitterly cold, it just looks a little chilly through most of next week.

Looking at next week: Another cold front moves into Alabama and Tennessee Sunday night. It brings a chance of some light showers on the front end; behind it, the weather turns cold again! Expect highs in the 40s and 50s on Monday, a freeze Monday night/Tuesday morning, and then a quick rebound by Wednesday and Thursday.

Daytime highs return to the 60s for a brief period late next week; that’s right on ‘average’ for this time of year, but it won’t last!

We see potential for more colder-than-normal weather starting again next weekend lasting through most of Thanksgiving week.

As far as rain goes, there’s not much to be found.  November’s chill has kept it pretty dry; Huntsville only has about 20% of normal November rainfall thus far with 0.45 inches.  Looking forward, we see potential for some showers at times next week, but it won’t be a big-time soaking anytime soon: