Halloween is a day to celebrate the spook, strange and weird… And apparently north Alabama’s weather wanted to join in on the fun!

Midnight to 3am temperatures were in the upper 60s Halloween morning, and Huntsville registered an official high of 71 degrees on October 31, 2019. 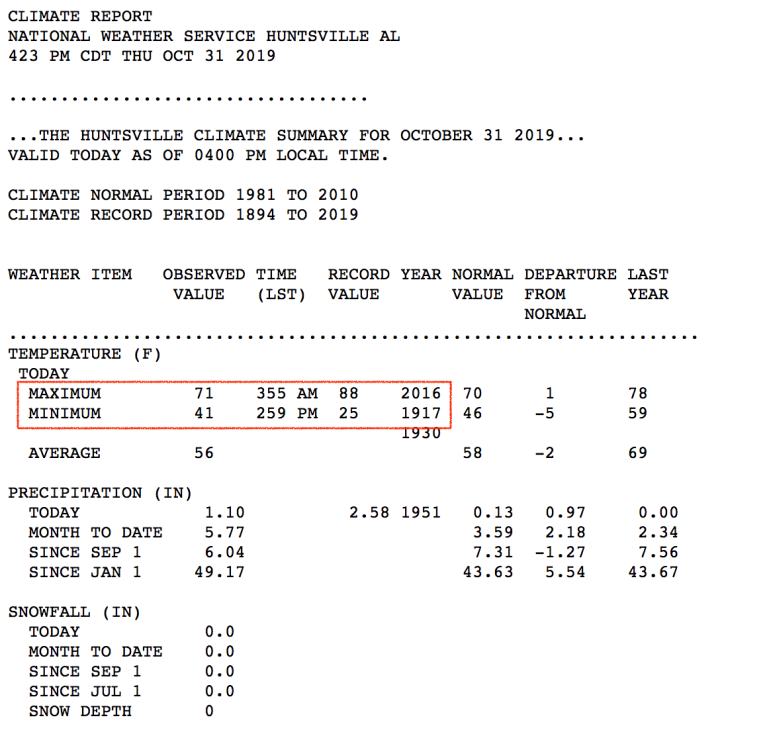 However, the rain came to an end and very cold air surged into the region. Temperatures dropped from 71 degrees at 5am to 45 degrees at 9am, and they never recovered!

While surface temperatures remain in the low 40s, the air just a hundred feet or so above the ground are already below freezing — and a few snow flurries are making their way to the ground in portions of north Alabama.

Below are your reports of snow flurries on Halloween 2019. To think the day began in the 70s, and may end in the low 30s! 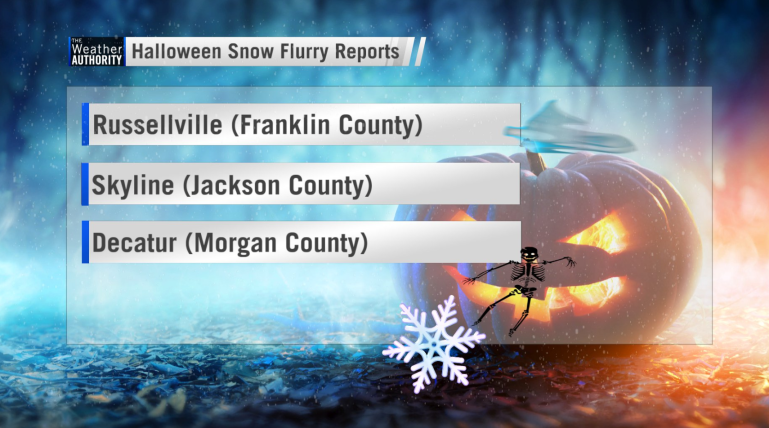 Wildest October ever? From 100 degrees 28 days ago to light snow flurries in Russellville today. We’ve never recorded a month with 100 and 32, but there’s a chance can get there by midnight!

This technically is not the first time it has snowed on Halloween, but it is an amazing stat considering the first few days of October featured record-breaking 100 degree heat! 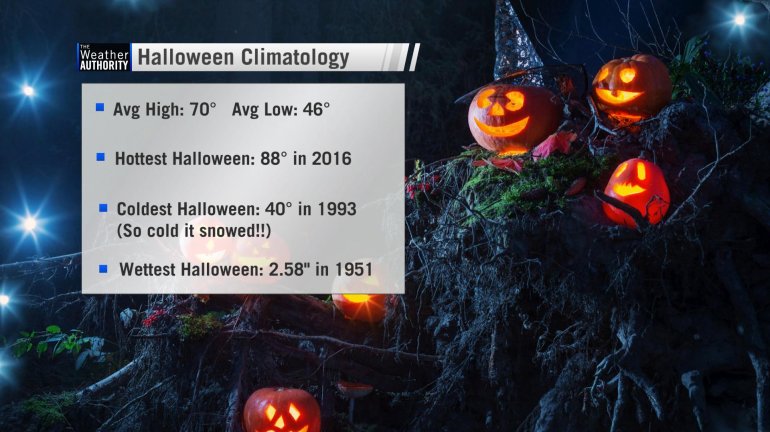 After protests, Lee statue in Virginia to be removed

WATCH: Sen. Doug Jones to speak about demonstrations across the state, COVID-19 updates