Need a weekend to dry out for a change? We’ve got one coming up! Friday’s rain moves out very early Saturday morning; since most of the day will be dry, we have a 0% chance of rain in the forecast for Saturday. We’ll start cool and get nice in the afternoon! Expect a high in the mid-50s. 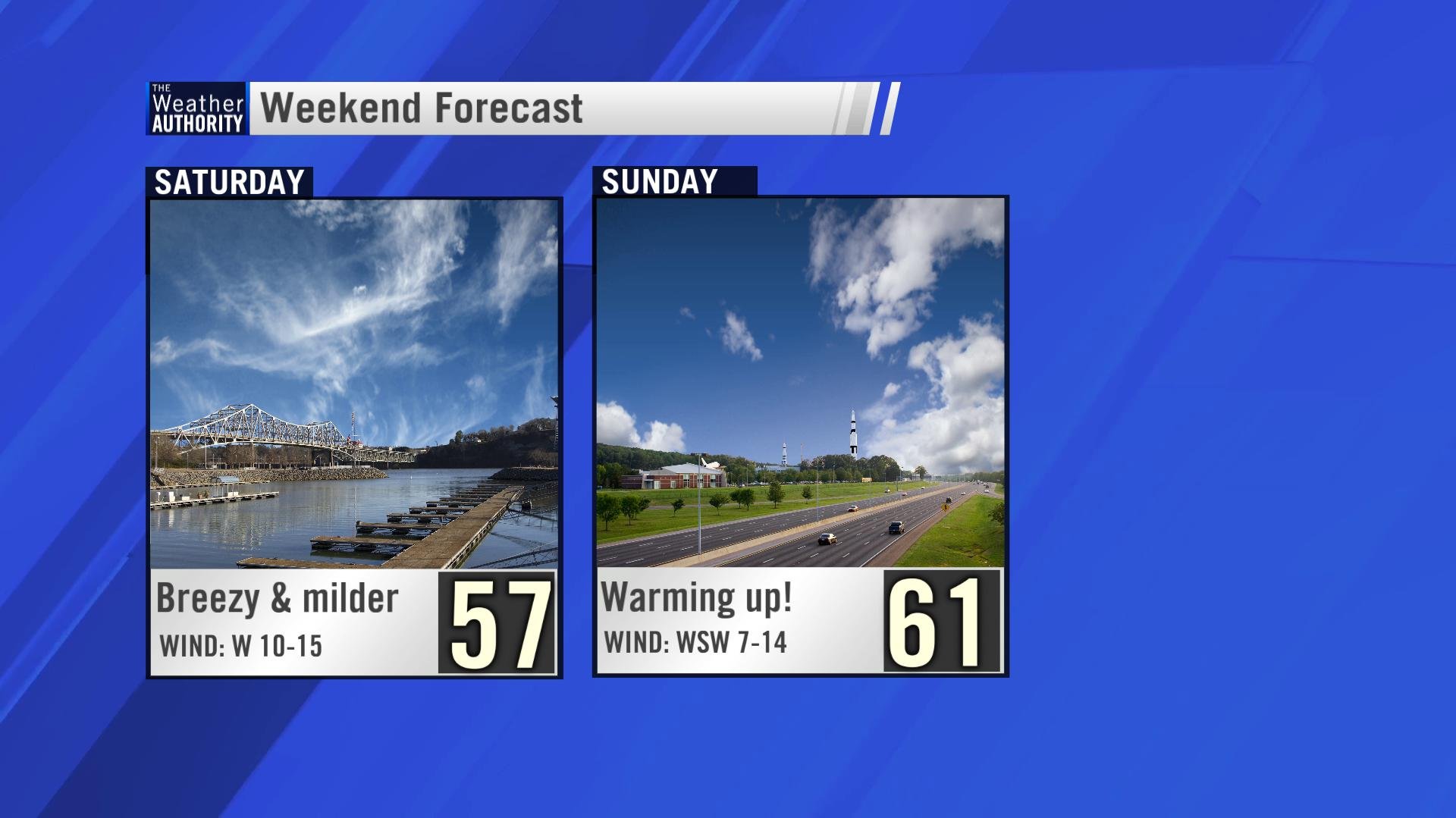 Sunday looks even better: highs in the lower 60s after a chilly morning.

Big warm-up ahead: We’re projecting upper 60s and lower 70s for the first part of next week! A huge warm-up brings temperatures up to spring-like levels for a few days to begin February. 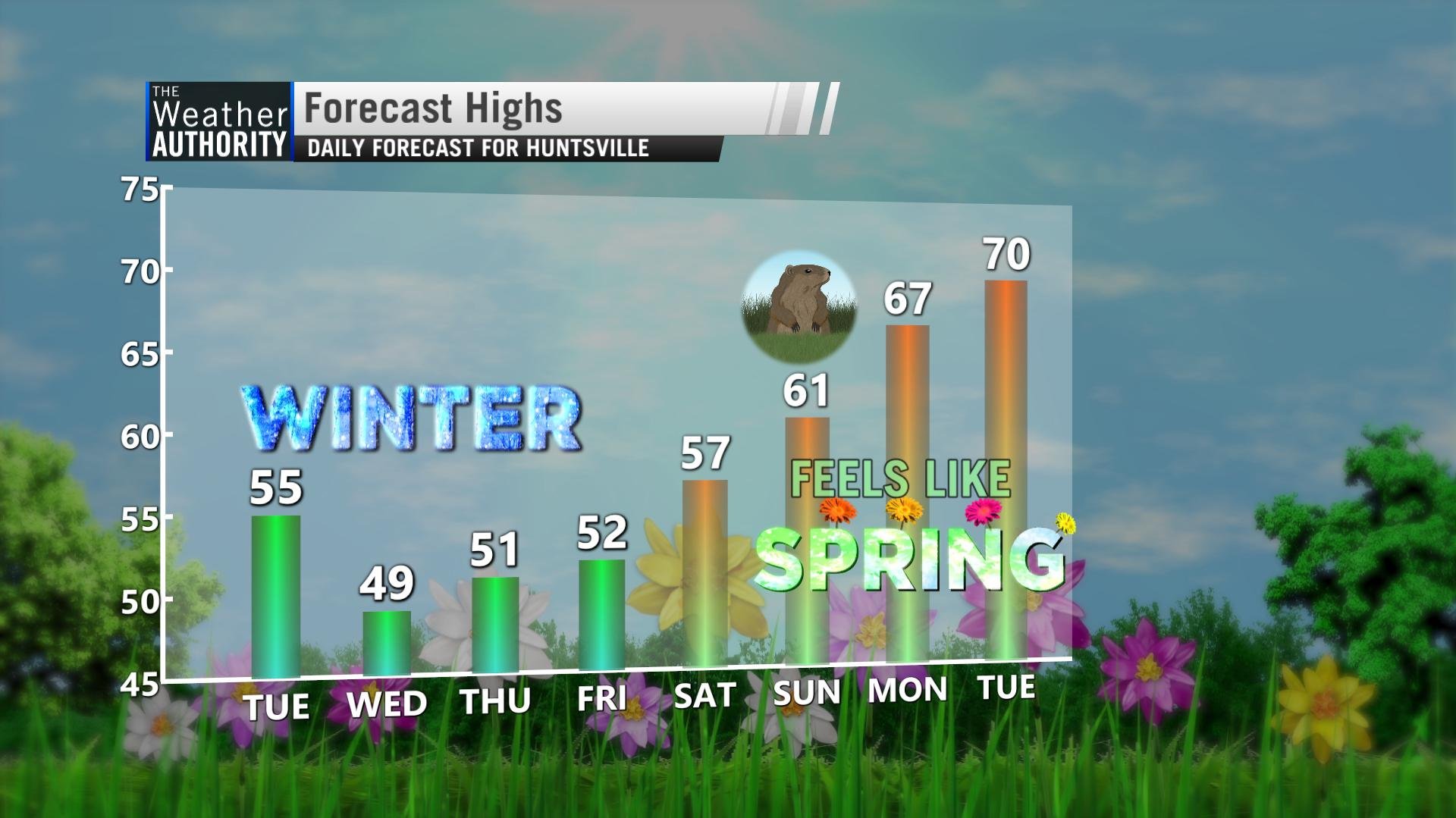 That’s not likely the end of winter, though. The pattern sets up to bring in some seriously cold air again between February 4th and 14th. We’ll see how cold it gets, but it certainly looks cold enough to know we’re not quite finished with this season yet.

What medium-range modeling tells us now:   This is an attention-getter:

We don’t often rely heavily on specific numbers – or even a single model run – more than a week into the future, but there has been a strong signal for a while now that Arctic air would make another surge southward in early February.

That’s why this is somewhat realistic. We could see a 24-hour temperature drop between Tuesday (expecting 65ºF to 70ºF highs) and Wednesday (expecting morning temps around 30ºF) of next week on the order of 40 to 45 degrees or more.

Might there be a threat of wintry weather out there, too? It’s not a great chance, but this would be a pattern to watch for some light snow if it can manage to overpower the cold, dry air from the north.