During the fall of 2016 Alabama was in an exceptional drought – the highest level of drought reflected by the United States Drought Monitor. Now, just over 2 years later, Alabama and most of the U.S. is nearly drought free.

As of May 21st, only 9.38% of the country is either abnormally dry or in drought:

Included in those regions that are considered abnormally dry are portions of Alabama. There are a few different areas of Alabama that are now feeling parched for late-May: the northwest corner of Alabama, east central Alabama, and south/southeastern Alabama.

This is despite the deluge of rainfall that came to us this past winter. In fact, rainfall totals for both the year of 2019 so far and the month of May so far are near or above average: 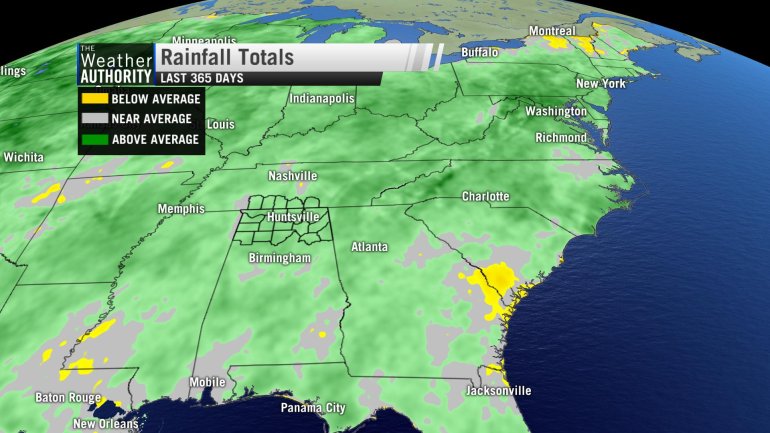 However, if we look at just the last 30 days, you’ll see areas of yellow/orange reflecting rainfall totals below average: 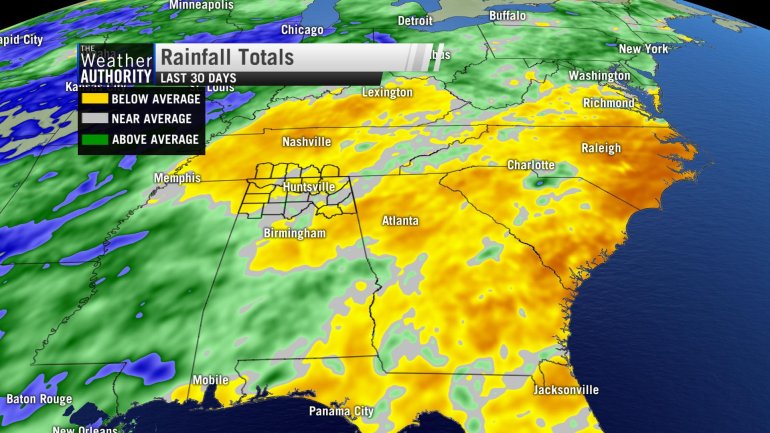 The areas that have received below average rainfall just in the last 30 days line up almost perfectly with where the ‘abnormally dry’ conditions have developed.

So, should you be worried about drought? Not yet. The abnormally dry conditions in North Alabama have developed just in the last few weeks; going without rain for a mere 5-10 days has left our soils thirsty, but as long as this dry stretch breaks soon we’ll be alright.

Right now, it looks like rain chances will rise again just in time for May to come to an end. For details on the forecast head to our daily forecast discussion here: whnt.com/forecast

Tropical Depression 5 has formed in the Atlantic Ocean. TD 5 is expected to form into Tropical Storm Edouard later today, but it won't have any direct impacts on the United States as it lifts northeast.

An area of disorganized showers is expected to slowly organize and strengthen along the Gulf Coast and lift northeast towards the Carolinas as we head through the week.\

No more delays — July 15 is Tax Day. What to know about the deadline

Here are sample ballots for the upcoming runoff election