Storm surge flooding is the greatest threat to life and property during a tropical system, and storm surge directly accounts to approximately half of the deaths associated with tropical storms and hurricanes in the U.S.

As a tropical system inches closer to shore, the familiar tropical storm and hurricane watches or warnings go into effect for those living near the coast.

However, you may also hear of storm surge watches and warnings also being issued. These alerts were first put into operation by the National Weather Service during the 2017 Atlantic Hurricane Season. 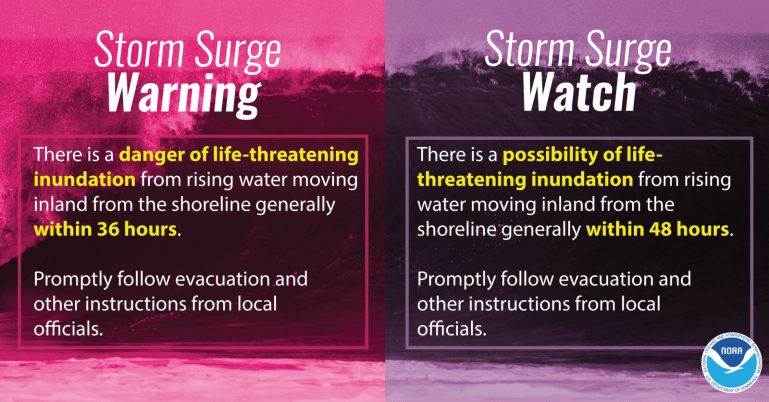 What is storm surge?

Storm surge occurs when winds within the tropical system push ocean water onshore. As the water approaches land, it accumulates or “piles up”, creating the surge of water known as storm surge. 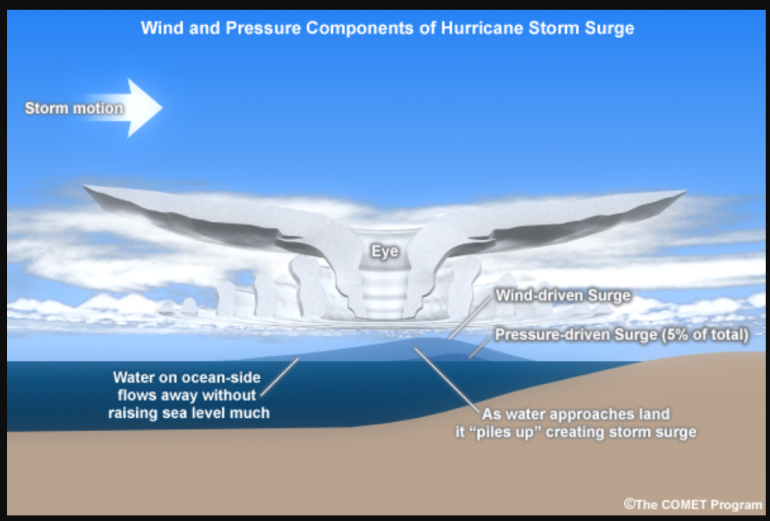 The height, or strength of storm surge depends on a number of factors: 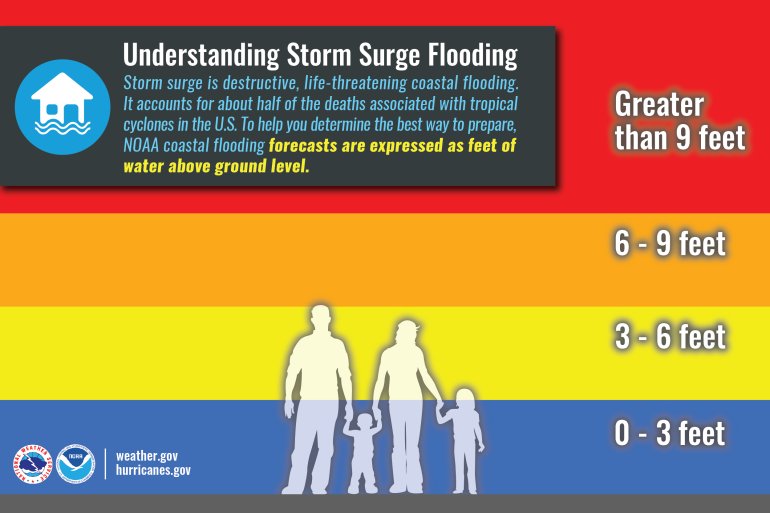 That much ocean water is going to go somewhere, and that somewhere is inland. This is why storm surge watches or warnings will be in effect miles away from the actual coastline. 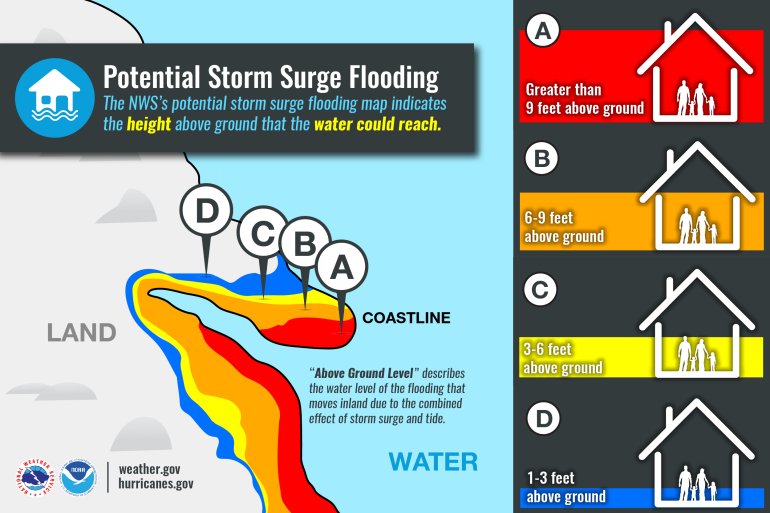 It is important to note that storm surge flooding is the greatest threat to life and property during a tropical system, and storm surge directly accounts to approximately half of the deaths associated with tropical storms and hurricanes in the U.S.

NOAA coastal flooding forecasts are given as feet above ground level in order to account for variations within land elevation and other geographical features. 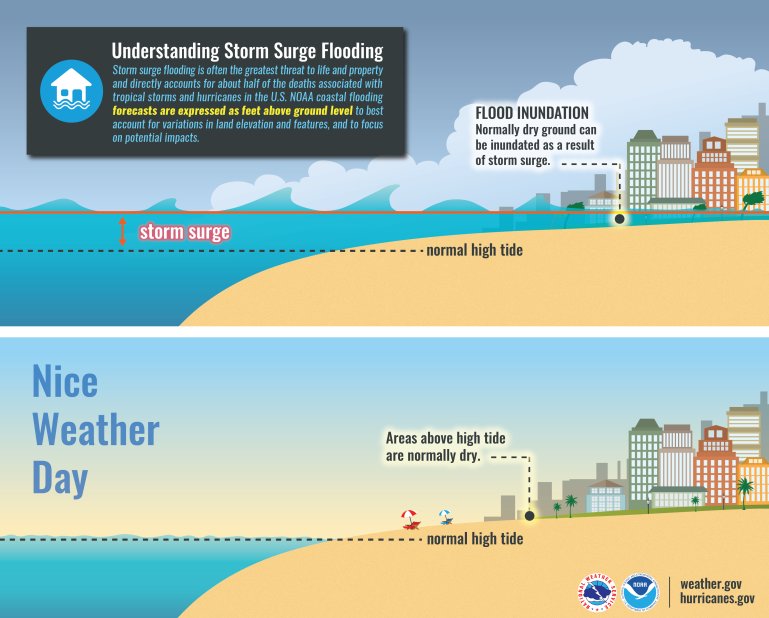 For the latest tropical forecast information, including storm surge watches and warnings, be sure to check the National Hurricane Center.

Tropical Storm Beta formed in the Gulf of Mexico, will impact Texas next week

Tropical Storm Beta formed in the southwestern Gulf of Mexico.

It will impact the southern coast of Texas before curving northeast towards the Louisiana border.

Break out the Greek Alphabet! The 2020 Atlantic Hurricane Season has officially run out of names, as Subtropical Storm Alpha formed off the coast of Europe around 11:30am CDT Friday.

Alpha is the first Greek name tropical system since 2005, when so many tropical storms and hurricanes formed that the naming system went to Zeta. In fact, Tropical Storm Zeta formed on December 30, 2005 and dissipated on January 7, 2006.

The hurricane season gets wackier! Wilfred forms in the far  east Atlantic giving us the last name of the season. The Greek Alphabet is next! Here is the track of Wilfred.  Here is the text from the National Hurricane Center: BULLETIN Tropical Storm Wilfred Advisory Number 1 NWS National Hurricane Center Miami FL AL232020 1100 AM AST Fri Sep 18 2020 ...WILFRED FORMS IN THE EASTERN TROPICAL ATLANTIC... ...GET OUT…