The Tropical Atlantic can get active in a hurry as August arrives. Right now there are two systems to watch. One is over Hispaniola as the other moves over the far east Atlantic. Thankfully, the one closest to us is unlikely to develop. It will spread heavy rain to the Bahamas and more up the east coast as just a tropical wave. Development is not expected with that one. 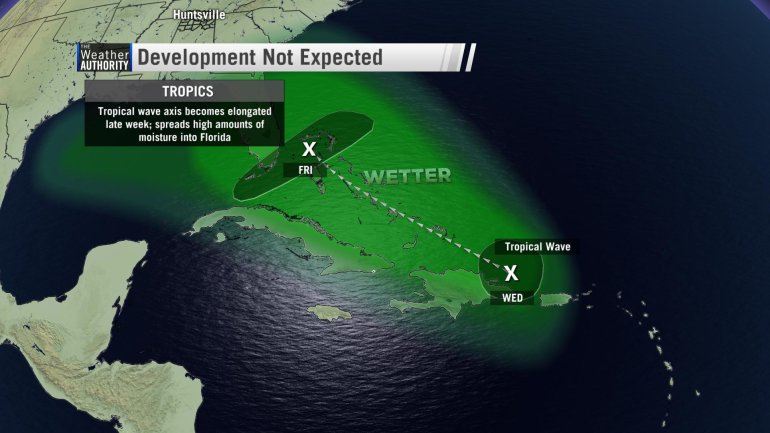 Looking the bigger view, another system is in the far east Atlantic. Right now it’s not very organized, but that could change. The atmosphere could become more favorable for development in the coming days. The National Hurricane Center gives this a 40% chance of development by the weekend. 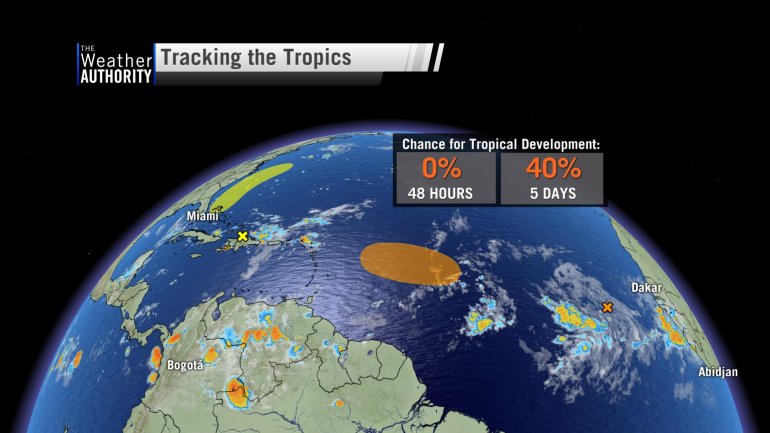 Remember August can get active in a hurry. We’ve seen no activity to multiple tropical storms in just a few short weeks. The peak of hurricane season is September 10. That’s six weeks from now. Almost the entire Tropical Atlantic is open for business at this time. Here is a look at some of the formation zones for August. Some of the hot spots are the far east Atlantic  and Caribbean Sea with a west-northwest motion to each system.

Here is another look at the names list. We had Andrea in May with Barry moving through the southeast in mid-July. Chantal is next on the list. 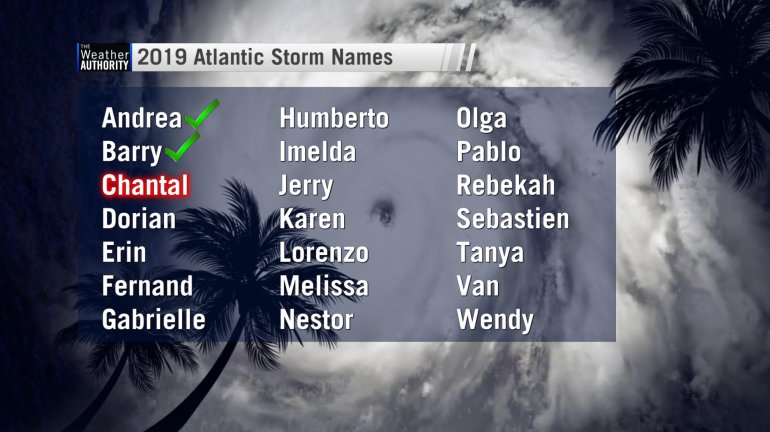