Trouble in the Gulf? The National Hurricane Center outlines a region of the far western Caribbean where some tropical development ‘might’ come from in the next 5 days. The odds of development right now are slim in the Caribbean, but there’s a little better chance of something brewing over the Bay of Campeche through the end of this week. 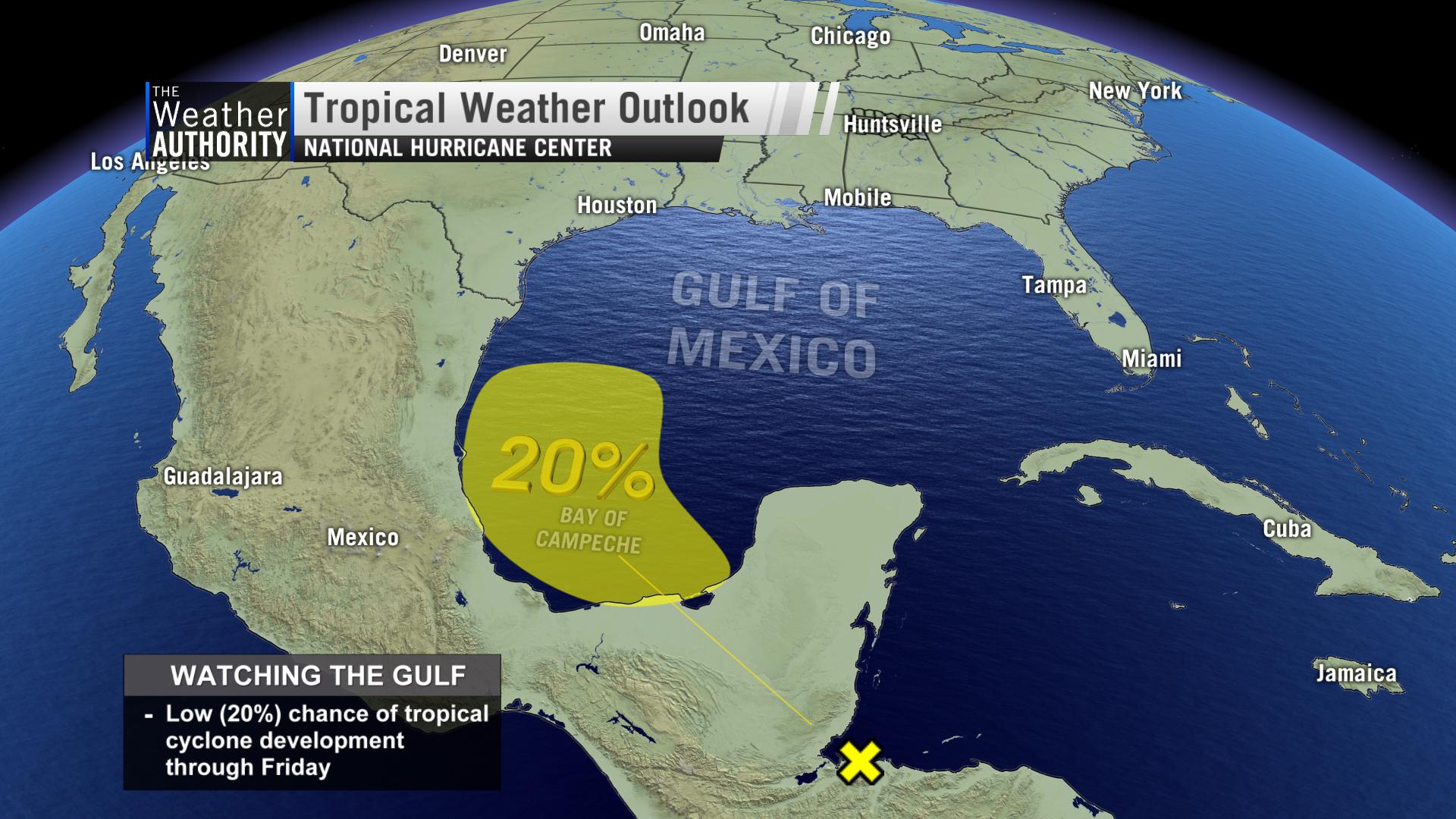 This feature could have some influence on the weather in Alabama this weekend: if it can move inland over the northern Gulf Coast before a strong cold front approaches Monday/Tuesday of next week. We’ll keep an eye on it! 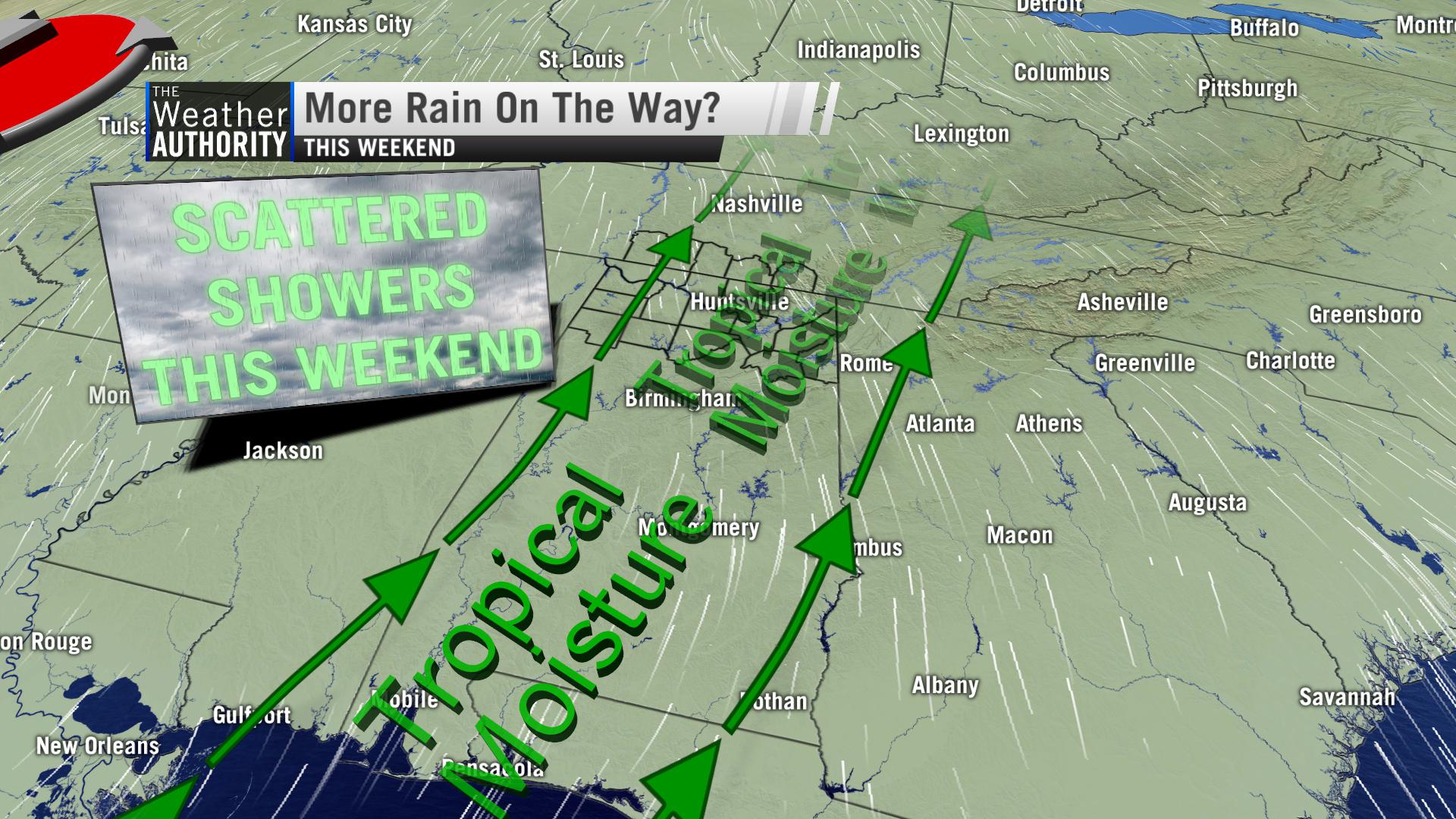 The weekend: The feature in the Gulf could spread some showers as far north as the Tennessee Valley Saturday and Sunday; however, the odds of measurable, significant rain are still slim for now.

Expect warmer-than-average weather for the weekend: highs in the 70s, lows in the 50s/60s.

Rain chances are definitely ‘changeable’ as we get a better handle on how the tropical moisture to the south could influence us.

Next week: A strong cold front blows into the region Monday and Tuesday of next week. It looks dynamic: a lot of muscle (strong winds aloft) and instability to work with. That could spell some stormy weather in about seven days! 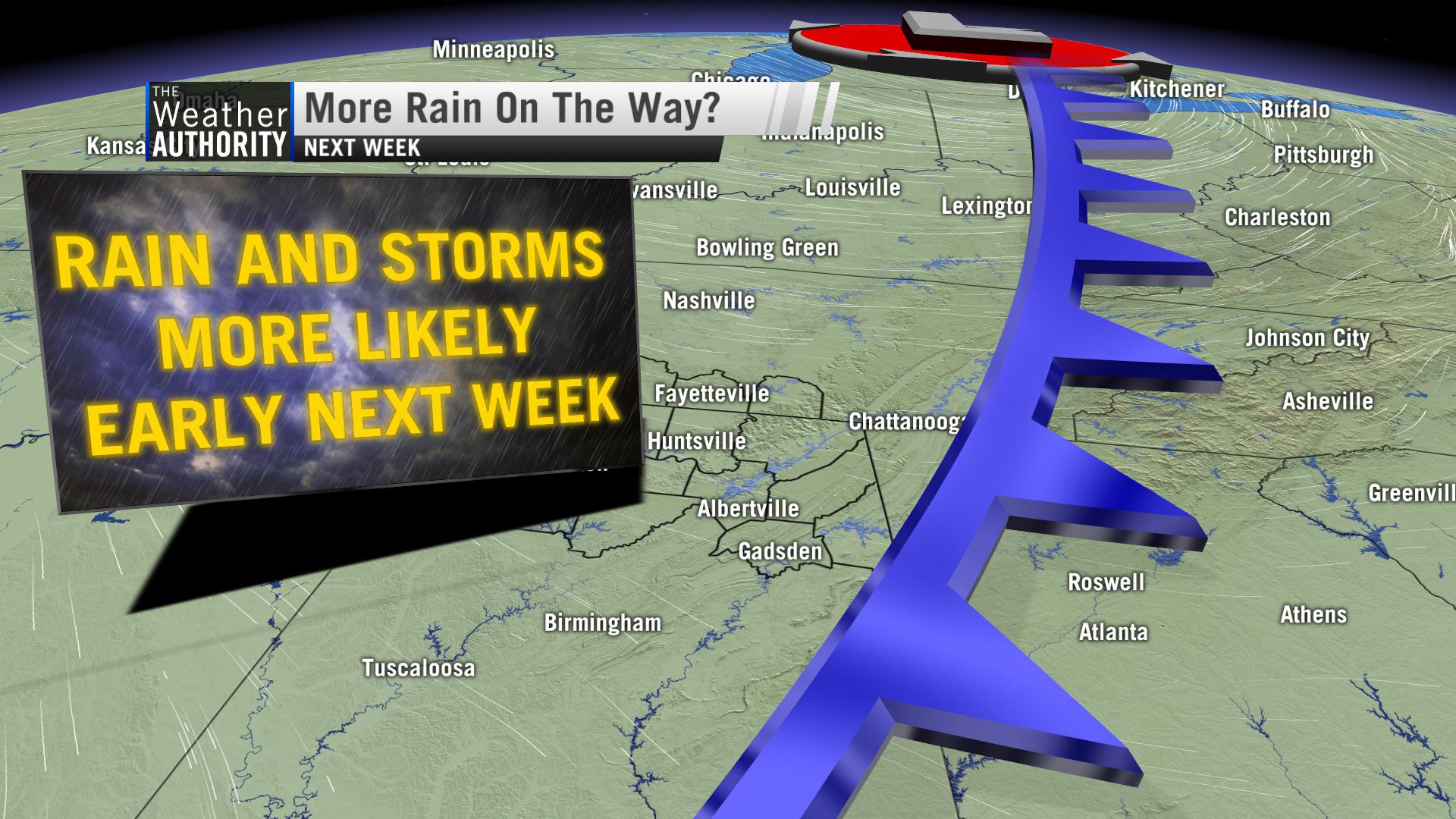 (MORE: The Valley’s “other” tornado season picks up in October)

We are in the middle of the driest stretch of the year as we haven't had any measurable rain for the month of April. Sunday was the fifth day in a row with 0.00" in the rain gauge at Huntsville International. Hard to believe after 28"+ for January, February, and March. Several locations had over 30" for that three month period. Here Comes the Rain There will be a few…

Analyzing The Chance For Strong Storms This Week

Warm and humid Sunday, rain on the way Tuesday

The clouds drifted into the Tennessee Valley Saturday afternoon, but they didn't put a damper on our afternoon temperatures! Thermometers at Huntsville International Airport reached 78 degrees Saturday, and they reached the mid-70s in The Shoals.

Expect a partly to mostly cloudy sky for Sunday morning, with cool temperatures in the low to mid 50s. Sunday afternoon will feature a mix of sun and clouds, and a brief isolated rain shower is possible, but overall dry conditions will prevail through Sunday evening. Afternoon temperatures will climb to the mid to upper 70s again, which is about 5-7 degrees above average.

A fire at a Florida airport destroyed more than 3,500 rental cars

Grocery workers are key during the virus – and they are afraid