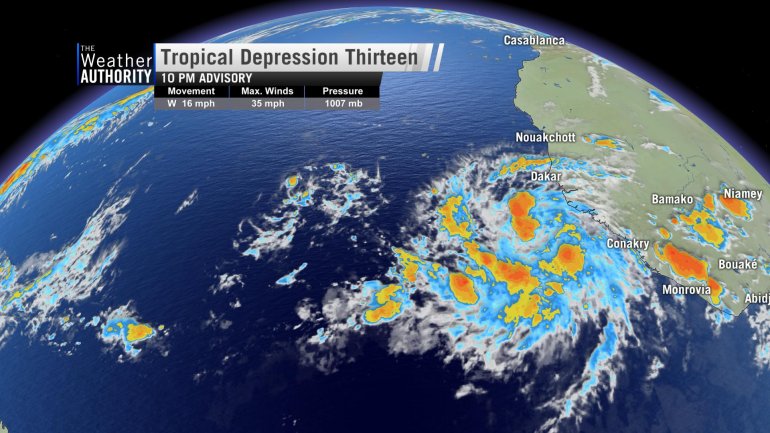 The thirteenth tropical depression of the 2019 Atlantic Hurricane Season formed late Sunday night off the coast of west Africa.

The tropical cyclone is expected to move west-northwest into the open waters of the Atlantic Ocean, strengthening into a tropical storm and eventually a hurricane along the way.

If it does, it would receive the name “Lorenzo” and become the twelfth named storm of the 2019 Atlantic Hurricane Season. 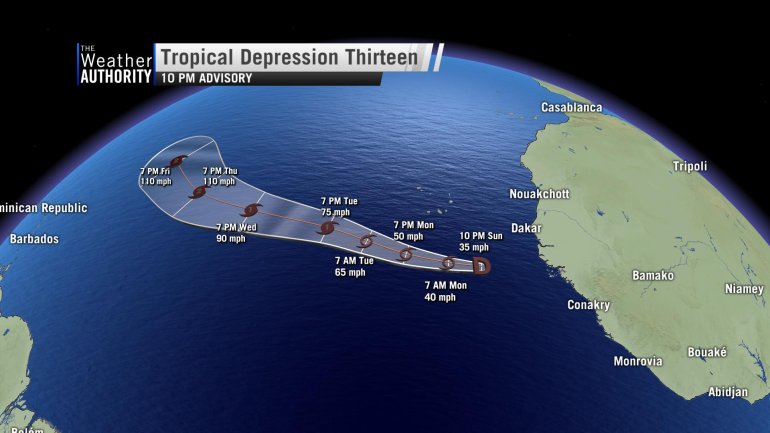 At this time, this tropical system is not expected in impact land areas within the next several days.

Interests in the Cabo Verde Islands should monitor the progress of
this system.

Maximum sustained winds are near 35 mph (55 km/h) with higher gusts.
Steady strengthening is expected, with the depression forecast to
become a tropical storm on Monday and a hurricane by Tuesday night.

As the Perseid meteor shower begins to pick up more, the weather looks pretty fantastic for those looking to catch a few meteors.

While we're still a week away from the peak of the shower, the weather looks great through Friday night for viewing this shower. Best viewing will be away from city lights, between midnight and dawn. Moonlight will make this year's Perseids a bit less vibrant as previous years, but a little patience might pay off over the next few nights. If you happen to snap any pictures of something interesting in the sky, send it to us using Live Alert 19 on your phone.

Photos show Lebanon before and after explosion

Limestone County man sentenced to life in prison for 2017 murder