The hottest day of 2019 so far was back on June 21st, when Huntsville International hit 97°F. Since then our temperatures have consistently hit the 90s each afternoon, but we’re still nearly a month away from what is typically the hottest part of the year for us in Alabama!

The map below shows when each region of the United States receives their hottest temperatures, based on a 30-year average: 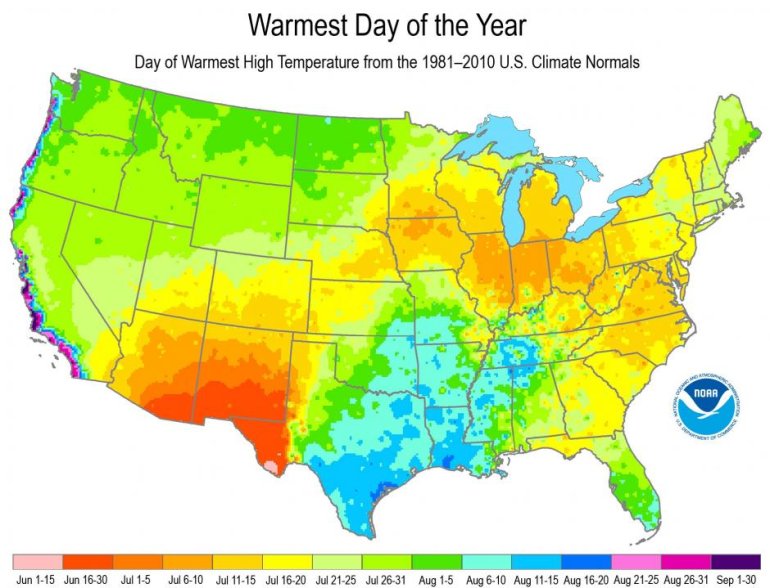 For nearly the entire United States the warmest day of the year comes after the summer solstice, despite the fact that the solstice is the day in which the most incoming solar radiation reaches the Earth. This is because the heat from the sun is still greater than the cooling that occurs at night, well into the summer.

For Alabama the warmest day occurs in late July or early August. In Huntsville the exact warmest day on average occurs on August 6th, but in reality this varies from year to year. The trend is usually quite similar though; our average high temperature usually peaks in early August, then begins to cool off by September as we approach Autumn. 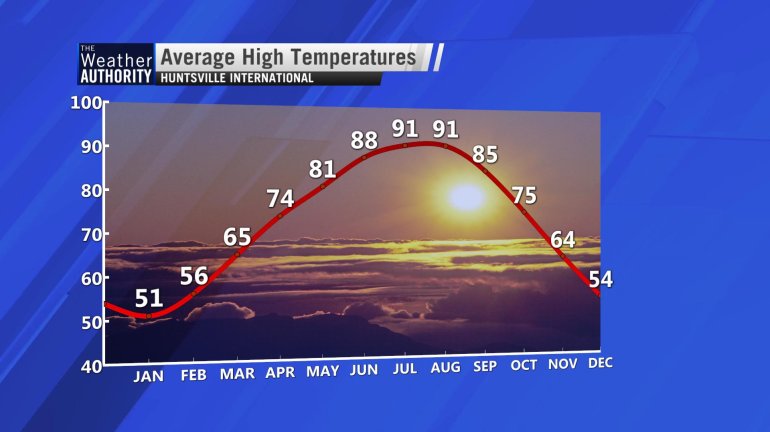 You might notice that our warmest day is earlier than the region just to our west, over Texas. This is in part because the Atlantic tropical season begins to pick up after August, which can often bring in more clouds and higher rain chances to regions closer to the East Coast. With more clouds and rain around, temperatures will be cooler than they were in previous months.

A similar effect causes the Southwest of the United States to have an even earlier warmest day of the year than us or Texas. Instead of the tropical season though, it’s the monsoon season which is usually most active through the later summer. This causes the warmest day over the Southwest to occur as early as June!

Looking for more details about this week’s heat? Head over to our forecast discussion here: whnt.com/forecast