Skip to content
Breaking News
Breaking News
School systems delaying class time on Friday due to cold temperatures
This is an archived article and the information in the article may be outdated. Please look at the time stamp on the story to see when it was last updated.

Heading into the unofficial start of summer, temperatures will soar into the mid to upper 90s for the Memorial Day Weekend. 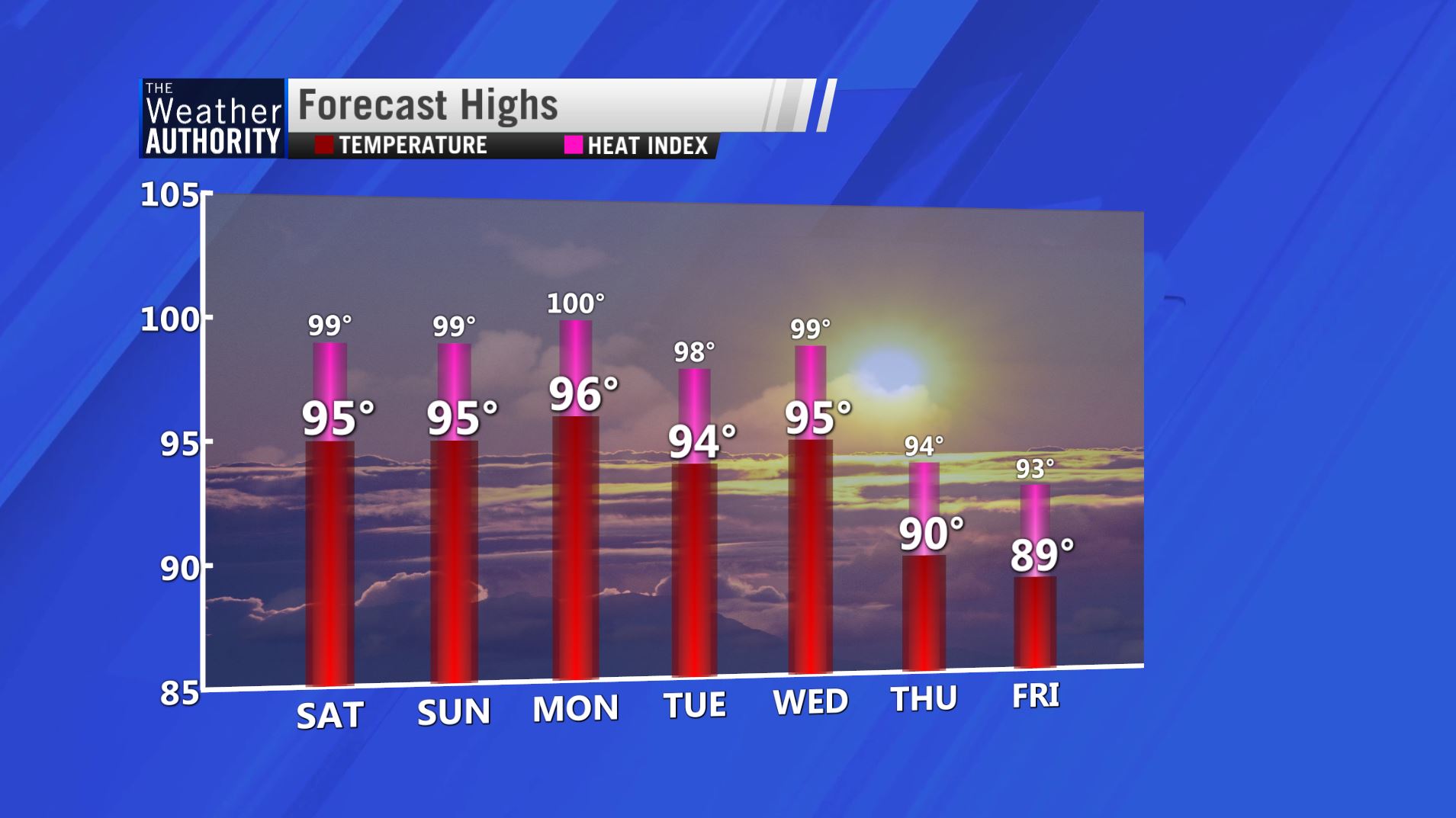 Many swimming pools — including those at Point Mallard Water Park — will open up on Saturday for the first time this season, and hopping in the water is a great way to cool off during the hottest temperatures of the season. 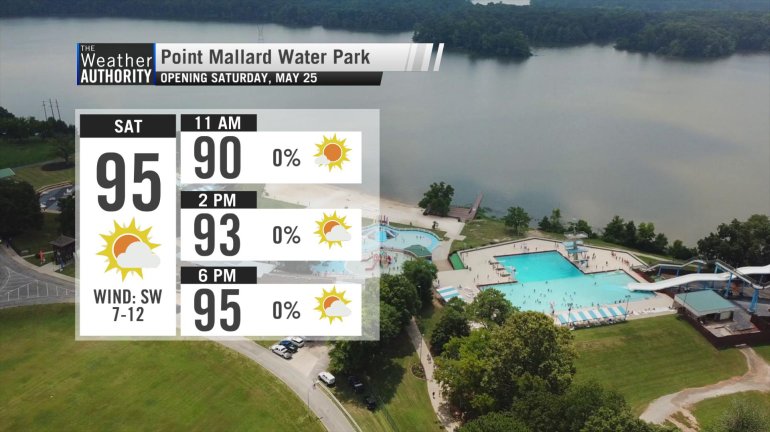 As we head into the summer, you’ll hear terms like “Heat Advisory”, “Heat Index” and “Heat Wave”, all of which have specific criteria based on geography/region.

According to the National Weather Service in Huntsville:

Why is it so hot for so long? Heat of this duration is usually caused by high pressure, also known as a “death ridge” that remains parked over southeast Georgia. As surface air flows clockwise around the high, warm and humid air is pulled into the Tennessee Valley — but the high also prevents clouds and storms from approaching the region. 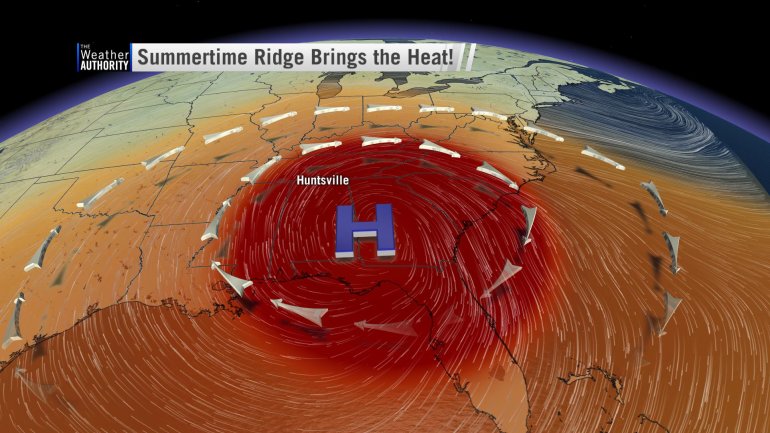 Meanwhile, the high acts as a “ridge” or “dome”, where air rises around the ridge before sinking in the center of the dome. This sinking motion causes air to compress against the surface of the ground — and compressed air heats up, a property that is well known in thermodynamics (anyone who works with pistons is familiar with this concept).

As a result, partly cloudy skies and strong sunshine allow temperatures to climb into the mid-to-upper 90s with very little chance of a rain shower. The “death” part of the phrase “death ridge” means the dome of high pressure kills any chance of strong thunderstorms from forming in the afternoons.

Now  that you know the science behind the heat wave, go jump in a pool and cool off!

Clouds, rain and snow move out Thursday evening leaving us breezy and downright cold tonight! Temperatures plunge into the lower and middle 20s by daybreak Friday. That cold air chills roads quickly, and any of those usual trouble spots (Chapman Mountain, I-565, etc.) could have some patchy ice for the drive into work and school on Friday.

At 6am, rain falls with light snow in the higher elevations. We saw flakes from our Monte Sano camera this morning. Rain along with a wintry mix is in the forecast through the late morning perhaps as late as the early afternoon. Minor accumulations are possible.

Rain and some snow likely on Thursday

A broad area of rain moving northeast across Alabama into Tennessee early Thursday morning. The northern edge of that rain begins to mix with some snow and sleet, potentially changing to all snow, between 7 AM and 11 AM.

Huntsville's temperature has been above freezing since Saturday morning. That's important because conditions prior to a snowfall matter big time in how snow or ice could accumulate: especially on the roads.