Huntsville touched 90ºF for the third time this month on Tuesday, and we have at least seven-straight days of 90ºF+ heat in front of us.  Spring technically has a month left (30 days), but Summer is already muscling in over the South!  A strong ridge (high) over the region suppresses showers and storms, forces the jet stream to the north, and cranks up the heat through the weekend.  Daytime high temperatures could get as high as 95ºF by Saturday afternoon.

We maintain a slim chance of a spotty shower or two each day: 10%.  The ridge building over Alabama this week is probably enough to squash most showers before they even get started; however, it’s entirely possible that a single downpour could develop here or there in this kind of environment.  So, instead of ‘expecting’ rain this week, just be aware a brief shower could happen.

Memorial Day Weekend & Graduations: It’s graduation season and the first big holiday weekend of the summer season as well!  If you’re looking confirm a graduation time, check them out on WHNT.com!  Over-all, we don’t expect any major rainy or stormy weather through the end of the week for any ceremonies, but one or two isolated showers will be possible!

This weekend just looks hot.  Water temperatures on area lakes range from around 75ºF on Lake Guntersville to as warm as 80ºF on Wilson Lake.  That will be about 15ºF to 20ºF below the air temperature on Saturday, Sunday and Monday!  It’s going to be hot, so find a way to keep cool for the Memorial Day Weekend. 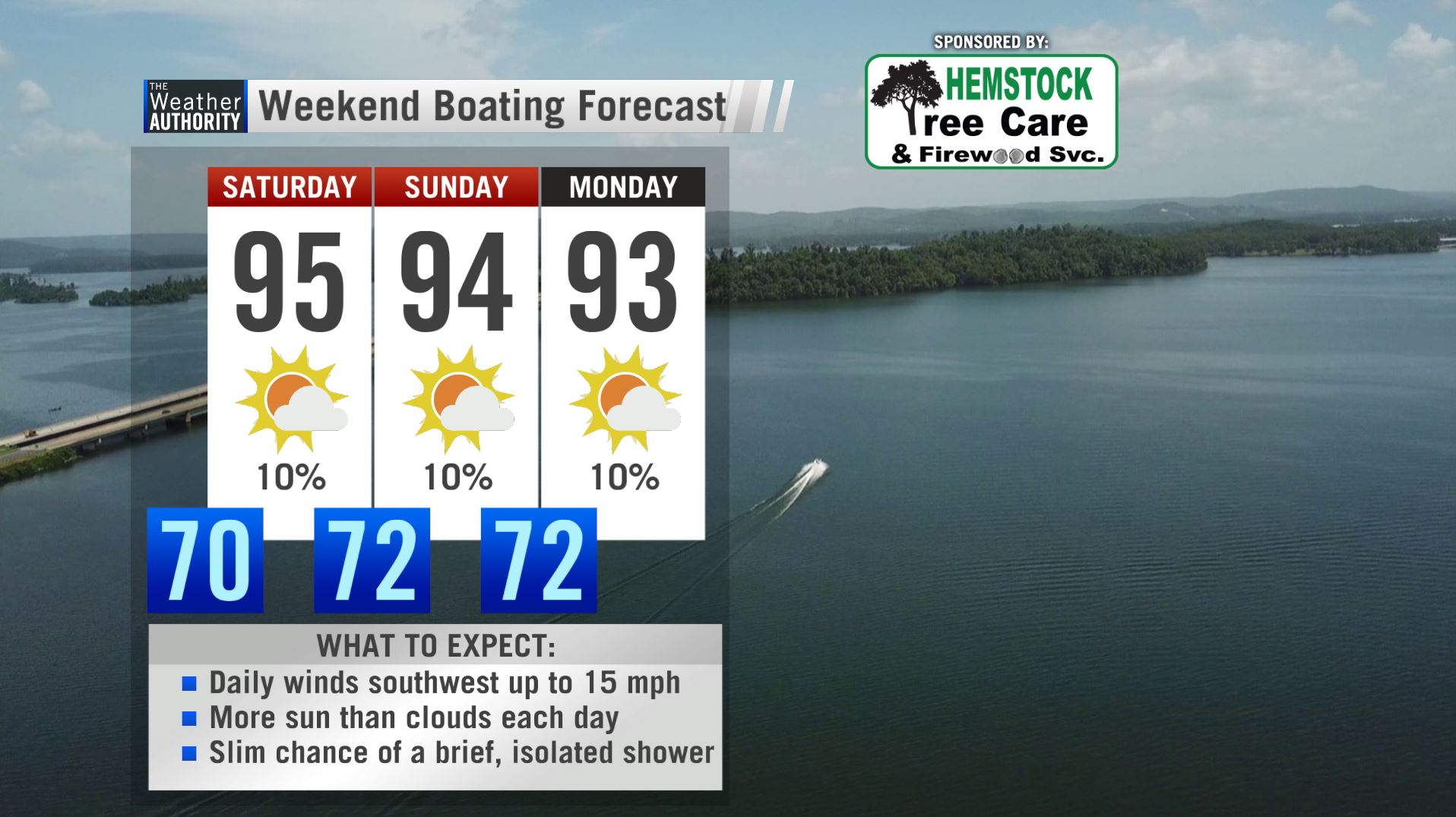 It changes some from year to year.  Last year we had ninety-nine days in the 90s; this year’s hot May is not exactly a harbinger of a hot summer.  In fact, we already see a temperature drop with a better chance of rain around or just after the first of June.  It won’t get ‘cool’ again anytime soon, but we won’t see this kind of heat continue from now to September, thankfully!

Including Tuesday, we expect at least nine consecutive days at or above 90ºF through next Wednesday.  The hottest likely comes this weekend with temperatures around 92ºF to 96ºF area-wide.  Some guidance points to a run at 100ºF in North Alabama between Monday and Wednesday before the ridge breaks down and a better chance of scattered storms helps reduce the heat toward the end of next week.

Outcry rising over bill that would allow child marriage in Somalia