Until Monday, Huntsville’s hottest day (so far) this year came on April 11th: 85ºF. Monday we hit 87.  We’ll beat that a few times this week as a taste of summertime weather sets in over the South. Expect daytime highs in the middle to upper 80s, overnight lows in the 60s, and very little chance of significant rainfall until Thursday. 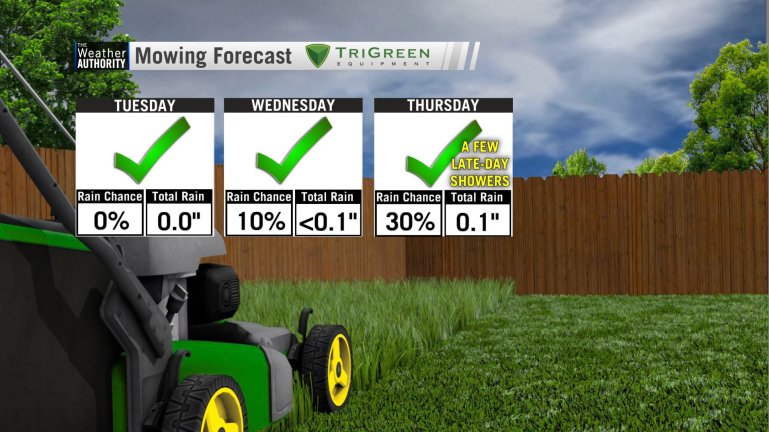 April has been a mild month. The over-all temperature has been slightly above average, but it’s been mild enough to avoid cranking up the air conditioning and the heat on a daily basis; we are moving toward an all-A/C kind of weather pattern, though! There’s very little ‘cool weather’ left ahead of us until that first big cold front of the Fall.

Where are the storms? The main storm track is way out west this week; the next three days’ worth of severe weather outlooks clearly outline the edge of an unusually strong ‘ridge’ over the Southeast US and the western Atlantic.

It’s a pattern similar to normal late May or early June weather with high-impact storms in the Plains and a summer-like set-up around here: hotter and more humid with a chance of some hit/miss, disorganized, unevenly scattered showers and thunderstorms later this week.

Since it’s still early, days with scattered storms will be quite a bit cooler than those with full sunshine. We’ll drop off from the mid-80s Wednesday to the mid-70s by Friday and Saturday with a daily dose of some scattered storms. 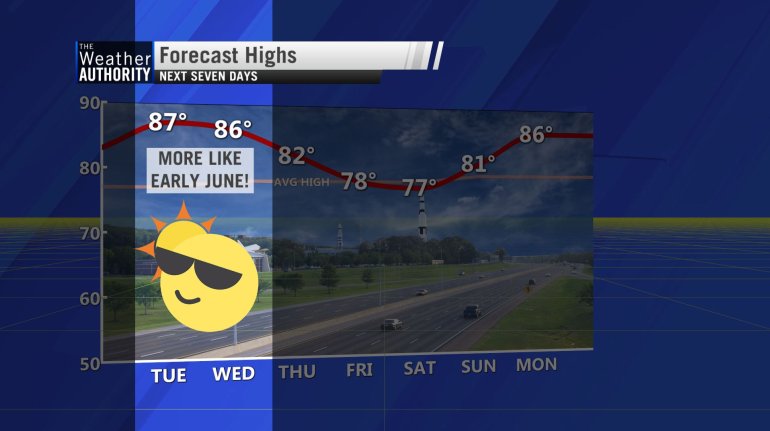 How much rainfall? In the short-term, we don’t see a lot of rain: only around 0.10” to 0.25” through Thursday night. Friday and Saturday look considerably wetter: around 0.50” to 1.00” on average with some getting more and some getting less.

Longer-range guidance points toward a wetter period with 1-2” of rain possible between Monday and Wednesday of next week. 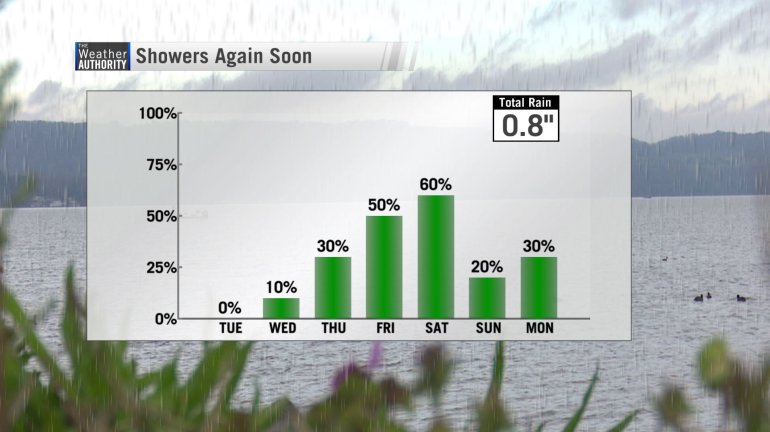 Looking toward the weekend: The upcoming weekend won’t be quite as nice as last weekend, but we’ll still salvage at least one ‘good’ day out of it.

Saturday looks wet at times with disorganized, unevenly scattered showers and storms. Expect highs in the 70s, morning lows in the 60s.

Sunday will be drier. There’s still a chance of some isolated showers or a storm, but that chance is small: 20%. It’ll get a little warmer, too: highs in the 80s again. 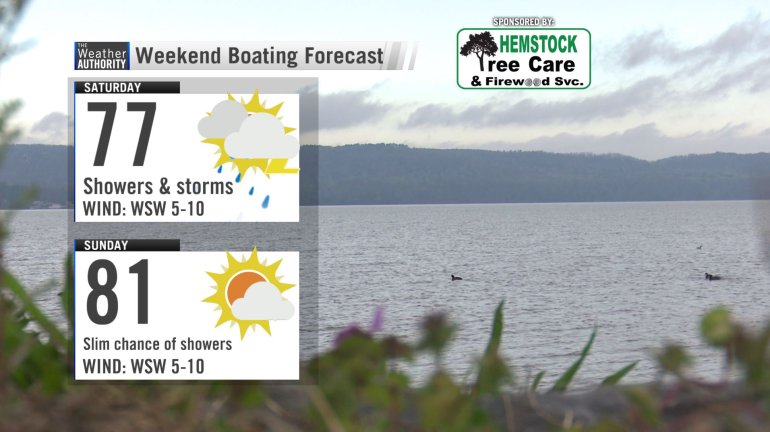 Scary-looking clouds from this week’s storms: what do they mean?

Tornadoes are not common in June or July. They CAN happen, but they are not as likely because we do not often have the needed wind shear for a thunderstorm to produce one. Occasionally, storms produce look-alikes similar to what Jessie Nelms saw in Mount Hope (Lawrence County) on Wednesday evening:

Wednesday evening's wave of heavy storms ended around 9 PM, but there will be more spotty downpours overnight. Total rainfall through 6 AM looks small compared to what it's been like so far this week!

Isolated thunderstorms are possible. The heaviest ones could drop another 0.25" to 0.75" of rainfall before the sun rises Thursday.

Additional showers and thunderstorms are possible in the afternoon: this time mainly over Northwestern Alabama and Tennessee.

Sticking Closer To Average Climatology On Independence Day This Year

Our average high and low for Independence day is around 90° and 70° respectively, and that's about what we expect on Saturday. Historically, there's been at least some measurable rainfall around 40% of the Independence Days in Huntsville going back to 1894, although if you want at least a tenth of an inch of rain, only 30% of the days on record have that. Average rainfall for the day is just over a tenth of an inch. So, typically a few downpours pop up on the 4th of July, but not everyone sees rain.