The Autumnal Equinox occurs Monday at 2:50 AM CDT. That’s when ‘Fall’ begins on your calendar as marked by a specific point in the Earth’s revolution around the Sun; forget Fall weather for now, though!

Monday and Tuesday are likely the ‘coolest’ days of next week with high temperatures in the upper 80s and lower 90s. A weak cool front passes through on Monday bringing a chance of some hit-or-miss showers and storms. It’s a low-probability day; in other words, it’s possible, but don’t count on it.

After that, it’s just hot and dry until moisture increases enough for some isolated afternoon and evening thunderstorms for the middle and end of next week.

So how hot does it get? Some model guidance pushes temperatures as high as the middle and upper 90s from Wednesday to next Sunday with very little potential for rainfall. 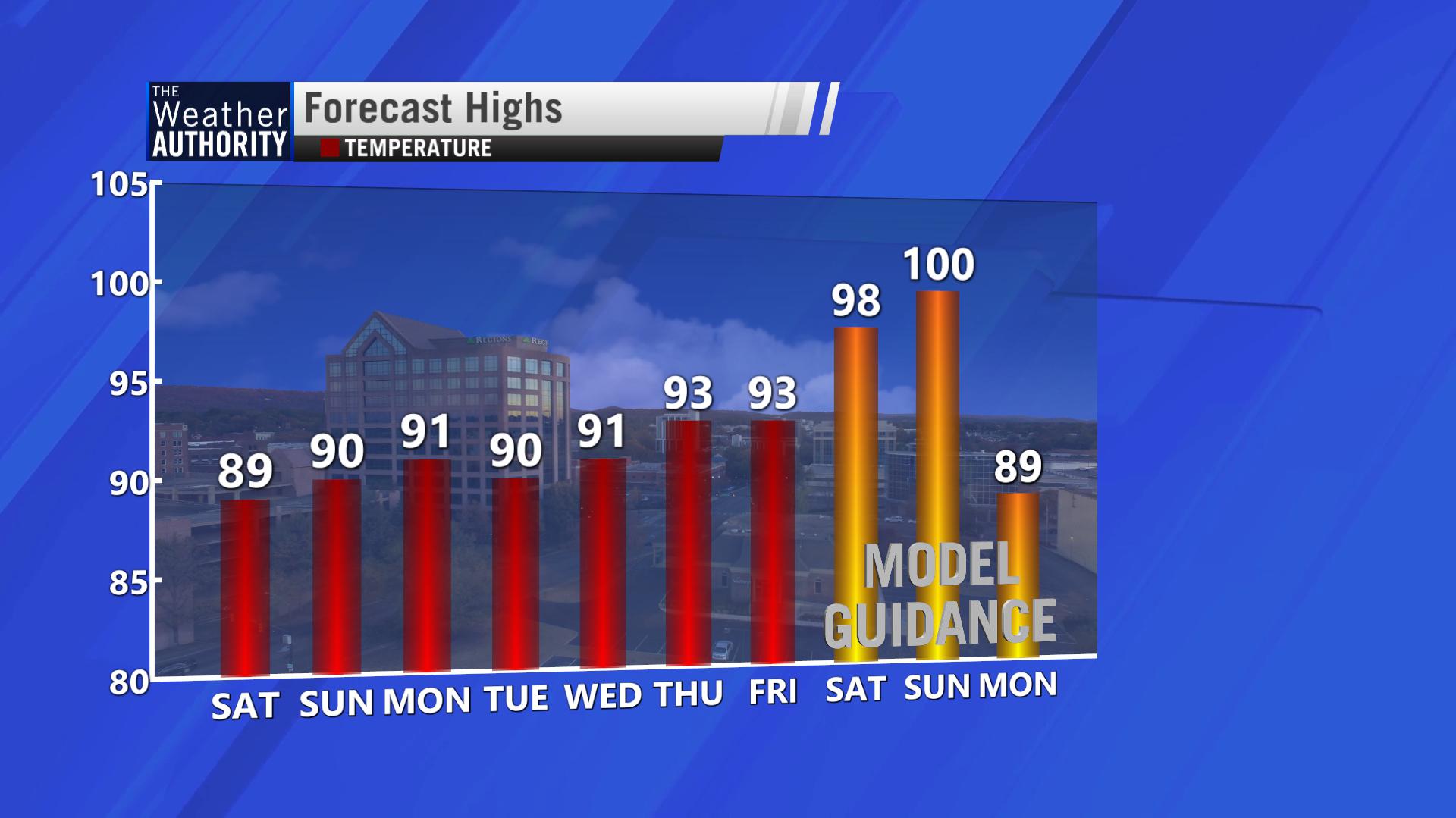 Could we hit 100ºF again? It’s not ‘likely’ this late in September, but it’s not unprecedented. The latest 100-degree day on record (in Huntsville) is September 25, 1931. The Thursday night version of the European forecast model pinned a 100ºF on Huntsville on September 29th. Whether we get that high or not, it’s going to be hot for a while; get used to it.

The longer-term outlook from the Climate Prediction Center (CPC/NOAA) shows an 80-90% probability of warmer-than-average temperatures even beyond September 29th.  ‘Normal’ or ‘average’ drops sharply from late September to early October, so it’s easier to be ‘above’ that baseline; however, this looks like it could be rather hot instead of just a little above the norms for this time of year!  It’s also still looking very, very dry.

How dry are we talking?

September so far is the ninth-driest on record in Huntsville: 0.27″ total at Huntsville International.  That does not take into account some of the incredibly heavy rainfall from about 10 days ago that fell in some neighborhoods; it is what it is for the long-term climate reporting station.

Some of that same model guidance projecting the heat (European) is keeping it bone dry.  The ‘ensemble’ forecast is for between zero and 0.35″ in fifteen days.  Fifteen days.  Even in our usual ‘dry’ period of the year, that’s exceptionally dry.