We usually see some warmth in late April, but middle and upper 80s are still a little hotter than your average April day! Temperatures soared above 85ºF again this afternoon, and we’ll do it again Wednesday with some filtered sunshine and no real threat of widespread showers or storms.

There is a slim chance of a brief shower or small, short-lived thunderstorm Wednesday afternoon and evening: 10 percent. That means you’ve got a 90% chance of zero rainfall. Thursday’s rain chance goes up to 20% (mainly late in the day and Thursday night), but Friday and Saturday are looking pretty wet at this point. Total rainfall projections through Saturday evening give most of North Alabama and Southern Tennessee around 0.7” to 1.2” of rainfall from multiple waves of showers and scattered thunderstorms.

Long-range forecasts show a roughly 30-40% chance of above-average rainfall in the next three months (May, June and July), so we’re not expecting a wet start to the year to rapidly change to drought conditions through early summer.

Stepping through the showers: Rain ‘chances’ are one of the most misunderstood things about weather forecasts because it is hard to communicate to a broad area exactly how impactful ‘scattered’ areas of rain and storms will be.

A 30% chance of rain by our definition is a 30% chance of your spot in North Alabama or Southern Tennessee getting at least one-tenth of one inch of rainfall (0.10”). 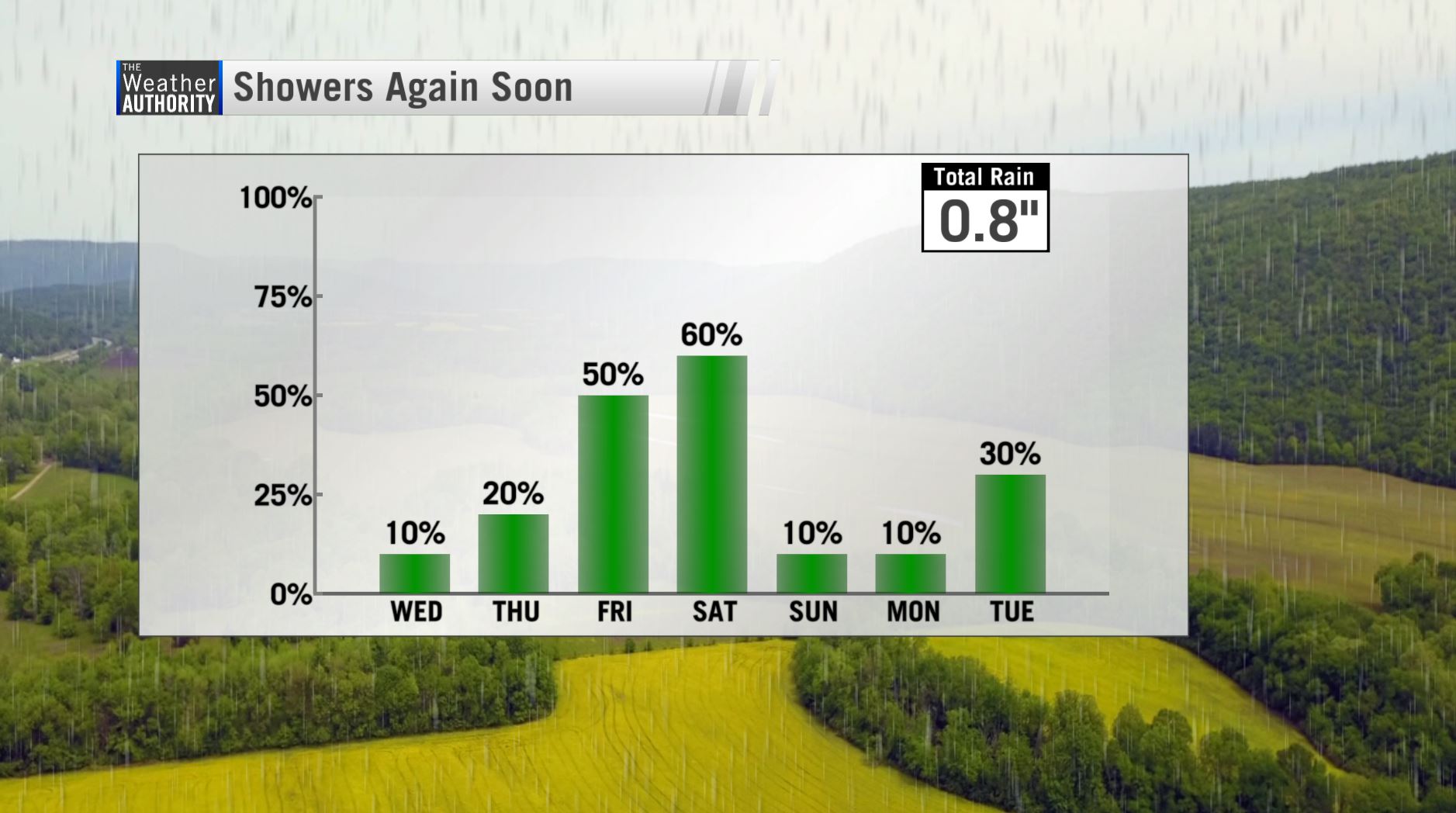 So Wednesday’s 10% and Thursday’s 20% are there to let you know that while we are confident most of us will be rain-free, there will be a few isolated showers here and there. The impact? Low. Those spots who manage to get a shower probably won’t even get to 0.10” in one single dose of rainfall.

As the chance increases, so does the impact. Friday’s 50% chance means ‘you’re probably getting at least a little rain, and most of us will get more than 0.10” by Friday evening.

It’s similar for Saturday: more than one wave of scattered showers and a few embedded thunderstorms. Timing is questionable right now because we’re still several days out, but we’ll tighten up the timeline as we see it more clearly. As of now, expect the better chance of rain Saturday to come in the first half of the day; storms should be moving out in the evening. 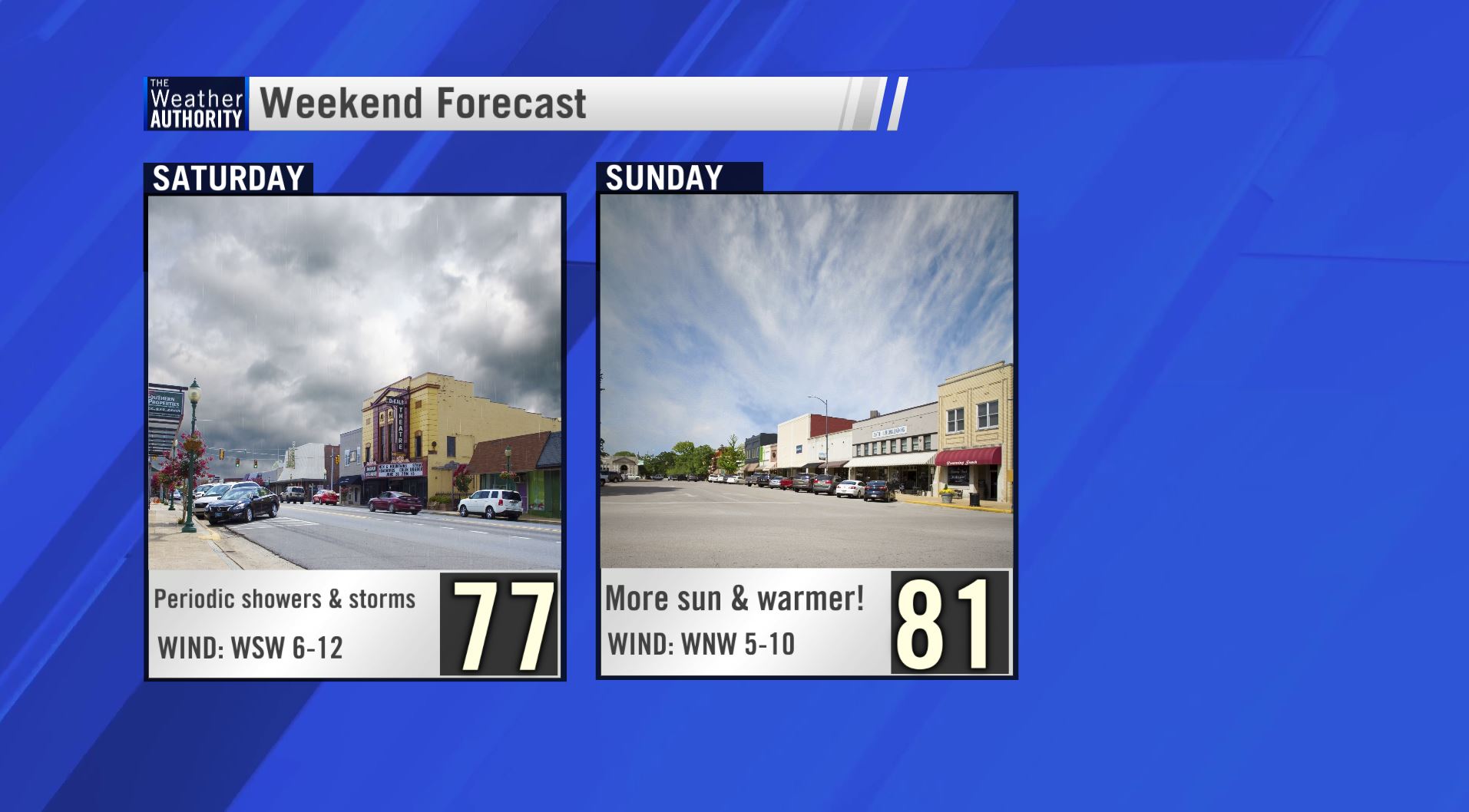 Sunday, Monday and beyond: We maintain a low 10% chance of some leftover showers on Sunday and Monday; however, it’s more likely that we’ll be able to clear those out completely as opposed to raising them. Both days look drier and drier the closer we get; however, a better chance of some scattered storms develops again from Wednesday on toward next weekend.