The National Hurricane Center continues to monitor an area of low pressure off the coast of Florida for potential subtropical development this morning.

Now, I’ll say up front, this is likely to be a sub–tropical storm rather than a purely tropical storm. The impacts are the same though. The good news: this system won’t have any direct impacts on Alabama. The storm has been fairly slow to organize so far.

Most of the storm activity has been well northeast of the surface low, a sign the system may be battling some wind shear. Wind shear usually hinders tropical development, but in this case we expect some continued development over the next couple of days. 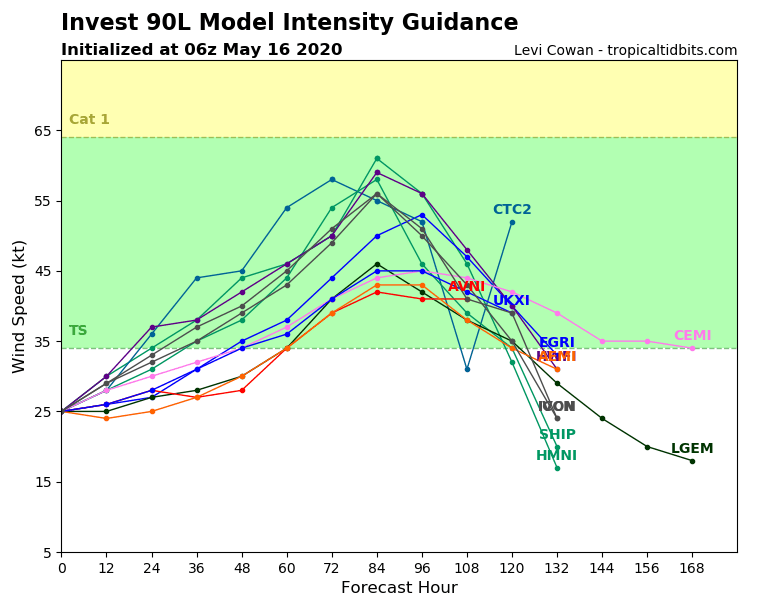 Most models project this system to intensify over the next several days. While it won’t be fully tropical, it should reach tropical storm strength within the next 48 or so hours.

Here’s the latest discussion from the NHC.