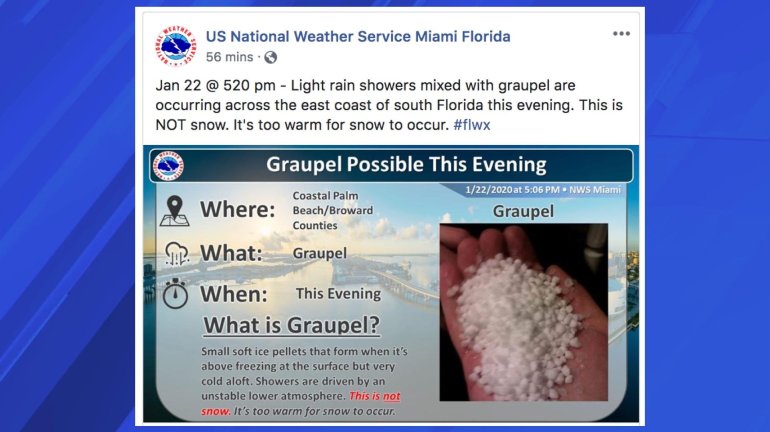 By now, you have heard that temperatures are so cold in south Florida — including Miami — that iguanas are falling from trees in a frozen stupor. The National Weather Service in Miami released the unusual forecast detailing the impacts of the abnormally cold conditions.

Jan 21 – This isn't something we usually forecast, but don't be surprised if you see Iguanas falling from the trees tonight as lows drop into the 30s and 40s. Brrrr! #flwx #miami pic.twitter.com/rsbzNMgO01

On Wednesday morning, temperatures dropped to the upper 30s along the Atlantic Coast, and into the low to mid 30s further inland.

Jan 22: Don't know about you, but 4 layers plus a scarf was not enough this morning with wind chills in the 20s and 30s across South FL. Check out the morning lows below! Slight chance of rain today for the east coast (iguana "rain" chances drop to zero by this afternoon) #flwx pic.twitter.com/nVksPFOUHx

According to the Florida Fish and Wildlife Conservation Commission (FWC), iguanas “begin to get sluggish when temperatures fall under 50 degrees…if temperatures drop below that, [they] freeze up.“

Verified the iguana warning and the wind chill advisory! Definitely not your average day in South Florida this morning. No records broken, however. The coldest temperatures for Jan 22 was back in 1985! Miami had a low of 30 and Fort Lauderdale had a low of 29. #flwx https://t.co/D8AnmAgvS5

However, “frozen” iguanas were not the only items precipitating out of the sky. A few areas in coastal Palm Beach County as well as Broward County observed graupel, which is a German word for “sleet”.

Jan 22 @ 520 pm – Light rain showers mixed with graupel are occurring across the east coast of south Florida this evening. This is NOT snow. It's too warm for snow to occur. #flwx pic.twitter.com/ljpqHCQkvP

However, in America, “graupel” is not exactly the same as sleet, and it most definitely is not snow (though it has snowed in Miami before — on January 19, 1977).

Graupel is a type of frozen precipitation that can be described as small, soft ice pellets, softer than sleet (which forms when liquid rain falls into a shallow layer of frozen temperatures near the ground). If you’ve ever experienced the delicious treat known as Dippin’ Dots, graupel can resemble that particular brand of ice cream from the future.

Graupel is different than sleet in that it forms when snowflakes fall into an area of super-cooled rain. The rain drops are below freezing, but the physical conditions are not favorable for the liquid to convert to ice, even though the water is below the freezing point. Once the frozen snowflake comes into contact with super-cooled liquid rain, the liquid freezes on contact, creating the fuzzy grains of ice. 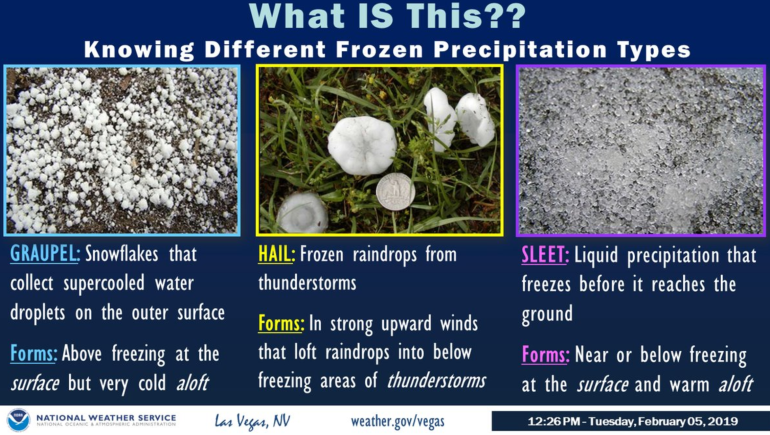 Severe Weather can develop quickly, so it's best to prepare a safety kit for your home and for your car. We've compiled a list of items you should prepare below. Emergency safety kit for the home: Water (one gallon of water per person for at least 3 days) Food (a 3 day supply of non-perishable food for each person in your family) Can openers and utensils  Weather Radio First aid…