We need a good steady soaking rain over the entire state to beat back the expanding drought, but the rain coming through Tuesday, Tuesday night and Wednesday won’t give North Alabama what it needs. The ‘best’ rain stays south of the Tennessee Valley region, but some rain is still possible!

A cloudy sky ahead of the rain keeps it mild early. Those clouds eventually give us some rain (mostly light) through today and tonight; the 1-2″ rainfall comes over Central and South Alabama while the northern third of Alabama and southern Tennessee end up with around 0.3″ or less on average. Rain ends early Wednesday, and it’s cool and dry for the rest of the week!

What’s ‘normal’ this time of year? Summer seemed to last so long that it’s good to remember what we usually get in October!

One of the most common ways to describe ‘normal’ weather is the average temperature. That tells you the middle of the extremes, and those extremes get a little farther from the averages with every passing day in October, November and December until we come to the most variable time of the year in January and February.

The average high this week is around 72°F, and the average low is around 50°F, and the normal range around that is about 7 to 8 degrees above or below. That means a 65°F high temperature is just as ‘normal’ as a 79°F high in mid-October; we get both frequently because this is the time of year when things start to swing between warmer and colder as the seasons change.

The current Seven Day Forecast fits that range pretty well: some cool days, some warmer days, some rain and no freezing temperatures just yet (for the majority). 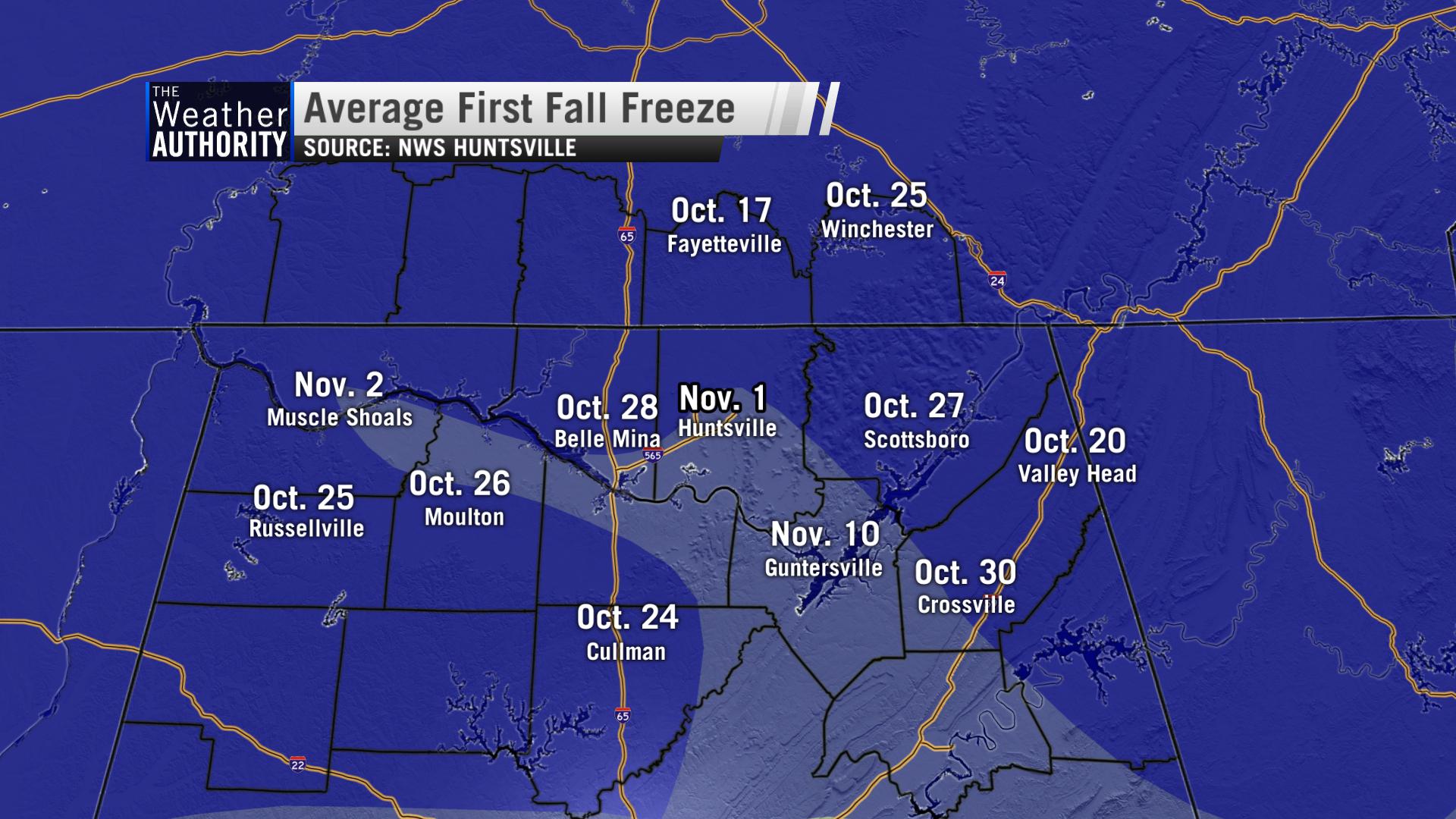 Huntsville’s average first freeze of the season comes in late October or early November; some years it is late, and some years it is very early. Right now, things are looking positive for a shot at a freeze before November 10th.

After protests, Lee statue in Virginia to be removed

WATCH: Sen. Doug Jones to speak about demonstrations across the state, COVID-19 updates