If someone told you that it was snowing 3/4 of a mile up the road, you might either get excited or panicked: running for the milk and bread.

Well that’s exactly what’s happening on Thursday afternoon; it’s just that snow isn’t ‘up the road.’  It’s above our heads.

The radar clearly shows what’s happening if you give it a good look:

The ‘bright band’ over Mississippi is where the radar beam hits water-coated (melting) snowflakes or some ice pellets and sends a higher ‘reflectivity’ value back.

Meteorologist Jeff Haby was one of my instructors at Mississippi State many years ago, and he created a website with some great explanations for things just like this.  He writes:

“Bright banding occurs due to the higher reflectivities associated with snow that is melting as it is falling aloft. Ice is a better absorber of radar radiation compared to liquid water. Because of this, snow will show a lower reflectivity on radar when it has the same moisture content as a rain event. When the snow is melting however, a film of water forms on the outside of the snowflake. Since snowflakes can be fairly large, when there is a film of water on the snowflake it has the same reflectivity as a a giant raindrop or small wet hail.

A forecast sounding for this area confirms what we’d expect to see (midday NAM guidance): 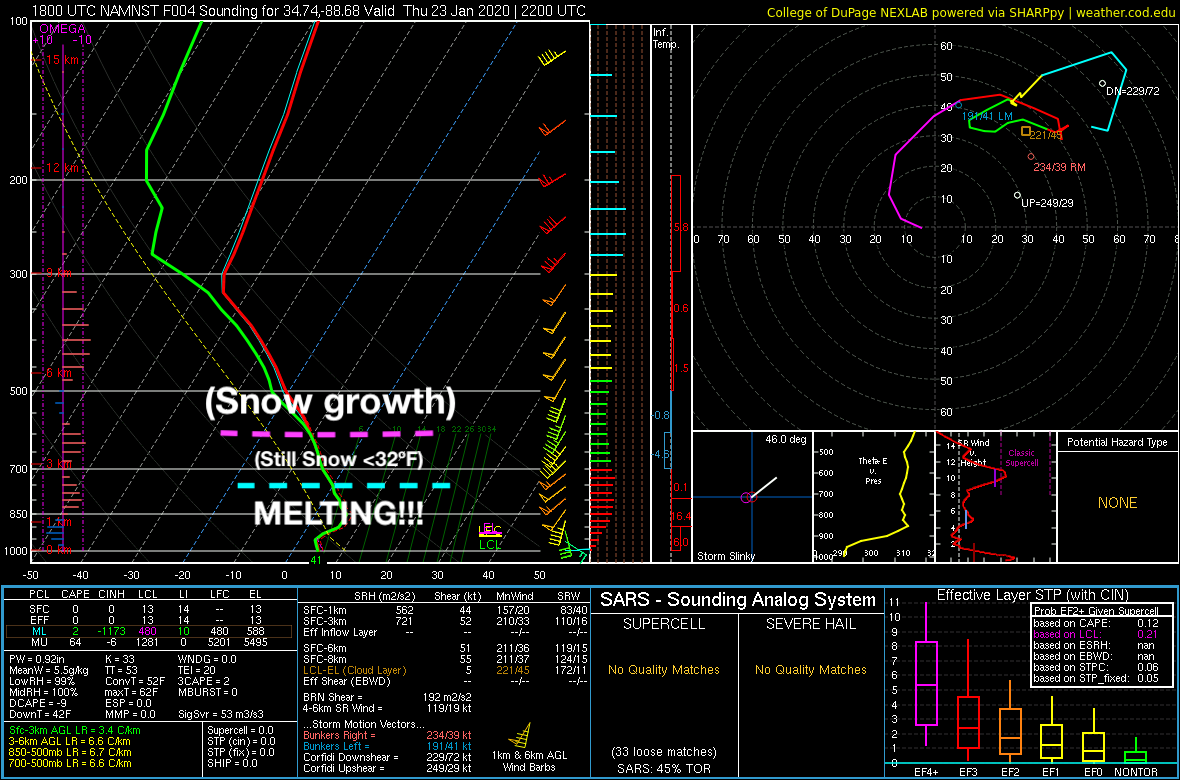 So the snow is less than a mile from Alabama and Mississippi!

So close, yet still so, so far away.

It’s been 1,793 days since Huntsville recorded a snowfall greater than one inch.  Looks like we’ll be waiting a while longer!

I realize some spots have had more than 1" of snow in one day since this date, but the official records at @FlyHSV show slightly more than half of one season's average snowfall IN TOTAL (only 1.5" on the books) in the past five years. #valleywx https://t.co/m7Wku0dgoI pic.twitter.com/E91pcFai5U