Rain ended Tuesday evening leaving some soaked and others dry yet again.  A single storm dropped 3.11″ of rain in Holly Pond in 45 minutes Tuesday afternoon; if you missed out on rain in the past week, you won’t be getting much more in the coming days!  Much drier air arrives slowly on Wednesday and fills in more noticeably on Thursday and Friday; that cuts off the rain, lowers the humidity, and makes it feel a lot nicer by day and night through the end of the week.

It’s not an overnight change, though.  The dewpoint – a measure of atmospheric moisture or mugginess – drops from the oppressive range early Wednesday to the sticky range by Thursday afternoon.  It’s Thursday night and Friday before you can really feel the difference! 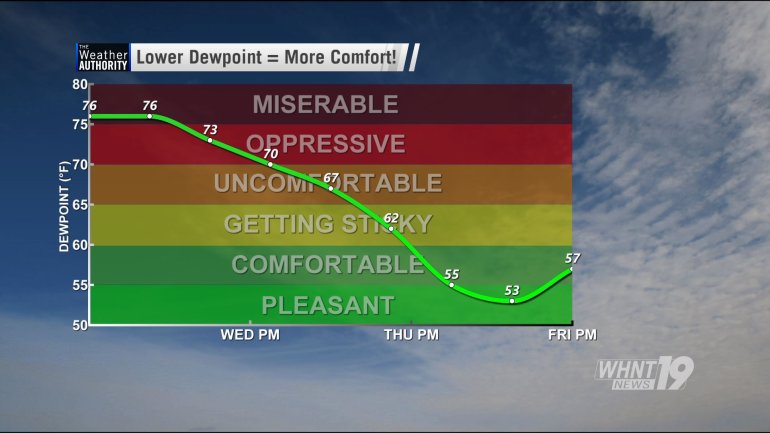 How much rain? A major flash flood in The Shoals produced the third-largest 24-hour rainfall total on record in North Alabama Sunday; that’s when Wilson Dam (Muscle Shoals) recorded 9.34″ of rain Sunday afternoon.  That 3.11″ in Holly Pond Tuesday afternoon was impressive, and there have been several ‘spots’ getting pounded with extremely heavy rain from time to time over the past week.

So where do we stand now?  Here’s a look at radar estimated seven day (Tuesday to Tuesday) rainfall and the departure from ‘normal:’

That should help out the drought some, but it won’t ‘end’ it in Northeast Alabama.  According to Alabama’s State Climatologist Dr. John Christy, the northeastern and eastern part of Alabama needed around 7″ to 8″ of rainfall to ‘end’ the drought.  We got about 35-45% of that in the past week, and now it’s going to get relatively dry again. 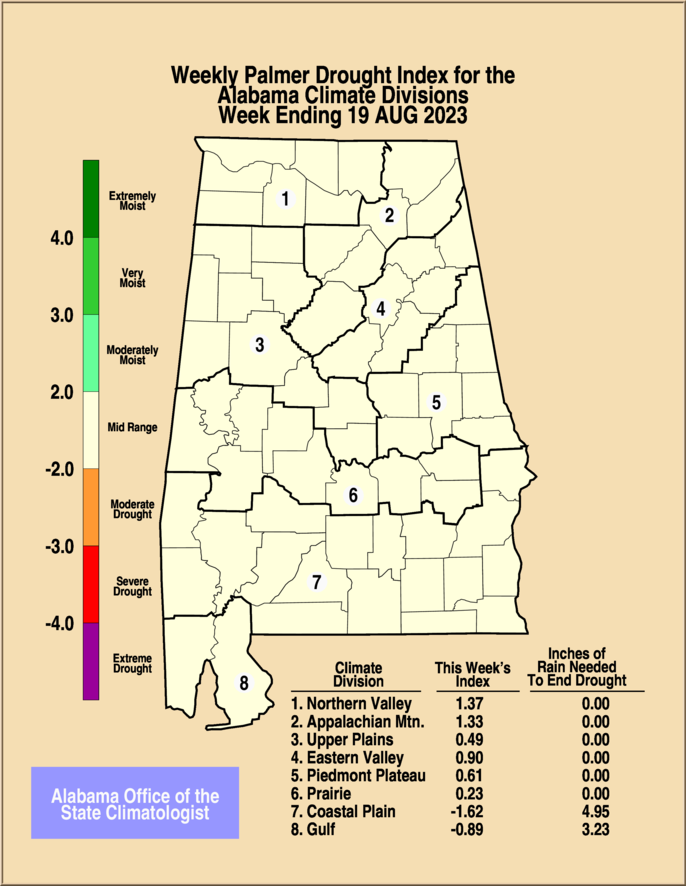 Prospects for rainfall in a pattern like we are entering are low.

Very low for the next few days for sure!  The dry air effectively erases any chance of rain until Sunday and Monday, and even then, we’re expecting only a few, isolated, hit-or-miss, randomly-scattered, here-and-there showers and thunderstorms.

Ladder could be named ‘official state tool’ of Tennessee