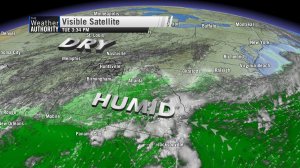 A batch of muggier air just southeast of us over Georgia Tuesday afternoon moves northwest into Alabama on Wednesday; that steamier air means a return to scattered showers and thunderstorms ahead of another cold front on Wednesday: showers in the morning, some heavier storms in the afternoon and evening.

The Storm Prediction Center outlines a ‘MARGINAL’ risk of severe storms in northeastern Alabama and Tennessee for Wednesday: mainly for the risk of a brief strong wind gust over 60 miles per hour and some small hail.

While most of our storms will not be severe, a hand full of them could create some temporary problems between 11 AM and 7 PM. Drier air takes over again behind the storms, and the weather looks fantastic for the end of the week!

Another refreshing breeze: The muggy air on Wednesday moves out again for Thursday and Friday. This is about as nice as it’s going to get for a while, too!

Huntsville’s record lows on Thursday and Friday mornings look like this:

It’s not quite record chill coming down the pike, but it will be a nice breath of fresh air for the end of the week.

Weekend is back to summer: The sting of summer complete with high humidity and hotter temperatures returns for the weekend: so do scattered showers and thunderstorms. Expect highs in the upper 80s and lower 90s as well as warmer, more humid nights: lows in the 60s and 70s. 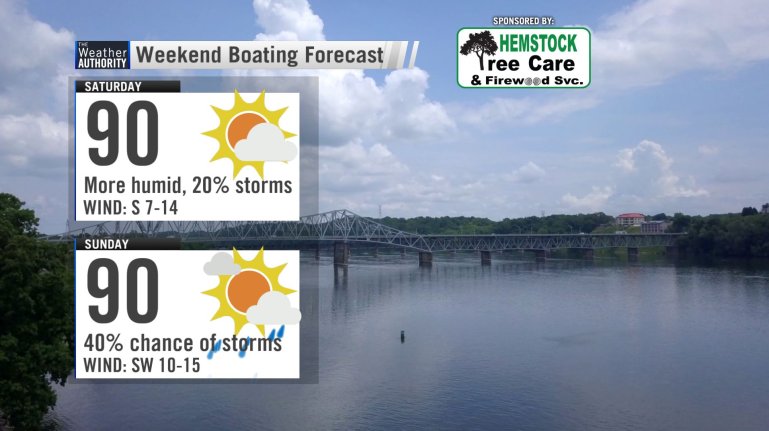 Weekend storms follow the usual summer pattern of “there ain’t one.” Seemingly random downpours will develop, rain, lightning, thunder, and dissipate without moving much.

That means some spots will get soaked while many others just stay hot and humid.

Lightning will be the biggest danger with storms this weekend; wind could pose a secondary threat for boaters on area lakes (it’ll be a little breezy even away from storms).

While lightning fatalities are not nearly as high as they used to be, it’s still a good idea to practice the wisdom contained in the saying ‘When thunder roars, go indoors!’  The main reason there aren’t as many deaths and injuries now is because of awareness and people heeding warnings; don’t be a statistic.  Lightning can be deadly; avoid being outside at all costs when storms are nearby.

The Pearl River in Mississippi has hit major flood stage in Jackson, and is expected to crest Sunday morning above 38 feet.

That would be the third highest crest in the river's history there. The record high crest was set back in 1979 when the river flooded to over 43 feet just after Easter.

Potholes: Why you can blame the weather for your travel woes

You've probably experienced a lot of this lately: That unmistakeable feeling of driving over a pothole.

With all of the heavy rain and big temperature swings, the road conditions are taking a beating from the weather.

First Dry Saturday Of 2020 Ahead

What happens to the Valentine’s Day flowers that don’t get sold?