California wildfires continue to burn, and the weather will not provide any help in the near future.

According to the Associated Press, “the Woolsey Fire has charred more than 83 percent of National Park Service land within the Santa Monica Mountains National Recreation Area, where official announced Wednesday that all trails were closed.” 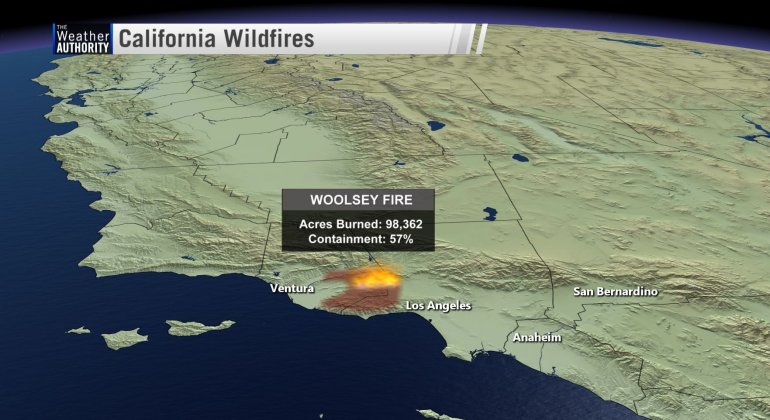 “The fire broke out Nov. 8 and quickly became one of the largest and most destructive in state history. Firefighters have made steady progress this week, getting it more than halfway contained, but warned many hotspots remain,” reported the AP.

“A massive burn scar encompasses more than 30 square miles (80 square kilometers) within the recreation area that stretches from beaches to inland mountains straddling Los Angeles and Ventura counties. It’s the largest urban national park in the nation, with more than 30 million visitors every year.” 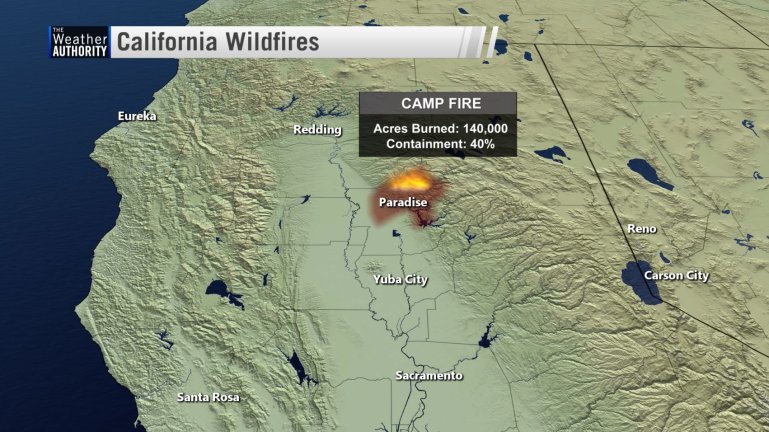 “At least 63 are now dead from a Northern California wildfire, and officials say they have a missing persons list with 631 names on it in an ever-evolving accounting of the missing after the nation’s deadliest wildfire in a century,” reported the Associated Press.

“Phil John, chairman of the Paradise Ridge Fire Safe Council, defended the evacuation plan he helped develop. John said that the wildfire this time was exceptionally fast-moving and hot, and that no plan was going to work perfectly.

“When the fire reached the eastern edge of Paradise, six zones were ordered to clear out about 8 a.m. But almost simultaneously, the gusting winds were carrying embers the size of dinner plates across town, and structures were catching fire throughout the city. Less than an hour later, the entire town was ordered evacuated.”

“’It didn’t work perfectly’,” John said Thursday. “’But no one could plan for a fire like that.’”

Likewise, Stewart, the forestry professor, said the wildfire that hit Paradise disrupted the orderly evacuation plan because it “was moving too fast. All hell broke loose.”

“Satellite images show half the town on fire less than two hours after the first evacuation order.”

Why Weather Is a Big Factor in the Wildfires

For years, moderate to extreme drought conditions have plagued the West Coast, exacerbated by abnormally low rainfall in the fall and winter months.

This pattern continues as high pressure remains stationary over the Mountainous West. 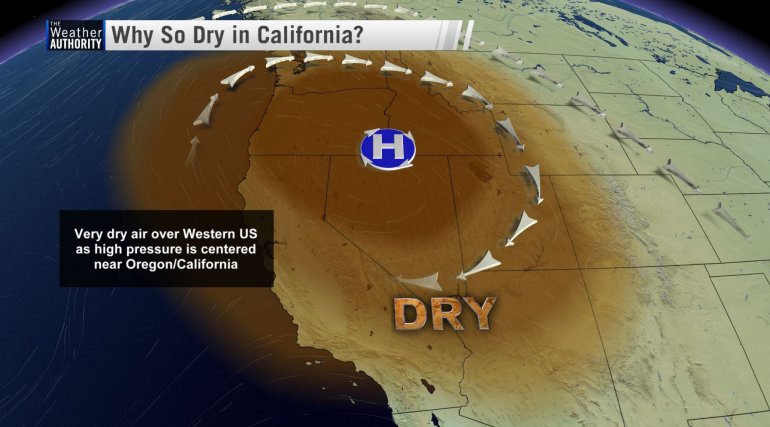 High pressure occurs when sinking air compresses on the ground, heating up the air and drying out in the process. As a result, little to no rainfall occurs in Oregon, Nevada, Utah, Arizona and California. 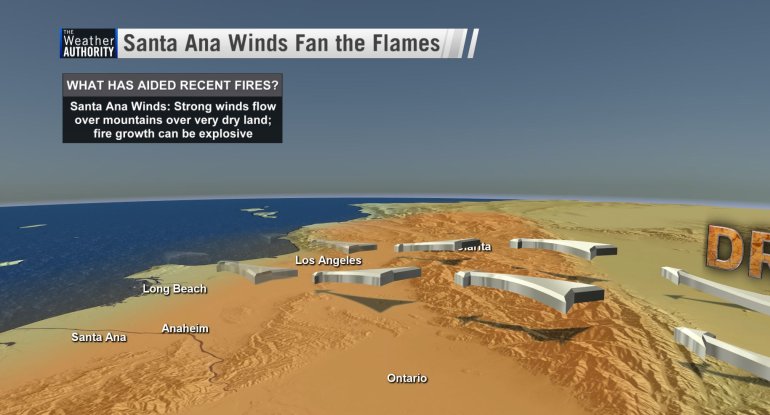 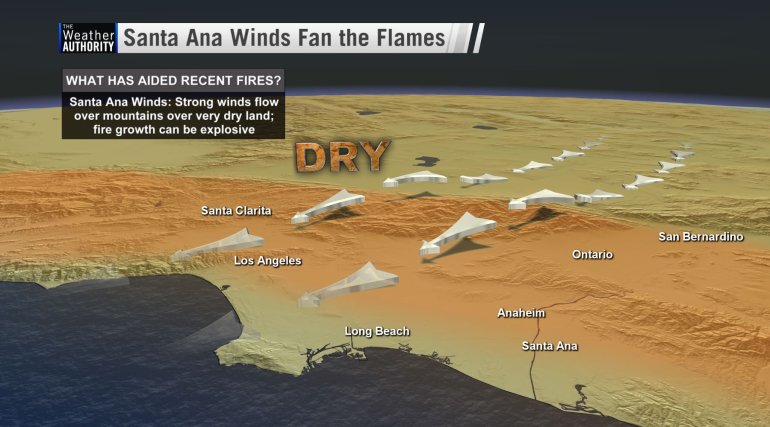 Santa Ana winds can exacerbate California wildfires by providing hot, dry air to the fire, while also fanning the flames. Santa Ana winds tend to occur in the autumn months and impact the region through early spring.