A weak cool front passed south of the Tennessee Valley region Tuesday evening taking most of the showers and thunderstorms with it.

The air gets slightly drier behind the front: from a high dewpoint of 79ºF Tuesday afternoon to a lower dewpoint of around 68ºF by Wednesday afternoon. ‘Dewpoint’ is a better measure of how sticky it feels than relative humidity; the higher the number (especially over 70ºF), the thicker the humidity feels. That drier air makes it feel a little better even though it’s still hot on Wednesday and Thursday, and it also reduces the chance of rain to around 10% or less through Thursday night.

It’s both the heat and the humidity: At 1 PM Tuesday, Huntsville International Airport reported a dewpoint at 79ºF. An air temperature of only 89ºF made it feel like 104ºF outside.

Less humid air takes over for the next two days, but the temperature actually climbs a few degrees in the afternoons with fewer clouds and showers in the region. Expect highs between 89ºF and 92ºF, but this time the heat index won’t be much of a factor – at least it won’t until Friday! 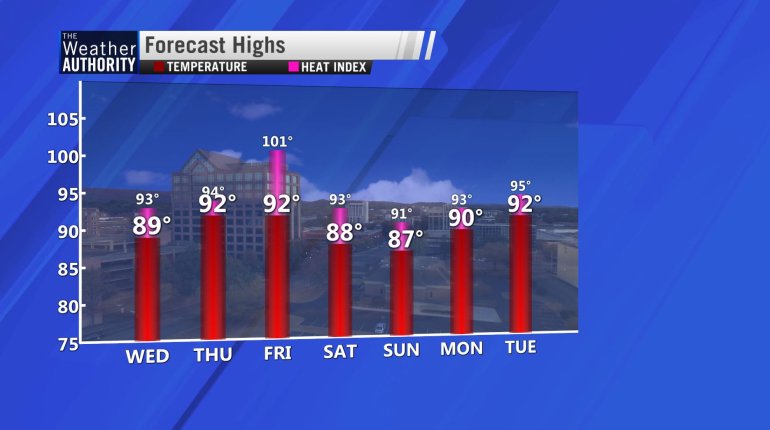 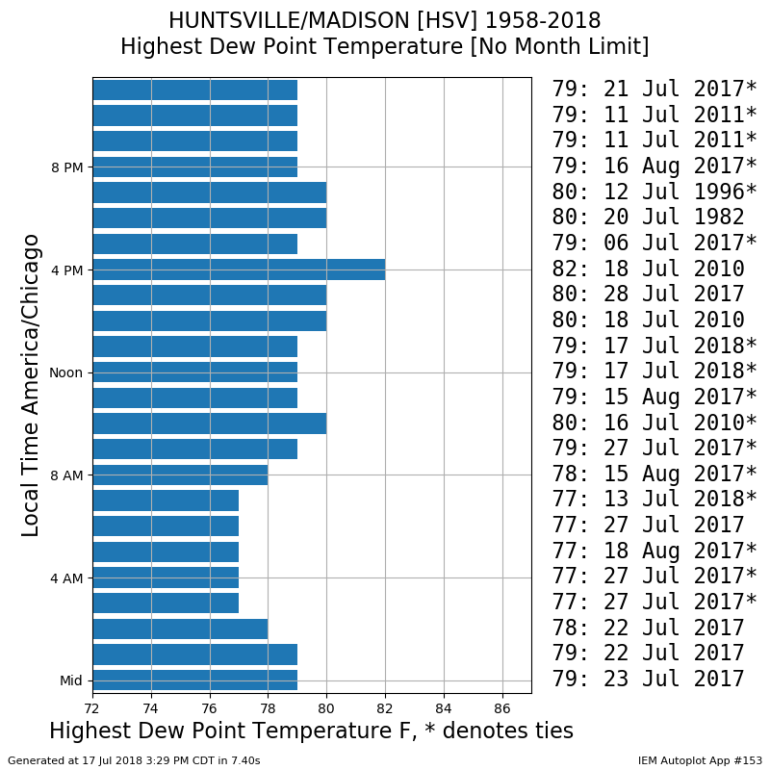 SATURDAY: Storms are most likely before 10 AM, but a few more could develop in the afternoon/early evening particularly south and east of the Huntsville area.

Some slightly drier air moves in again on Sunday and Monday reducing the chance of rain to the standard ‘hit-or-miss, pop-up’ showers/storms.

Some hotter weather again soon? The highest temperature of the year so far in Huntsville has only been 96ºF with a heat index of 108ºF. Muscle Shoals has hit 98ºF with a heat index at 108ºF. There will be a sharp dividing line between some very hot weather just west of us and some slightly cooler air just to the north next week; it’s too early to tell exactly where one leaves off and the other picks up, but at the very least there is a good chance of 90-degree heat lasting all the way through next week with a chance of a few isolated storms each afternoon.

Madison superintendent says this school year is definitely not ordinary

21 people shot, one killed at outdoor gathering in Southeast D.C.

Which face masks are the most (and least) effective at stopping COVID-19 exposure?

Which face masks are the most (and least) effective at stopping COVID-19 exposure?