A slow-to-move storm system breaks away from the main jet stream and almost becomes a ‘cut-off low’ along the Gulf Coast this weekend.

These big storm systems often have impacts that computer models can’t really understand; that’s why we have a low chance of rain this weekend. It’s not that ‘a little rain is coming,’ it’s that we have low confidence that rain will occur.

Friday looks fine: seasonable temperatures (30s in the AM, 50s in the PM) and a fair sky. Saturday gets cloudier: literally. The sky becomes overcast at times, and temperatures only rise into the low-50s. Some light showers are possible Saturday evening, but rain is not exactly ‘likely.’

Sunday, on the other hand, could be considerably wetter: especially southeast of the Huntsville area from Cullman northeast through Albertville, Fort Payne, Gadsden, etc. That’s where more than 1” of rain is possible from Sunday midday through early Monday morning.

Christmas week is almost here! Dreaming of a warm Christmas? You may just get your wish! If you want a White Christmas, you’ll probably need to make some plans to travel. 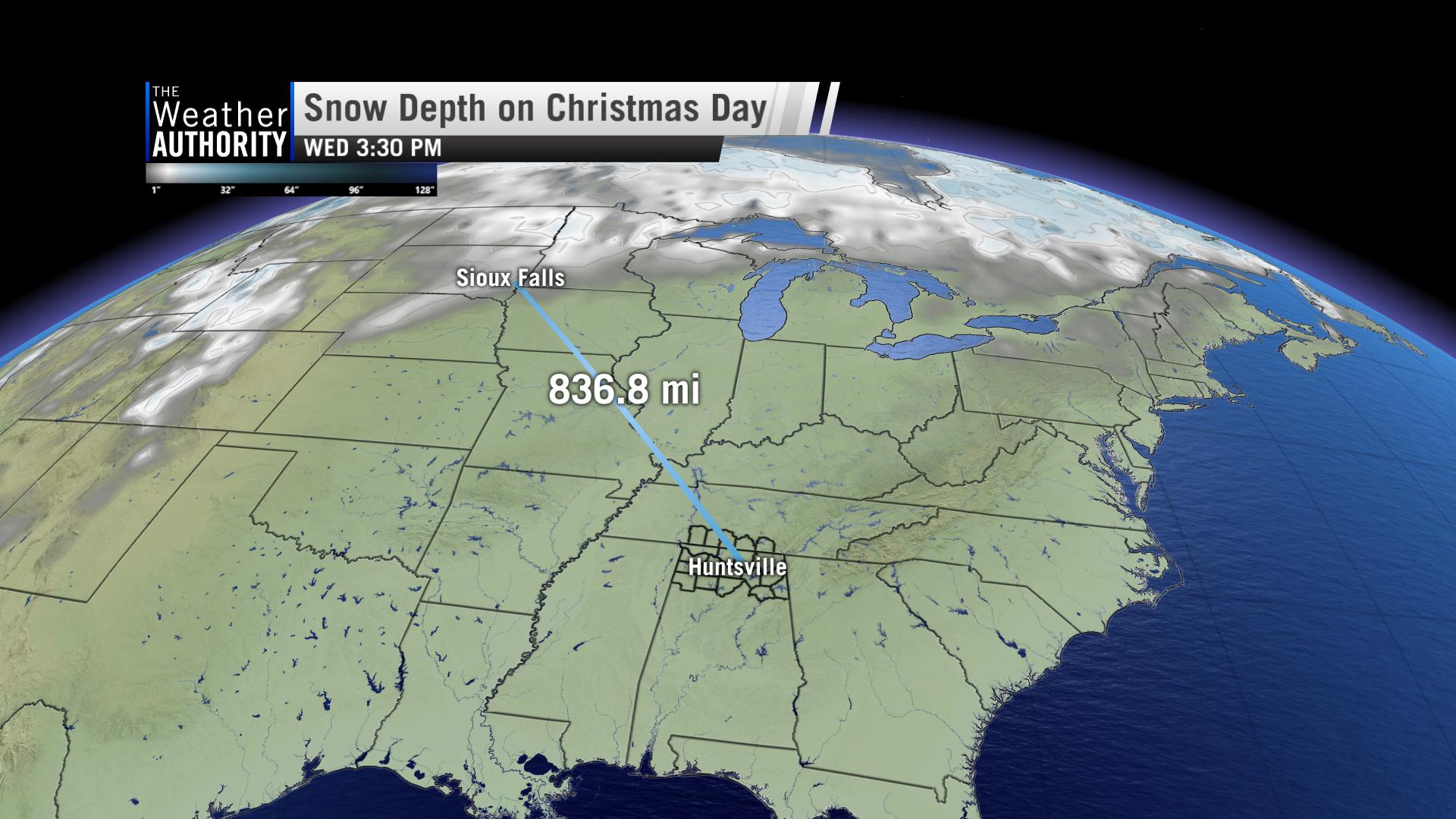 The weather pattern next week looks very warm for December, but this time the warmth won’t come at the price of severe storms (at least not immediately at Christmas).

Rain moves out early Monday; we’re looking dry and pleasant for Christmas Eve and Christmas Day: highs may go as warm as 70ºF in parts of Alabama by Wednesday of next week.

The really cold air looks like it stays around the Arctic Circle through most of next week. Watch that swirl just north of Canada's archipelago acting like a vacuum holding the cold in the area. No snow. Maybe even 70°F on Christmas Day in Alabama. #valleywx pic.twitter.com/WpVDOoxA6M

Following Christmas, another active weather pattern sets up late in the week. It’s way too soon to speculate on severe weather, but rest assured if there’s a threat, we will let you know about it once it’s legitimate and not simple guessing.

What happened to the cold weather?

A few weeks ago, December’s weather pattern looked like it would be a cold one for the East.  You know by now, that has not happened.

Long-range ideas are always going to be the hardest ones to get perfect; the farther into the future you try to predict, the more error there will be. There are some large ‘players’ around the globe that dictate the pattern; one of them looked like a lock for cold weather (unusual warmth in the northeast Pacific) while another, the Madden-Julian Oscillation, didn’t really show it’s hand until it was too late.

The MJO moved into a warm phase for the South and got stuck. It has ultimately won out this time. December is a solid 3.3ºF above average, and it will go up as we end the month on a warmer-than-normal pattern.

What’s the outlook beyond this? The MJO is projected by the ECMWF (European Guidance) to move back closer to the colder phases for Alabama and Tennessee in early January. If this happens, and the warm ‘blob’ in the Pacific stays around, that cold may be more delayed than cancelled.  Winter isn’t over; it’s only getting started!