Will he or won’t he? If your groundhog, opossum, or other mammal, marmot or marsupial of choice is in North Alabama or Southern Tennessee early Sunday morning, he’s probably seeing a shadow if we’re being completely honest with ourselves. 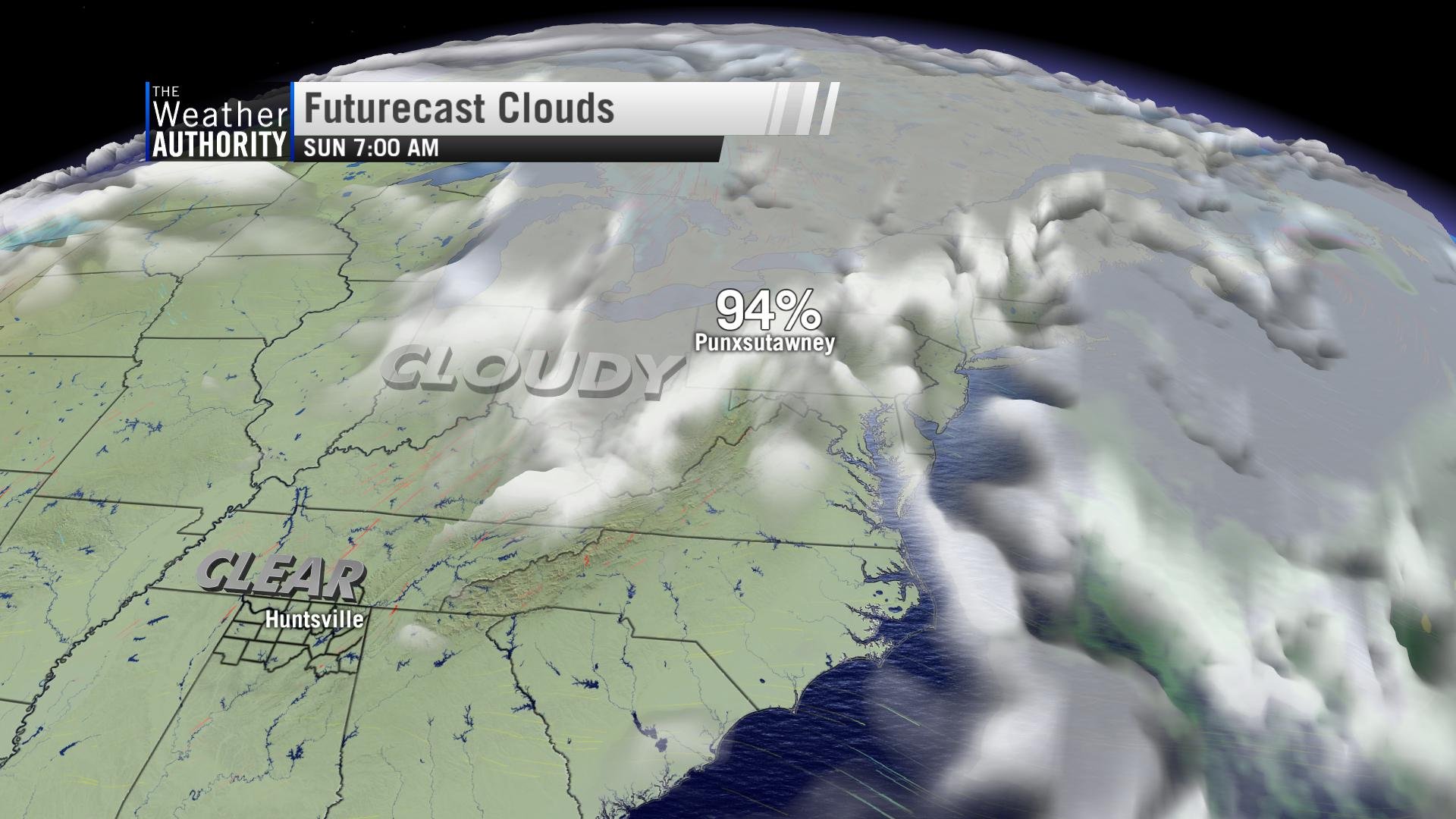 The official national groundhog in Punxsutawney, Pennsylvania probably won’t see one because of clouds. ‘No shadow’ supposedly means ‘Spring is right around the corner,’ but there are exactly six weeks and four days until the first day of Spring (March 19th) regardless of shadow-seeing ground-dwellers.

(Are they really accurate?  How the groundhog’s forecasts compare to reality on WHNT.com)

Winter isn’t ‘over’ yet; we still have some cold days to go now and then, but we don’t see anything that looks like a major Arctic outbreak or winter weather threat in the near future.

February’s first week starts on a wet note: A spring-like warm-up early next week means several days in the 60s (maybe even a 70ºF reading here or there) from Monday to Wednesday.

Expect some scattered showers in this warmer air. Monday’s chance of rain is only around 10 percent; most of us won’t get a drop on Monday. Tuesday’s chance jumps to around 50 percent, but the best chance of rain and storms comes Wednesday (mainly afternoon and evening) ahead of a strong cold front. 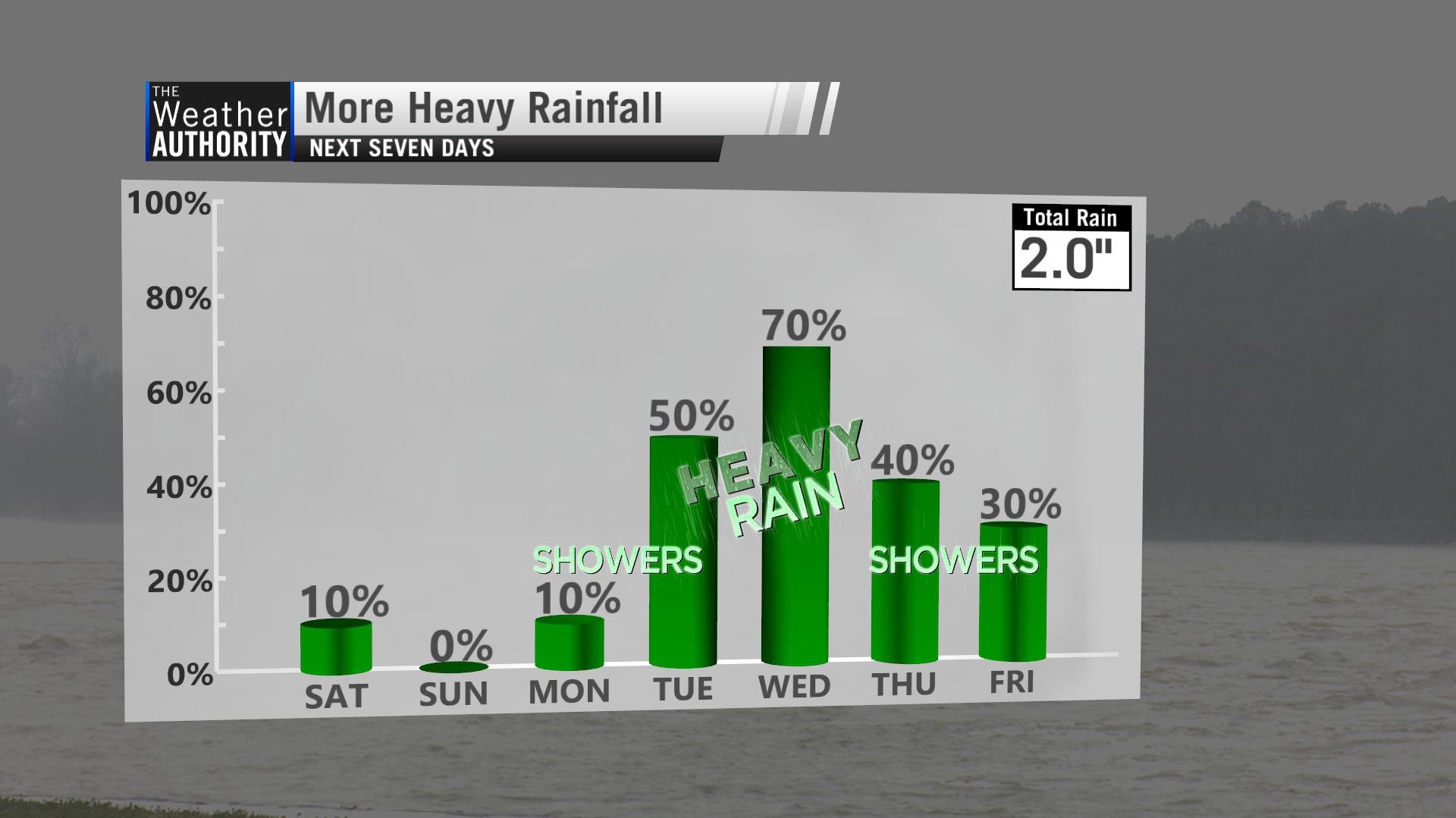 The Storm Prediction Center outlines a risk of severe storms in the region on Tuesday and Wednesday; we’ll watch that threat in coming days to see if it becomes an issue for North Alabama and Tennessee. 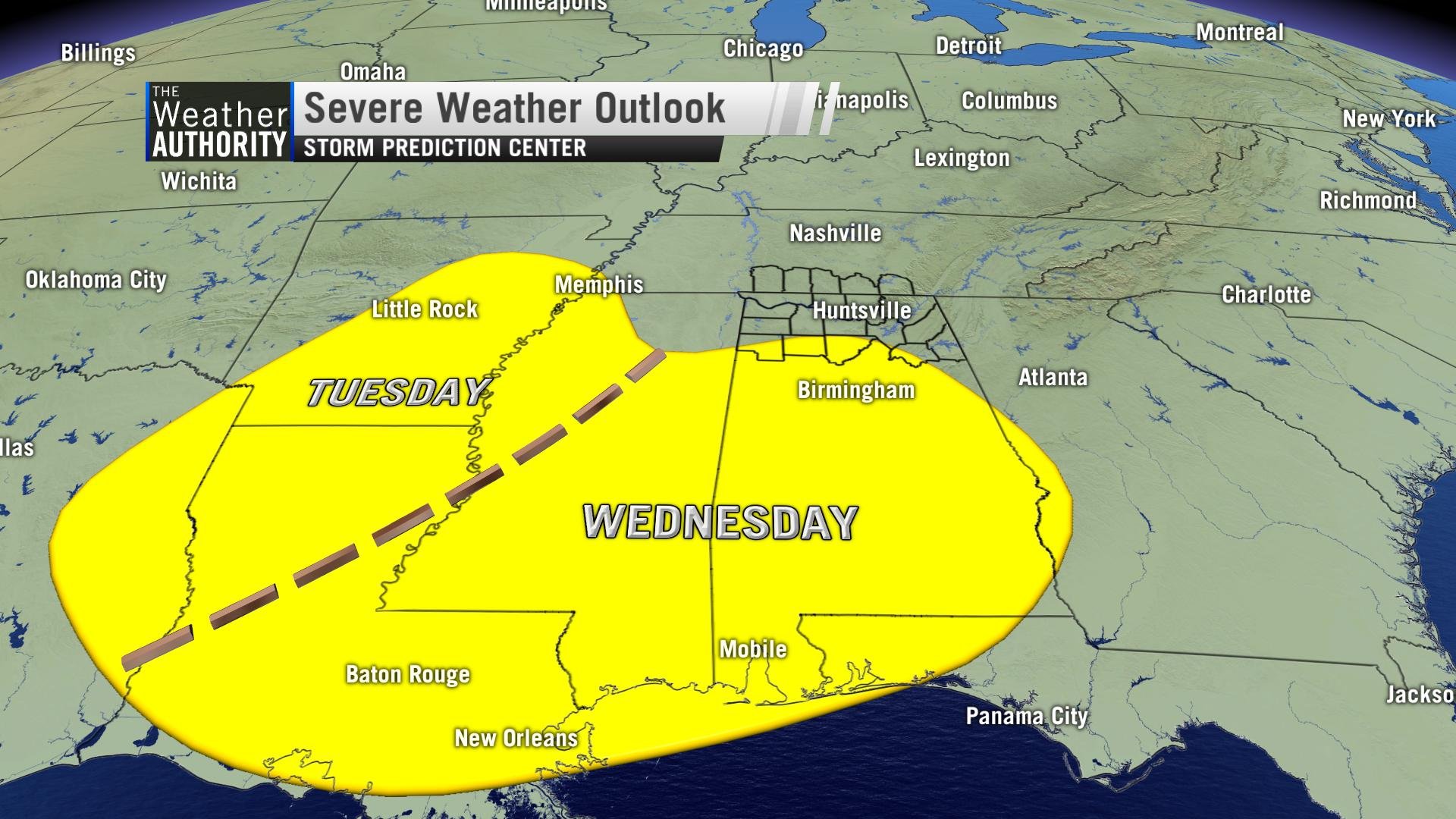 Behind the front, temperatures fall back to a below-normal range: highs in the 40s to near 50ºF, lows in the 20s and 30s, and a chance of some spotty rain through Friday.

How much rain? While most of the significant rain falls on Wednesday alone, total rainfall from Monday to next Friday looks fairly heavy: up to 1.5” to 2” on average with some spots getting as many as three inches in all. 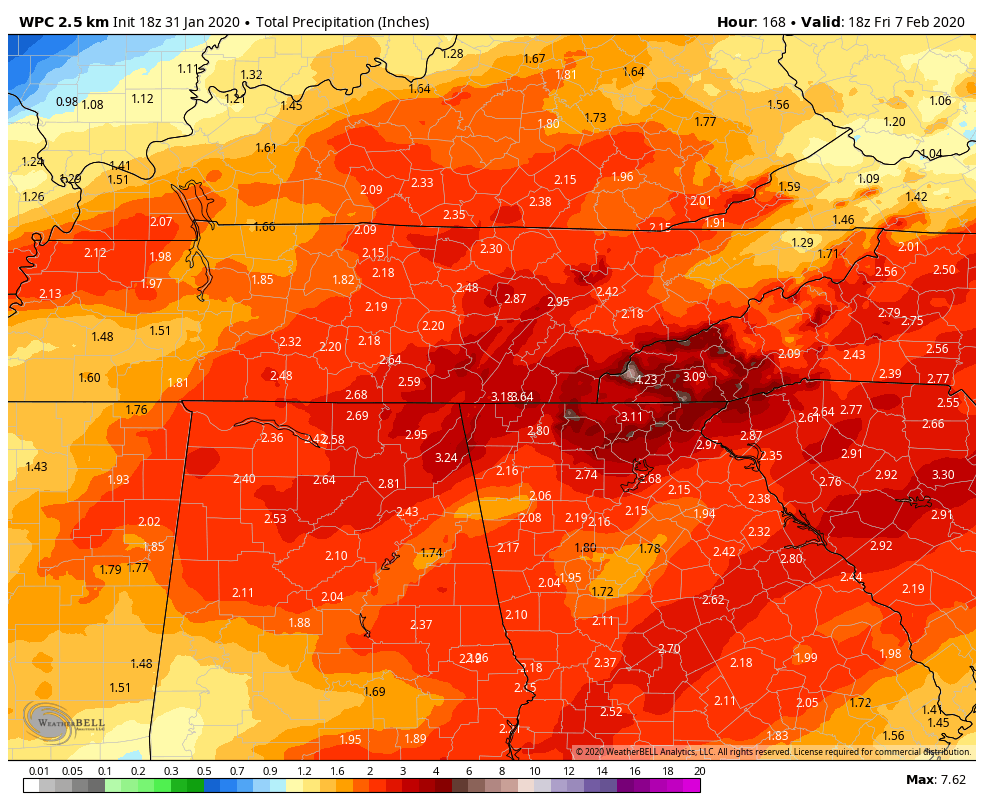 If Huntsville gets exactly 2.58″ as projected here (estimated forecast value), we would be among the top ten wettest starts to the calendar year through the first week of February with over ten inches of total rainfall.

We get our next rain chance starting Thursday afternoon and scattered showers will remain possible through the first half of the day Friday as a cold front pushes through.

This looks to be our only chance of rain over the next 7 days. We dry out by this weekend, and stay dry into the start of next week.

Frigid start to Tuesday and no warm-up in sight!

The snow is gone now, but the cold air isn't going anywhere today. Temperatures stay below freezing through around mid-morning, and temperatures top out in the low 40s this afternoon despite ample sunshine.

This post-Thanksgiving cold snap is the beginning of a cold start to December: below-average temperatures likely through at least the first 10 days of the month.

As cold air moves in from the northwest today, there may be just enough lingering moisture, as well as some upper level lift, to produce a few light snow showers across North and Central Alabama today, mainly in the afternoon.

These snow showers will be light and have little to no impact for most of us, but a few spots in higher elevations could potentially see a light coating of snow, mainly on elevated surfaces like cars and decks, as well as perhaps a bit of snow sticking on the grass as well.

Advisory panel decides who will get COVID-19 vaccines first