Thicker clouds and showers moving northbound Thursday evening turn a beautiful day into a cloudy, cool evening. Dry air near the ground evaporates most of the rain drops through 9 PM, but a few sprinkles and light showers could overcome that dryness in Northeast Alabama at times even before that time.

There are two things to remember about Friday’s rain.

Rain is not exactly ‘likely’ Friday in the sense of everyone getting soaked, but occasional, hit-or-miss showers will be passing through the region especially in the first half of the day. Brief bouts of light rain will only add up to around 0.10” on average; a few spots in Marshall, DeKalb, Jackson, Etowah and Cherokee Counties could get as much as 0.3” by Friday afternoon. Showers move out Friday evening, the weekend looks mostly dry, and we will then focus our attention on the next ‘big’ round of rain (and some storms) coming in Monday.

The weekend: Rain moves out Friday evening, and Saturday looks mostly dry. Why ‘mostly’ dry instead of ‘completely’ dry? There is just enough moisture for some clouds and sprinkles as two very weak disturbances pass overhead. Don’t count on a lot of rain, but be prepared in case one of those brief showers rains on you for a few minutes Saturday morning and again in the afternoon/early evening. Saturday looks cool with more clouds than sun: highs in the mid-50s. 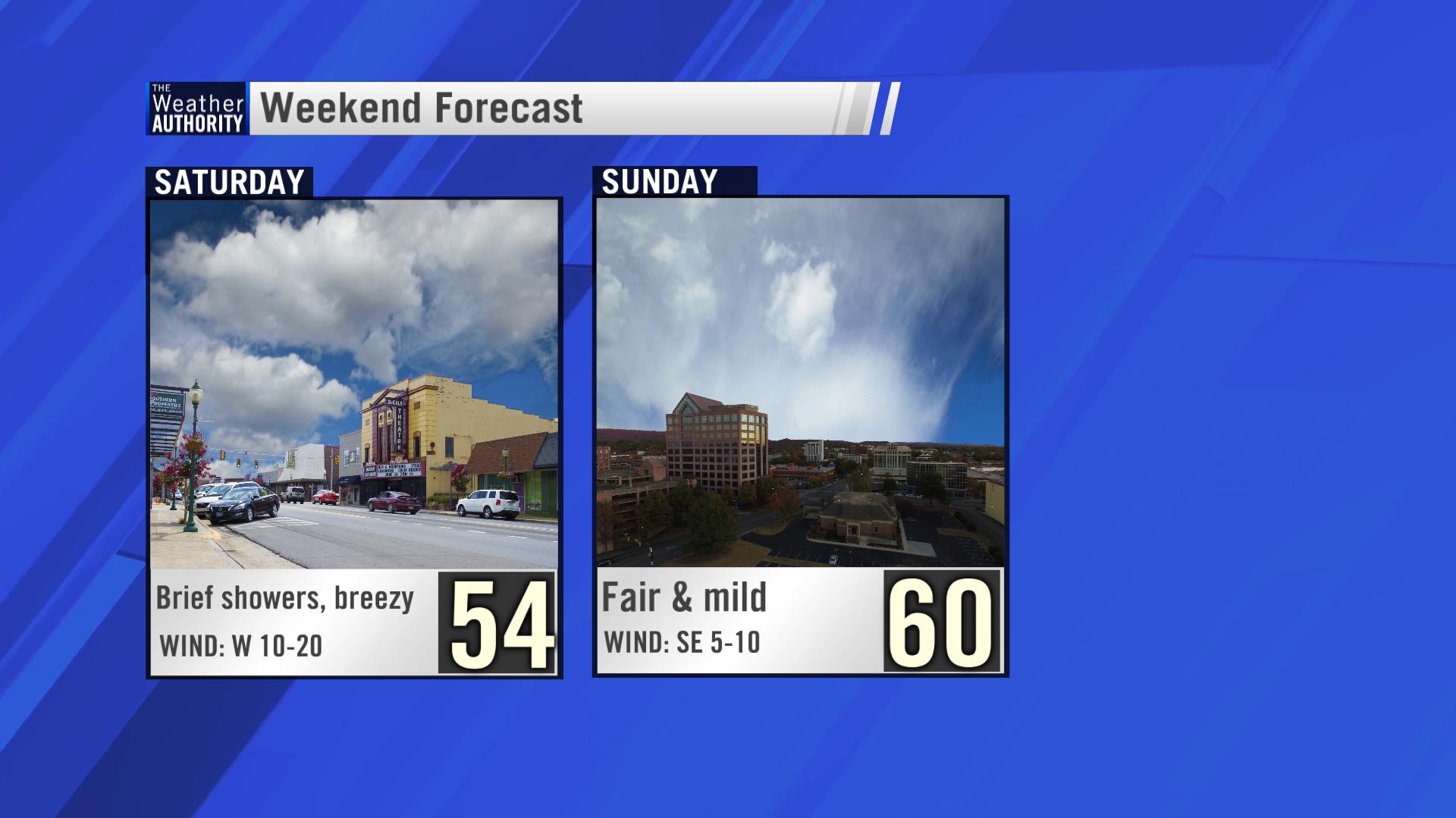 Sunday being the drier day has the greater temperature range: 30s with scattered frost in the morning, near 60ºF with some sun at times in the afternoon.

Active weather ahead: The next big storm system moves in on Monday. Timing is everything with these things, and there’s a little too much uncertainty right now to know precisely what time the rain will begin on Monday. 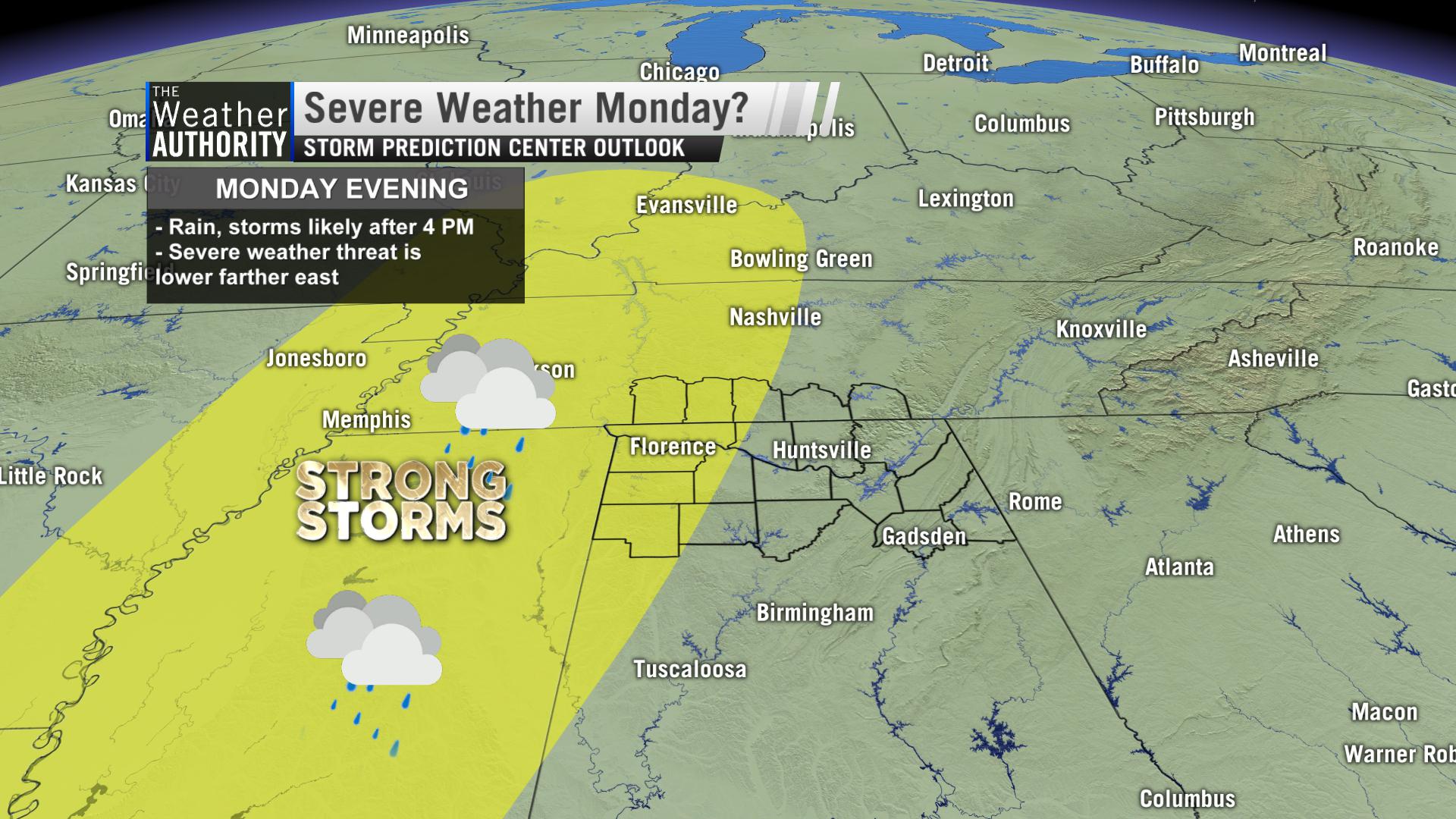 As of now, we don’t expect a major risk of ‘severe’ storms Monday in North Alabama; however, the Storm Prediction Center does outline a chance of some storms that may become severe over Mississippi, western Tennessee and the northwestern corner of Alabama on Monday evening.

Rain moves out Tuesday morning leaving it cold and dry through the middle of next week.

Total rainfall in the Monday-Tuesday timeframe looks significant, but it won’t be ‘extreme:’ 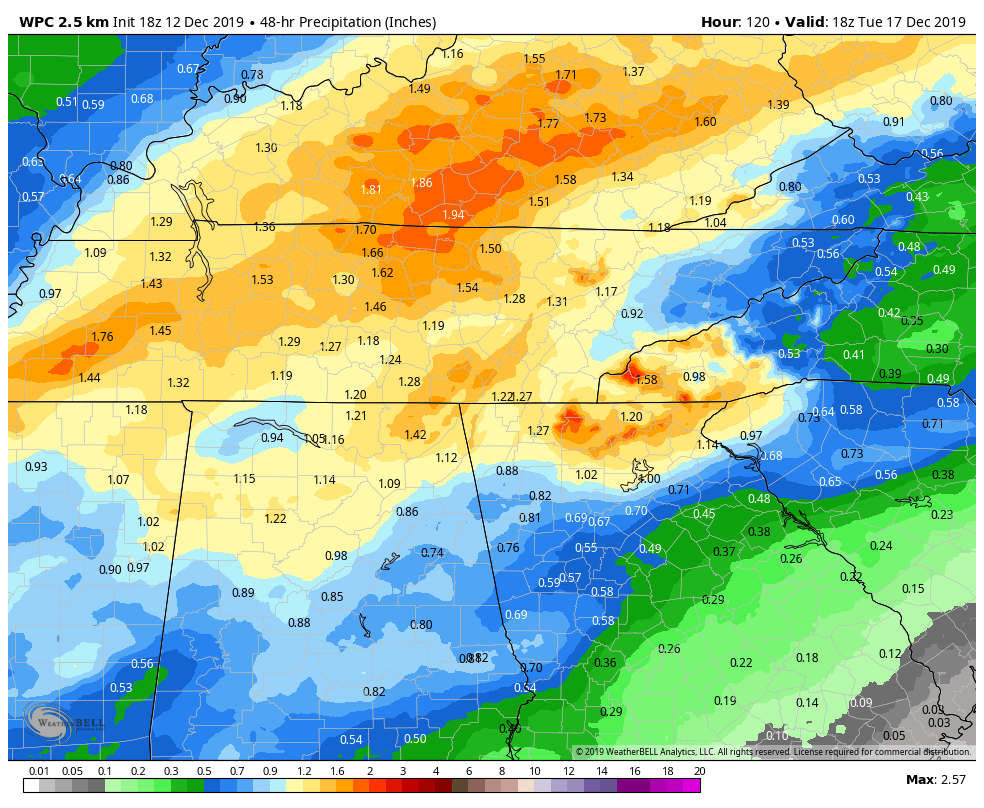