The National Weather Service in Huntsville has confirmed another tornado in their County Warning Area from the December 16th severe weather outbreak in Alabama and Tennessee. 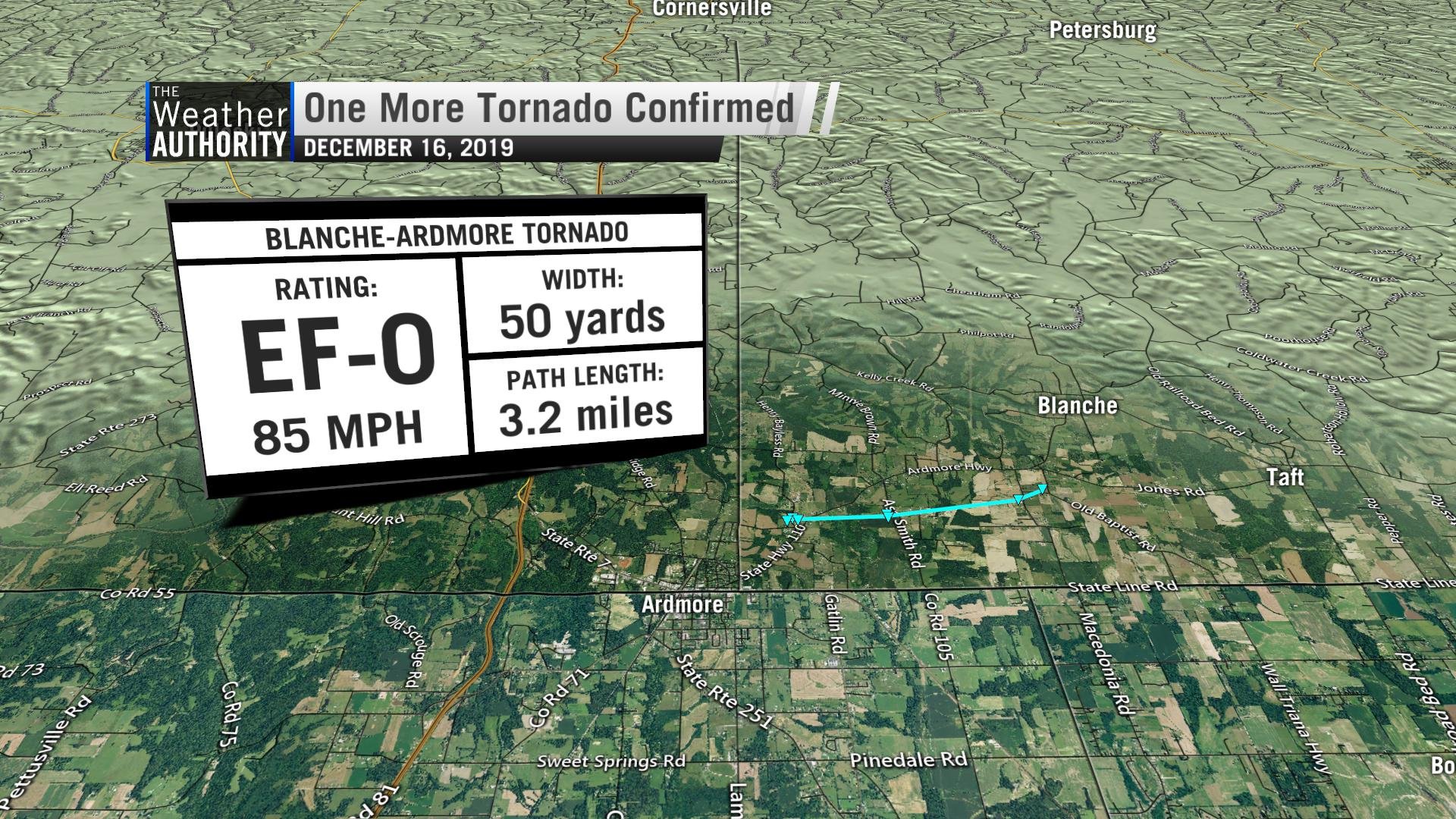 .Update…One additional tornado from the December 16, 2019 tornado
event was discovered last week in extreme southwestern Lincoln
County, Tennessee. For additional information regarding the other tornadoes
from that event, please refer to past statements.

(You can see the previous statements from NWS Huntsville here on WHNT.com)

Survey Summary: A small, weak tornado was found in extreme
southwestern Lincoln County, just northeast of Ardmore. There is a
consistent path of recently-damaged trees, along with a personal
report from a resident in the area. Additional damage could have
occurred and been cleaned up since the 16th, but more eyewitnesses
and residents were unavailable. So therefore the rating is left
only at what could be observed on January 13.

Evidence of a tornado began along Henry Bayless Road northeast of
Ardmore. There are several recently-uprooted trees in a stand of
trees north of Highway 110, and minor, superficial damage to a
single family home along the western side of the road. The
homeowner confirmed the date of the damage. Further east, along
Asa Smith Road, there were a few trees uprooted and a few large
branches snapped. Similar damage continued along You Take It Road
north of the intersection with Piller Road. The path diminishes
near Old Baptist Road with evidence of only a few broken smaller
branches, and no further damage could be found to the east along
Jones Road.

Note: No Local Storm Report will be transmitted for this damage.

Note:
The information in this statement is preliminary and subject to
change pending final review of the event and publication in NWS
Storm Data.

Could this be the third Saturday in a row with no rain? It looks like it! Hard to believe since we started 2020 with six Saturday's in a row with measurable rainfall. Every Saturday in January was wet and we started February the same way. Now we get to see a nice weekend. Enjoy it because a wetter pattern takes over next week. A Dry Saturday With Cool Temperatures Milder…