Every year NOAA releases an outlook for the upcoming hurricane season in May – and then the outlook is updated throughout the year. The first planned update to the outlook was released this week, as we head into the peak of hurricane season which stretches from August through October. 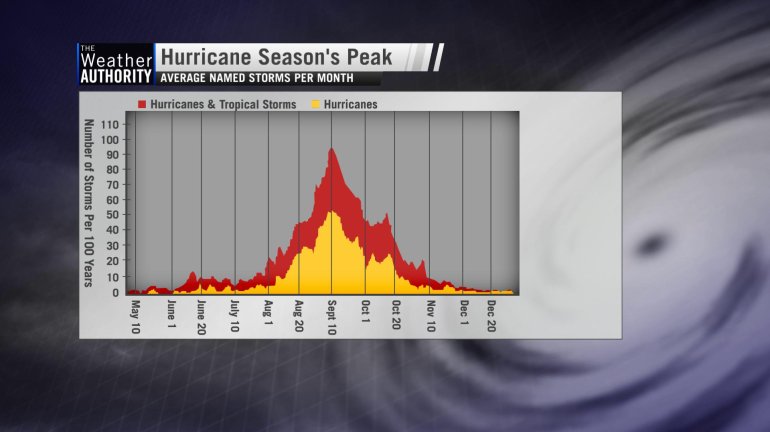 The updated outlook calls for an above-average level of activity for the rest of the season. Two named storms have already formed – Andrea and Barry- and the outlook shows the potential for 10-17 named storms overall. 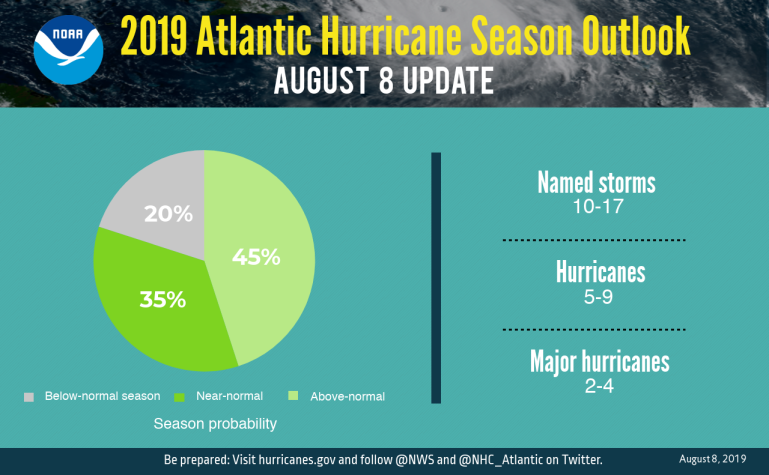 One of the biggest factors that played into this update is the ending of El Niño. El Niño patterns correspond with warming over the Pacific Ocean, which creates a stream of winds over the Gulf and Atlantic which would hinder hurricane development. Since El Niño has ended and we have now entered ‘neutral’ conditions, it will be easier for Atlantic hurricanes to form and to strengthen.

The Atlantic Hurricane Season runs from June 1st through November 30th, which is the timeframe for this and future updates to NOAA’s outlook.