Get set for a big temperature change!

Afternoon highs Monday will reach the low to mid 60s, but after that, they will plummet and stay below average through the end of the week. 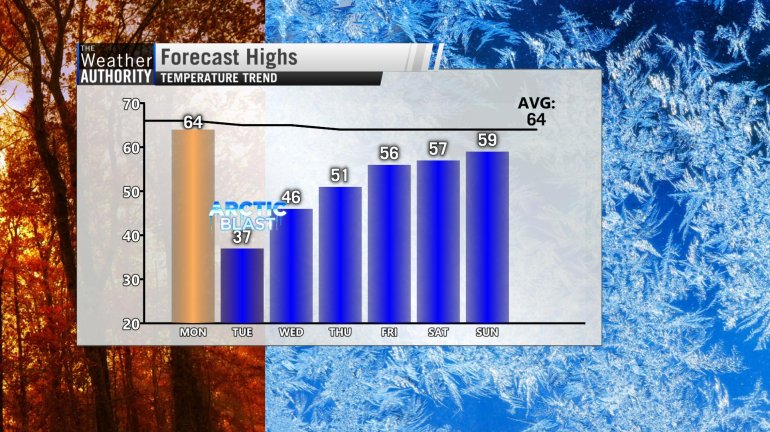 This is all due to an arctic blast that will impact the eastern half of the country this week, including the Southeast.

Warm air on Monday afternoon followed by the arctic blast 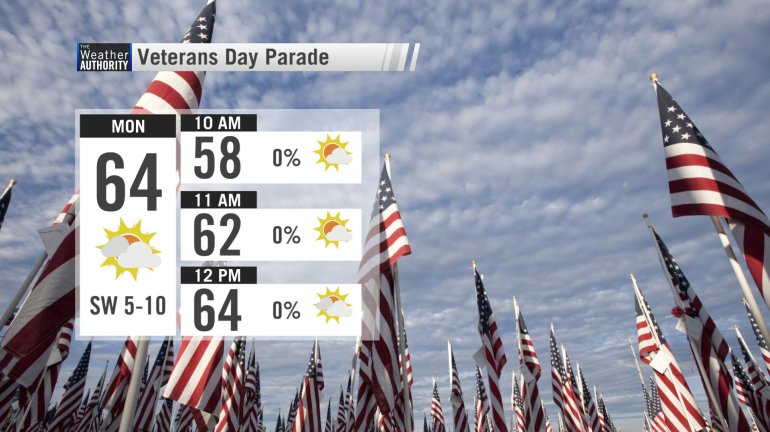 Veterans Day Monday will start off on the mild side with temperatures climbing into the low 60s. Clouds will spread in from the northwest, but rain will hold off until after 12pm.

Between 3pm and 9pm, temperatures will remain well above freezing, and a light rain will fall over north Alabama.

The coldest blast of air arrives after 9pm, and some of the rain showers may switch over to a wintry mix (including snow flurries) between midnight and 5am Tuesday.

However, the cold air is likely to not catch up with the moisture in time to produce much more than snow flurries, and all precipitation will be out of the region by 7am Tuesday morning.

It’s a shame that the moisture will be out of the area because the temperatures will be bitterly cold Tuesday!

The average high for November 12 is 65 degrees and the average low is 43 degrees.

The forecast high for Tuesday will barely climb out of the 30s, and overnight into Wednesday morning lows will fall into the teens to low 20s.

However, the wind will continue to blow out of the northwest, gusting at times as high as 25 to 35 mph. As a result, wind chill “feels like” values will only be in the teens to low 20s all day long! 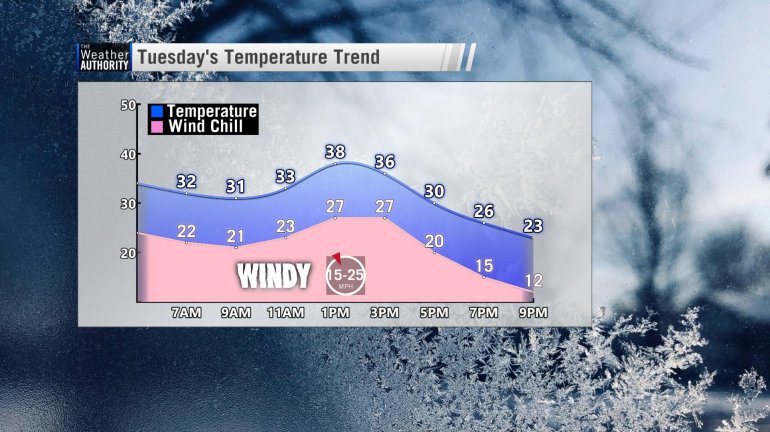 Below average temperatures continue for the second week of November

While the next several days will feature dry weather and plentiful sunshine, a big warm up is not in the cards for north Alabama. Temperatures will remain in the mid to upper 50s through the end of the week, which is approximately 10 degrees below average for mid-November. This includes the weekend!