Following the last two weeks of May, it probably won’t surprise you to know that the month ended warmer than average! The average temperature at Huntsville International (including both daily highs and lows) for the month was 74.7°F, which is about 4 degrees above average. That makes this May the 3rd warmest on record in Huntsville. 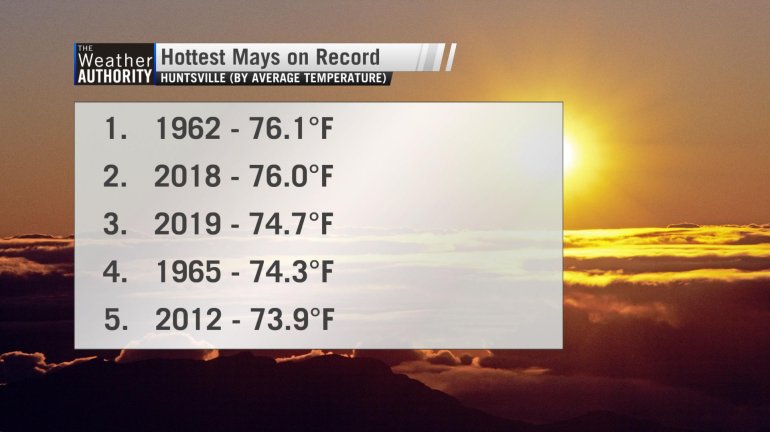 Muscle Shoals experienced the third warmest May on record too. The average temperature at Muscle Shoals Regional was also about 75°F. 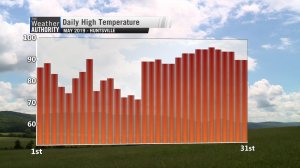 It wasn’t just the heat that made this May warmer than normal though; the stretch of uninterrupted heat at the end of the month is what helped us make the record books. Huntsville International recorded 11 straight days at 90°F or above from May 21st-May 31st. Only once before during the month of May has Huntsville International recorded 90°F or higher for over 10 days straight: that was in 1962 when we had 22 days in a row of 90+° heat!

It’s when we see rain that can make it impactful though. The entire Tennessee Valley saw most its rain early in the month, and then spent the last half of the month parched. Neither Huntsville nor Muscle Shoals has seen more than .10″ of rain since May 15th. Over two weeks without significant rain has left us dry. The most recent drought monitor colors much of North Alabama as ‘abnormally dry’. 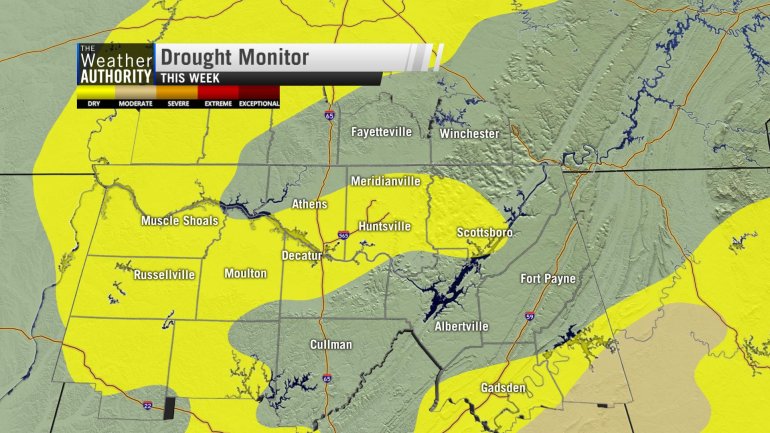 This is short-term dryness, which means if we can see a good soaking of rain soon then we can still avoid a drought developing.

There is a chance of measurable rainfall coming in the first week of June. For the full forecast, check here: whnt.com/forecast