Skip to content
Live Now
Live Now
Downtown Huntsville Protest
This is an archived article and the information in the article may be outdated. Please look at the time stamp on the story to see when it was last updated.

The Lyrid meteor shower is active each year during the second half of April, specifically April 16 through 25.

Already, a fireball was spotted over the cities of Lilburn and Lawrenceville in northeast Georgia. The American Meteor Society considers a fireball as a meteor that is brighter than the planet Venus.

Here it is! #Fireball #Meteor video from Gwinnett dashcam from Bobby Hokett. pic.twitter.com/5OJLVwPqln

This year, the meteor shower's peak will fall on Saturday and Sunday mornings, April 22 and 23. Astronomers anticipate between 10 and 20 meteors per hour to be visible early Saturday morning.

A waning crescent moon will allow plenty of darkness for the brilliance of the meteors to illuminate as they streak across the sky. Earthsky.org notes that about a quarter of Lyrid meteors leave persistent trains, or ionized gas trails that glow for a few seconds behind the meteors. 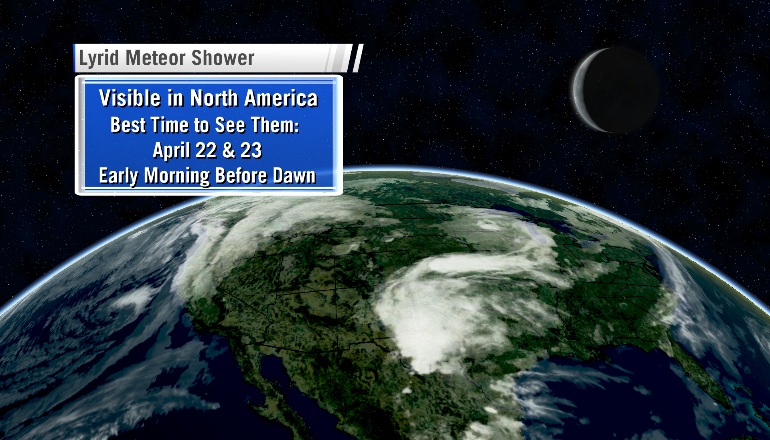 The Lyrids are created by the debris from the Comet Thatcher, which orbits around the sun once every 415 years, as reported by Earthsky.org. Each year during the month of April, the Earth passes through the orbital path of Comet Thatcher. As a result, tiny bits of the comet collide with the Earth's atmosphere, and the vaporizing debris streaks form the meteor shower.

Records of the Lyrids meteor shower go back for some 2,700 years, granting it the distinction of being one of the oldest known meteor showers. The ancient Chinese are said to have observed the Lyrid meteors “falling like rain” in the year 687 BC, per EarthSky.org.

Astronomy 101: What is a comet, asteroid, meteor, etc?

NASA defines a comet as "cosmic snowballs of frozen gases, rock and dust roughly the size of a small town. When a comet's orbit brings it close to the sun, it heats up and spews dust and gases into a giant glowing head larger than most planets. The dust and gases form a tail that stretches away from the sun for millions of miles."

In contrast, NASA defines asteroids as "rocky, airless worlds that orbit the sun, but are too small to be called planets. Tens of thousands of these minor planets are gathered in the main asteroid belt, a vast doughnut-shaped ring between the orbits of Mars and Jupiter. Asteroids that pass close to Earth are called near-earth objects."

A fireball is a meteor that glows brighter than the planet Venus as the space rock burns through the Earth's sky.

And why is it called meteorology if meteorologists study weather, not space? Well, we can thank Aristotle for that! 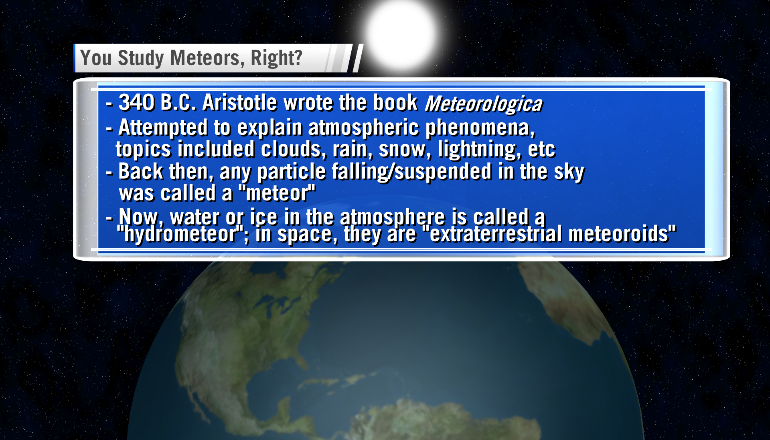 6 of 7 victims identified that were shot, killed overnight in Morgan County