Tropical activity in the Atlantic is on the rise. We now have three hurricanes in the Atlantic Basin: Irma over the Caribbean, Katia in the Gulf of Mexico, and Jose farther out to sea. 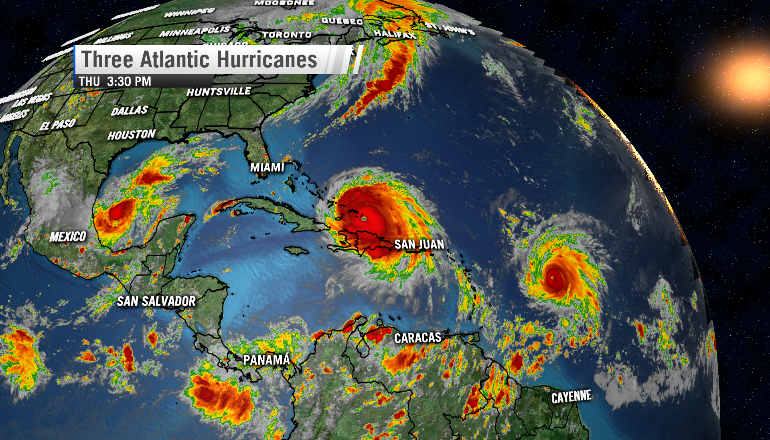 Irma: Irma is a Category 5 hurricane with sustained winds of 175 mph as of Thursday afternoon. Irma is moving just to the north of the Greater Antilles, currently bringing torrential rain and damaging winds to the Turks and Caicos and Hispaniola.

Irma is expected to maintain the strength of a Category 4 or 5 storm as it approaches Florida by Sunday. From there the track is less certain.

The most likely track will take Irma up the east coast of Florida Sunday through Monday. There is a chance though that Irma could take a path closer to the Carolinas. We’ll be watching the storm’s movement closely.

Irma is expected to have little, if any, impact on the Tennessee Valley. 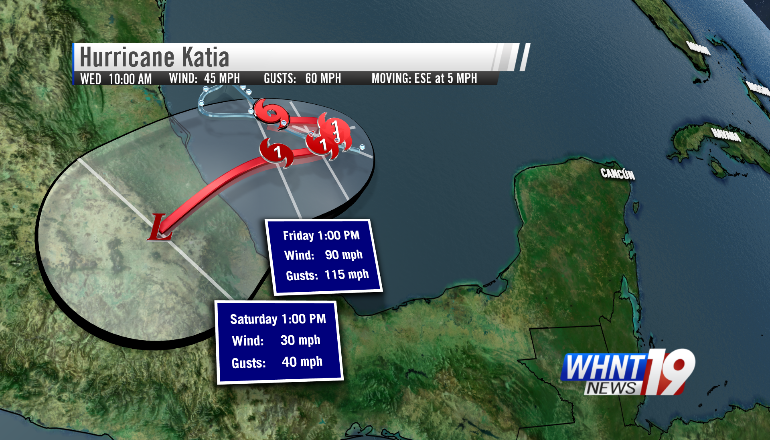 Katia is not expected to pose any kind of threat to the US. The storm will churn over the Bay of Campeche for the next couple of days before making landfall over Mexico.

Jose: Hurricane Jose originally developed off the Cape Verde Islands earlier this week and has been strengthening since. Jose became a major hurricane Thursday with maximum sustained wind speeds of 120 mph; this makes Jose the third major hurricane of the 2017 Atlantic Hurricane Season. Jose is forecast to move near the northern Leeward Islands this weekend before turning north towards Bermuda.             . 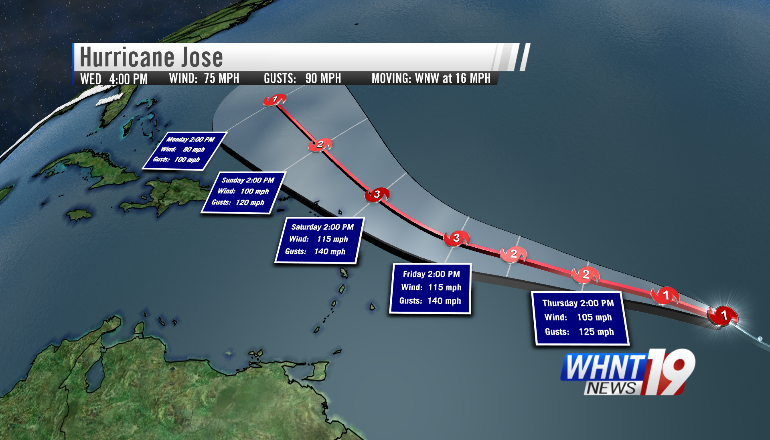 While Jose’s track looks similar to that of Irma’s, Jose will likely stay farther north. It is still too early to say if the storm will move over any of the Antilles Islands or if the storm could impact the US East Coast. We’ll keep a close eye on Jose as it continues to churn in the Atlantic.

It's a difficult job to sift through the storm damage, trying to figure out the correlating strength of the winds that could produce that level of damage.

And that's an important point to remember: The Enhanced Fujita (EF) Scale is a tornado damage rating scale based on estimated wind speeds and related damage. It uses a set of wind estimates based on damage.

Some Rain Wednesday Then A Shot Of Cold Air!

It's possible in southern middle Tennessee and extreme northeast Alabama. This won't be a travel problem. Don't be surprised to see a few ice pellets or snow flakes as the precipitation moves out Wednesday evening.

A stiff northerly wind takes over Wednesday night into early Thursday. It's going to be cold mainly because of the wind. Winds gust over 20 mph through early Thursday producing some low wind chills. We'll be 29 Thursday morning, but it will feel like in the teens! Bundle up at the bus stop! Highs for the afternoon reach the lower 40s. It will feel like the 30s during the day! A friendly reminder it's January!