Between February 17 and February 24, as much as five to seven inches of rainfall is expected to fall throughout the Tennessee Valley — and some isolated areas may receive as much as nine to twelve inches of rain! 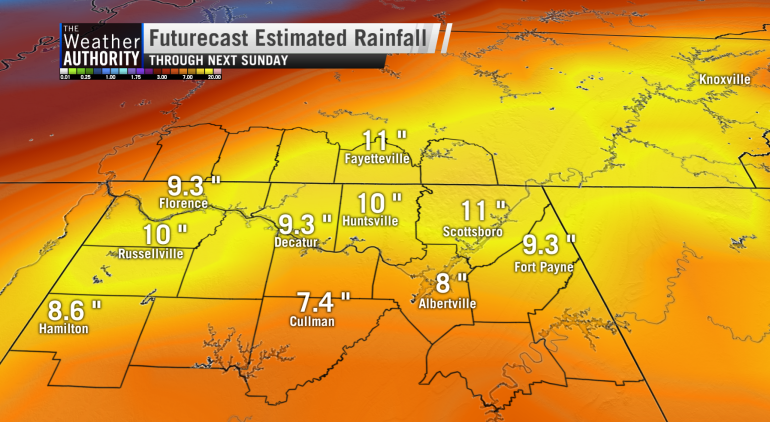 This is a very large amount of rain, especially since it will exceed the monthly February average of 4.84 inches — all within the span of a week.

But it also posed the question: How does this compare to the wettest February dates on record? The data below was obtained from the National Weather Service climate data for the city of Huntsville.

The greatest single day rainfall in the month of February occurred on February 10, 1994 when a little over 4 inches of rain fell. The top 5 wettest February days involved rainfall that was at least 3.25 inches within 24 hours. 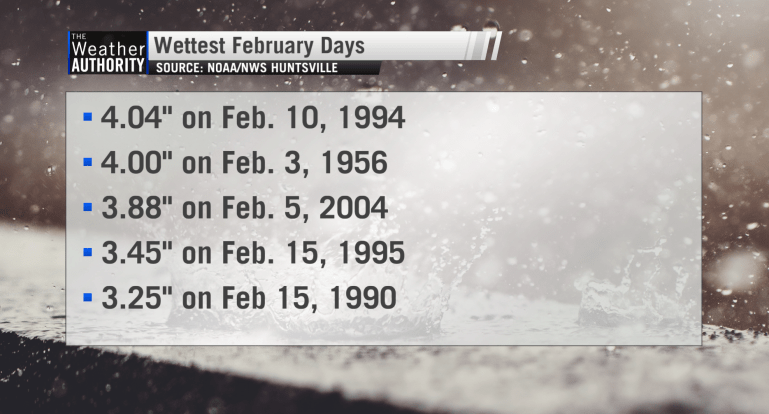 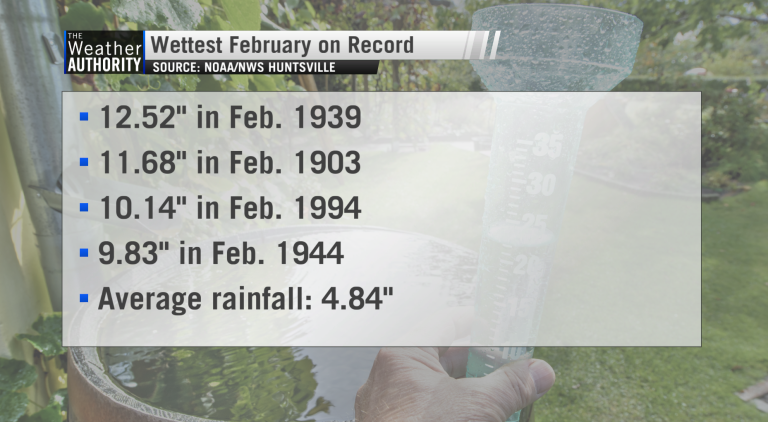 With rain in the forecast for nearly every day over the next 10 days, it is concerning to know that local rivers and creeks will likely experience flooding as the runoff rainwater flows into the tributaries.

Up to 8" of rain is forecasted over the next week. We are releasing high flows from the large tributary dams to create as much storage as possible. All 9 dams on the main stem Tenn. River are operating at full turbine capacity and spilling excess water. pic.twitter.com/hMcxdDxSKd

The National Weather Service released information regarding possible river flooding that will likely occur next week. If you encounter floodwaters, do not attempt to walk, swim or drive through them — instead, turn around and seek higher ground. 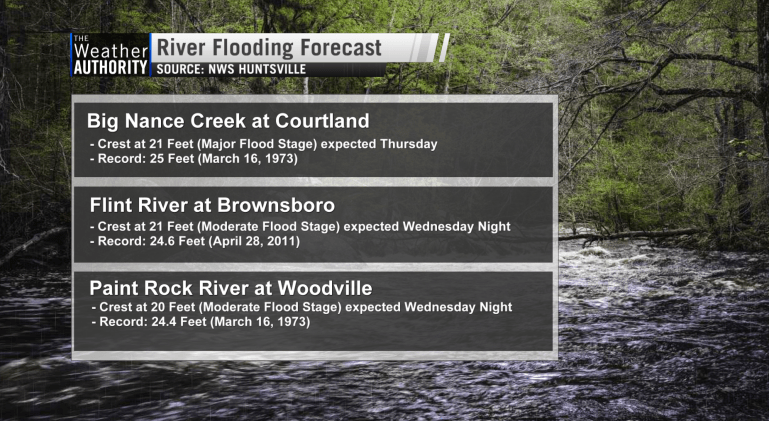 CDC director says protests could lead to another wave of COVID-19 cases, says anyone at protests should get tested

Hundreds on Maui “paddle out” in remembrance of George Floyd