Coming up this week, the Tennessee Valley is bracing for the hottest temperatures so far this season. Although thermometers at Huntsville International Airport reached 99 degrees three times this year, temperatures haven’t hit the big 1-0-0 since August 5, 2015.

I think we’ll do it this week! Check out the forecast trend for the next five days. In the immortal words of socialite Paris Hilton: “That’s hot!” 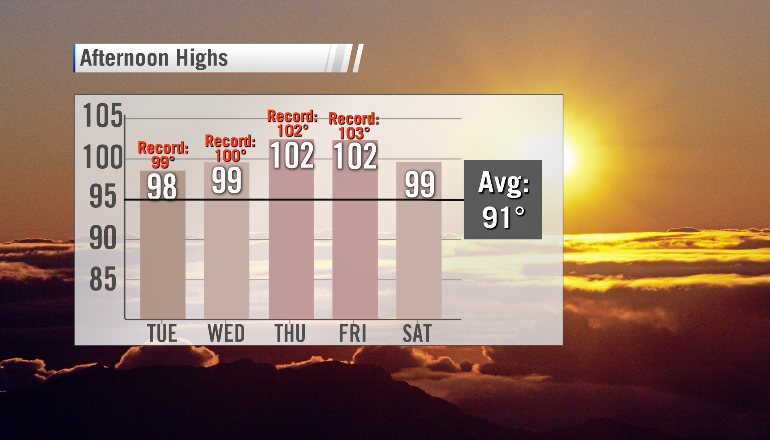 But it got me wondering: What are the hottest temperatures that have EVER been recorded here in the region? 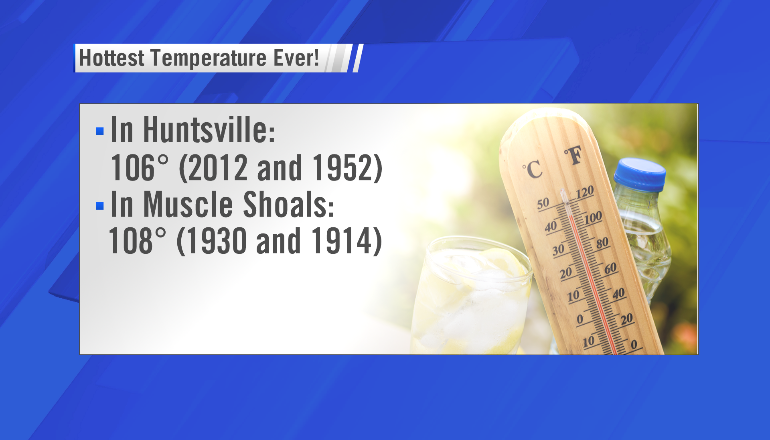 Back in 1952, a heat wave also took place in late July, producing temperatures that rocketed up to 106 degrees on both July 28 as well as July 29.

In the Shoals, the hottest temperature ever occurred back in 1930, when temperatures hit 108 degrees. Similar to Huntsville, those temperatures occurred on July 28 as well as July 29.