With a lot of folks headed to Alabama’s beaches this week for spring break, it’s important to remember that the weather can pose a risk even on a sunny, pleasant day. Rip currents are the biggest weather related killer along the Gulf Coast, and there’s a high risk for rip currents Monday and Tuesday. 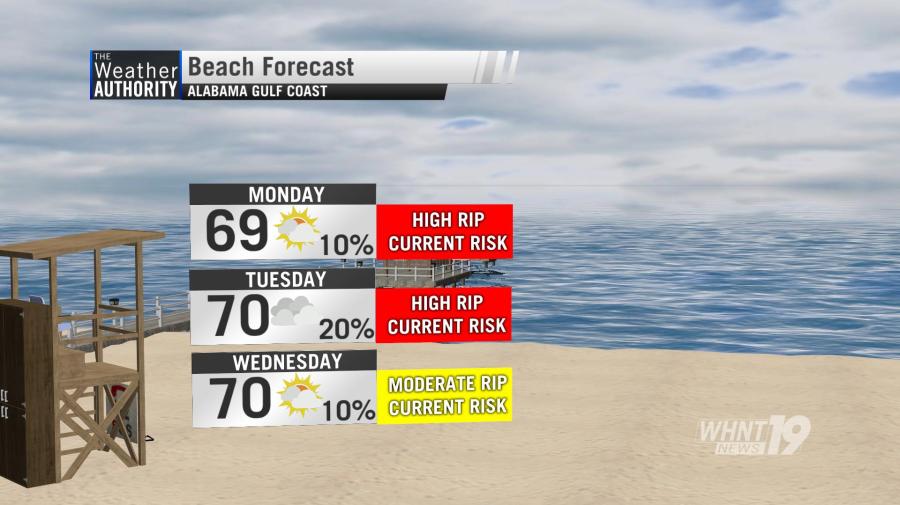 What is a rip current?:  Here’s how NOAA describes it:

“Rip currents are powerful, narrow channels of fast-moving water that are prevalent along the East, Gulf, and West coasts of the U.S., as well as along the shores of the Great Lakes.

Moving at speeds of up to eight feet per second, rip currents can move faster than an Olympic swimmer.

Panicked swimmers often try to counter a rip current by swimming straight back to shore—putting themselves at risk of drowning because of fatigue. 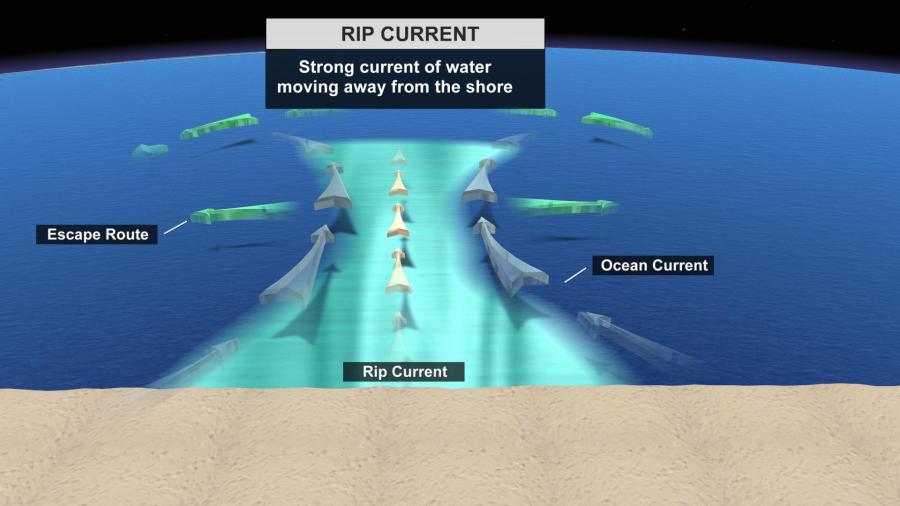 Lifeguards rescue tens of thousands of people from rip currents in the U.S. every year, but it is estimated that 100 people are killed by rip currents annually. If caught in a rip current, don’t fight it! Swim parallel to the shore and swim back to land at an angle.”

Remember, if you get caught in a rip current, don’t swim against it! Yell for help, swim parallel to shore until you’re out of the current, and then swim back to land at an angle.

For more on rip currents, check out the video from NOAA below.