Throughout the month of November, measurable rainfall was recorded in only 8 out of 30 days this month — and a deficit began to add up across north Alabama. 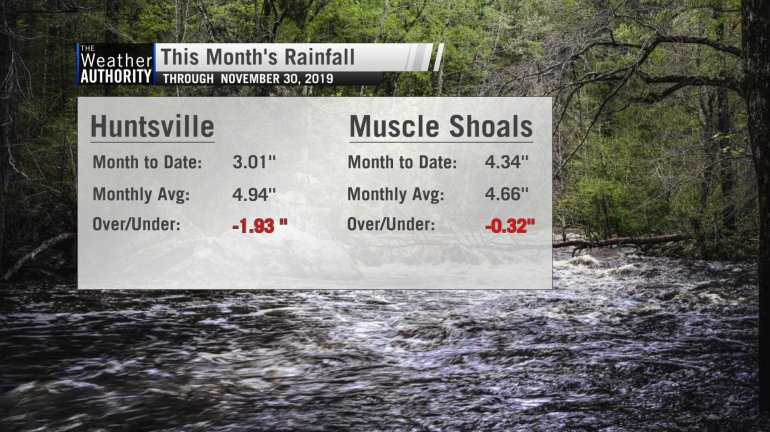 However, the heavy rain and thunderstorms that barreled through the region Saturday, November 30 put a significant dent into November’s deficit, and once all of the rainfall is tallied for the day, it’s possible that the deficit may be erased. 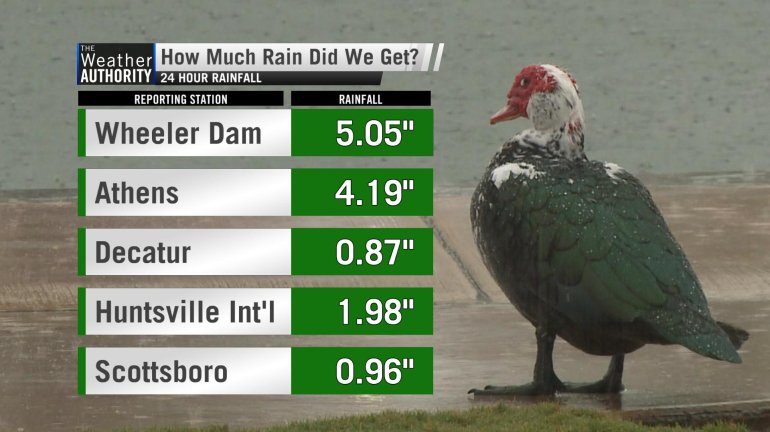 Below is a compilation of rainfall reports from across north Alabama.

Huntsville International Airport recorded a high in the 80s (81ºF) Thursday for the first time since October 11, 2019: 167 days ago. Muscle Shoals warmed all the way to 86ºF: just one degree short of the record high set in 2007.

That warmth came on the heels of a chilly morning; it was in the 40s to start Thursday, so that dry air warmed up very efficiently under a sunny sky!

It gets even warmer on Friday, and we may set some new record highs:

‘I’ve Never Felt Like This Ever’: Iowa Man Shares His Experience With COVID-19

Lost your job due to COVID-19? Here’s how to apply for unemployment