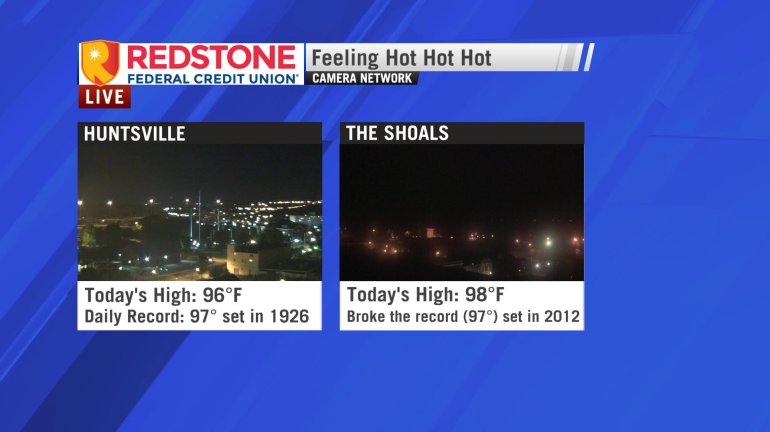 Unfortunately (or fortunately, if you plan to spend time on the water), the heat is not going anywhere for the next few days as a stubborn area of high pressure stays parked over the Southeast.

As a result, the forecast has been about as steady as any this year: hot, hazy and humid with a chance of a brief, passing shower or thunderstorm. 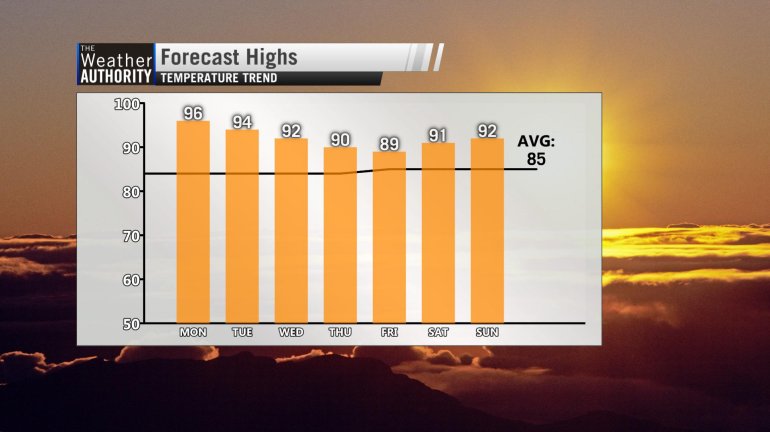 The 10% chance of isolated showers (or a brief storm) is only there because it gets just hot and just humid enough to spark a downpour or two. There will be no widespread rain through the first big holiday weekend of the summer season; for most of us, there will be exactly zero rainfall through Monday.

It stays hotter than normal for late May: highs 92ºF to 96ºF with a heat index as hot as 97ºF and 100ºF during the hottest part of the day. On lakes and rivers around the region this weekend, the wind won’t be a huge factor: generally west-southwest around 5 to 15 miles per hour with an occasional gust as high as 20 miles per hour.

Pattern change on the way? This heat isn’t going to go away anytime soon. Occasionally, well-timed downpours can drop temperatures, but there’s no ‘cool’ air moving this way within the next week. 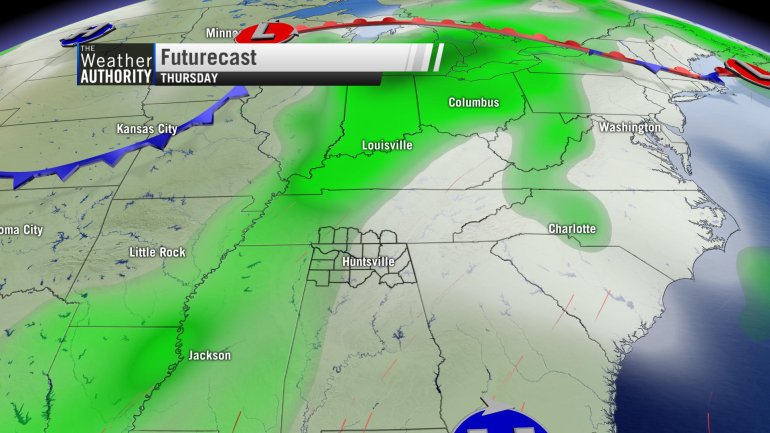 The ridge will break down, the jet stream gets a little closer, and the chance of daily storms rises from Wednesday through next weekend. That’s really the only change we’ll see at all within the next ten days: temperatures near normal (upper 80s/lower 90s for highs and 60s for lows) and a decent chance of some scattered storms. 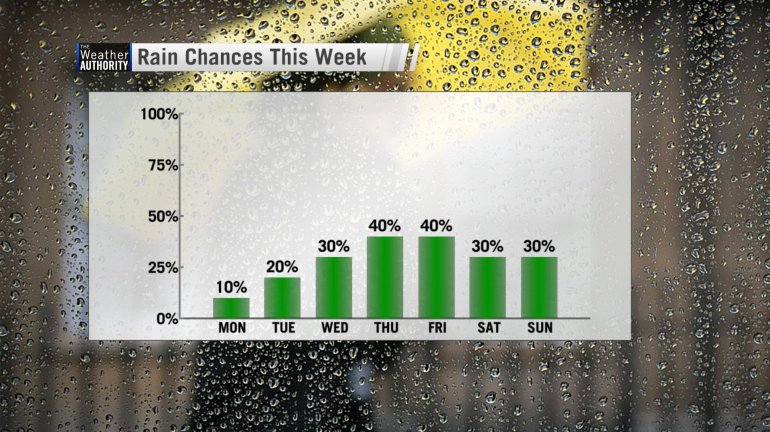 Hottest weather of the season begins this week

Monday morning will start off mostly clear, however patchy dense fog is possible, especially in areas that received heavy rainfall on Sunday. Morning lows will drop near the dewpoint, ensuring the cool and moist start to the day.

Afternoon highs will rebound into the upper 80s and low 90s for Monday afternoon under a mostly clear sky. Dewpoints will still be in the upper 60s — while not necessarily in the “dry” category, these dewpoints will be low enough to keep heat index values from climbing into the “uncomfortable” territory.

One injured after Arab wreck

One injured after Arab wreck