The National Weather Service in Huntsville as well as Birmingham have issued a Flash Flood Watch for much of the Tennessee Valley as well as central Alabama.

As much as 2.5 to 5 inches of rain is forecast to fall between early Friday morning and late Friday night. 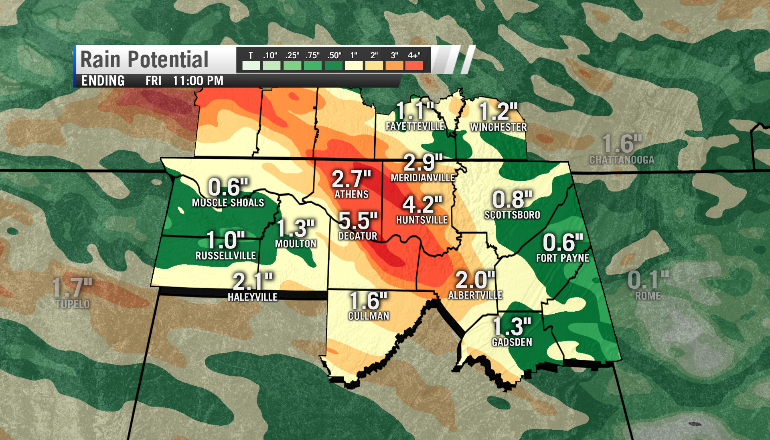 While not everyone will experience torrential rainfall, the potential does exist for portions of southern Tennessee and Alabama to receive heavy rain over the same area throughout the day, leading to flash flood conditions.

Below is the official Flash Flood Warning statement from the National Weather Service in Huntsville.