This in from the National Weather Service in Franklin County this morning:

(2:46 AM) nwsbot: Local Storm Report by NWS HUN: 1 S Russellville [Franklin Co, AL] emergency mngr reports FLASH FLOOD at 02:08 AM CST — em report of at least 5 roads covered in water and in the process of being blockaded across franklin county, al.

An areal flood warning is in effect for all of north Alabama until 11am because of the overnight rainfall. 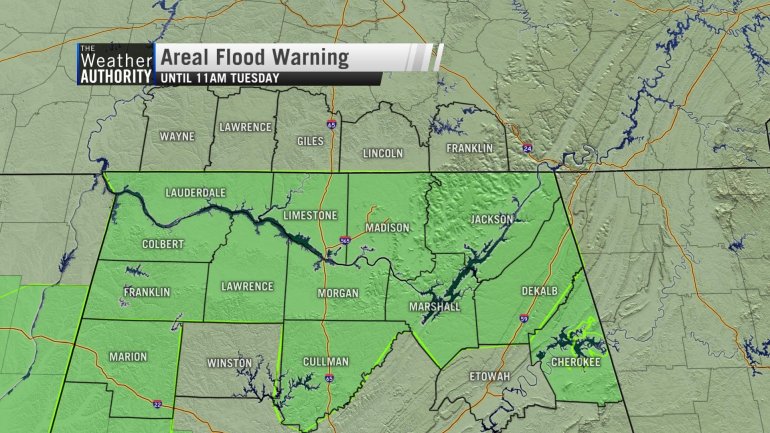 Heaviest rain has moved out for the morning commute, but several roads are closed or barricaded!  NOAA’s WPC (Weather Prediction Center) outlines a large area of Alabama, Mississippi, Louisiana and Arkansas where heavy rain overnight could cause more flash flooding. 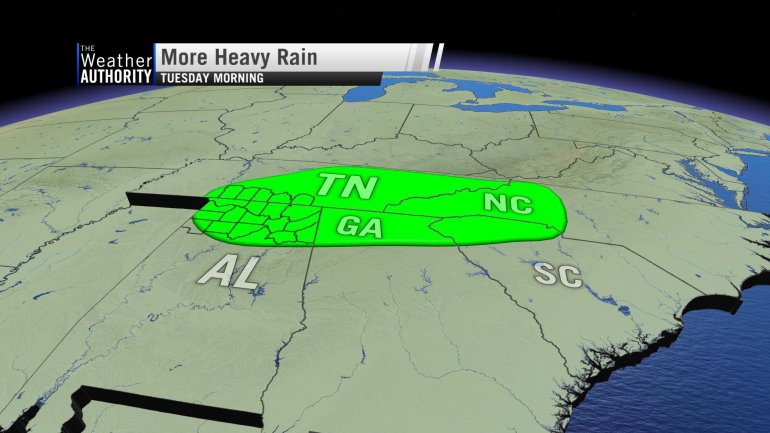 From the WPC discussion:

If you are traveling early in the morning, watch for flooded roads. If you cannot see the pavement, don’t assume it’s there. Take a different route. 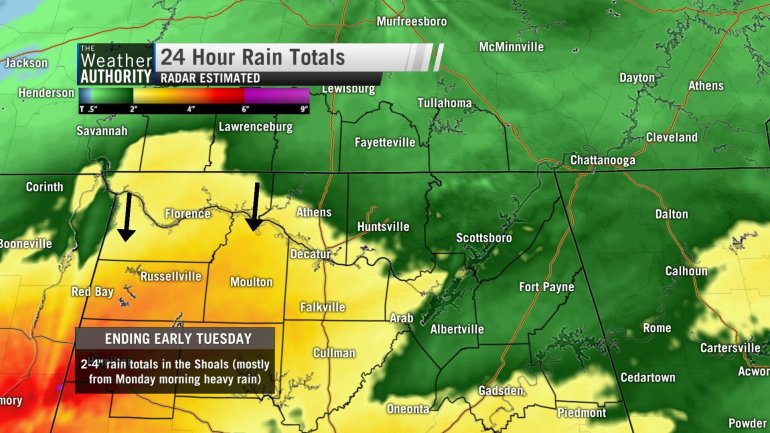