Wednesday afternoon has yielded another round of pop-up storms producing heavy rainfall. A few of these storms stalled over Eastern Lauderdale County, prompting the National Weather Service in Huntsville to issue a Flash Flood Warning through 6:15PM. 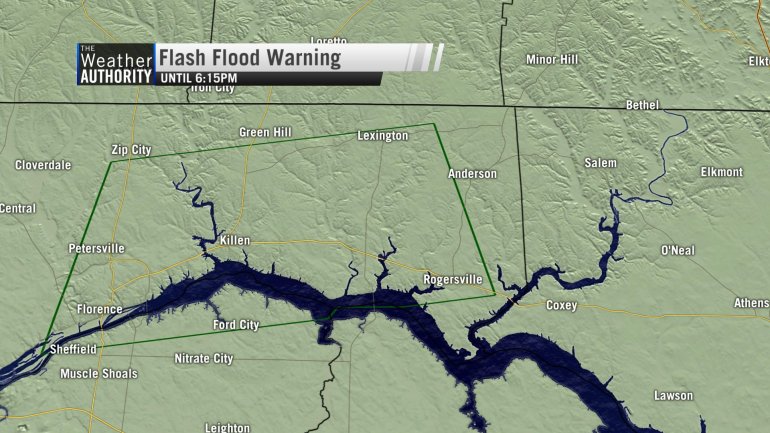 The National Weather Service in Huntsville Alabama has issued a

* At 317 PM CDT, Doppler radar indicated thunderstorms producing
heavy rain across portions of Northwestern Alabama. Up to two to
two and a half inches of rain have already fallen in the last
hour, with additional rainfall amounts up to an inch possible
through 4 PM CDT. Flash flooding is expected to begin shortly,
especially in urban locations such as Florence.

Excessive runoff from heavy rainfall will cause flooding of small
creeks and streams, urban areas, highways, streets and underpasses as
well as other drainage areas and low lying spots.

A Flash Flood Warning means that flooding is imminent or occurring.
If you are in the warned area move to higher ground immediately.
Residents living along streams and creeks should take immediate
precautions to protect life and property.