The Tennessee Valley has not been able to catch a break from the rain this year. In just the first 70 days of 2019 Huntsville International recorded 23.58 inches of rainfall. That’s 43% of our average annual rainfall AND the wettest first 70 days on record! 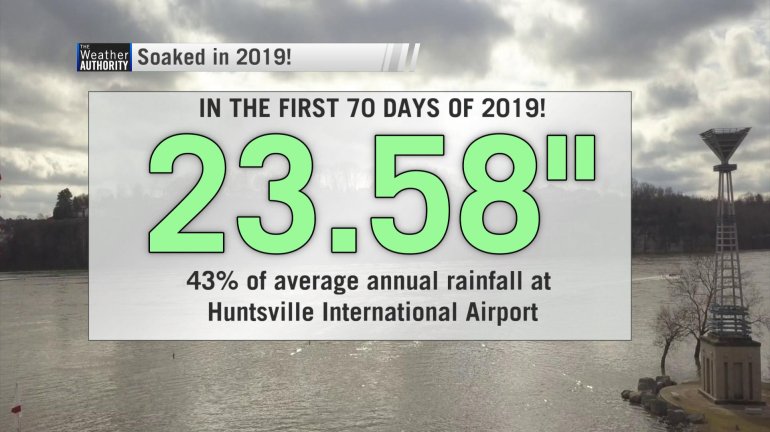 Is this an indication that we’re headed toward one of the wettest years on record? Not necessarily.

If we received an average amount of rainfall for the remainder of the year we would end 2019 at 66.53 inches. That is above the average of 54.34″, but it wouldn’t quite crack the top ten wettest years on record. At 66.53″ it would be the 11th wettest year at Huntsville International. 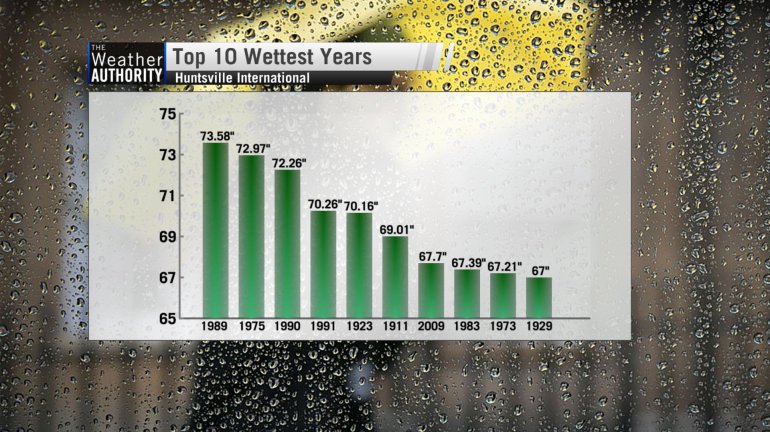 Of course, that’s assuming we receive an average amount of rainfall from March 12th onward. A wet start to the year does not mean a wet end to the year. Take the year 1939 as an example. In the first 70 days of 1939 Huntsville received 20.28″ of rainfall, which is pretty close to what we’ve received in 2019. Despite the damp start to 1939 though, the year ended below average at only 49.98 inches. A dry started up in the late summer and lasted through the fall, severely limiting the overall year’s rainfall totals.

We can’t see past this spring yet to start speculating on whether or not the summer or fall could leave us dry. In the meantime, the spring is still looking damp! 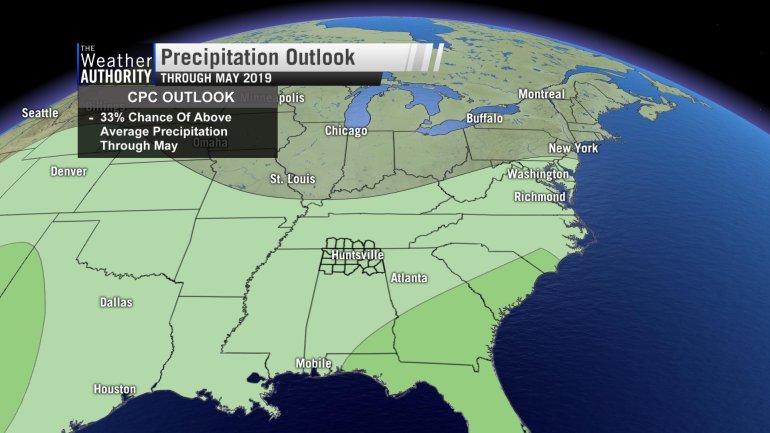