Monday, September 23 at 2:50 a.m. is the Autumnal Equinox, also known as the First Day of Fall. An equinox occurs when the Earth is neither tilted toward or away from the sun. 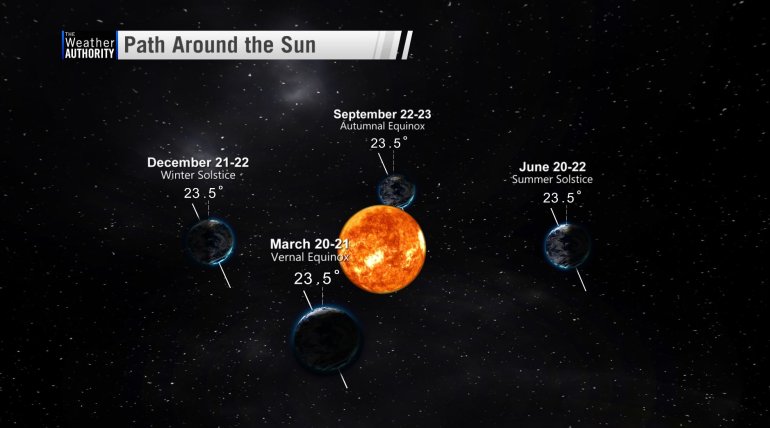 Although equinox does translate out to “equal night” the equinox is not actually a day of equal day and night for all us of. That day also depends on your latitude. For Huntsville, our day of equal daylight and night will come a few days after the equinox on September 26th. After this day we’ll experience more night hours than daylight hours until the winter solstice. 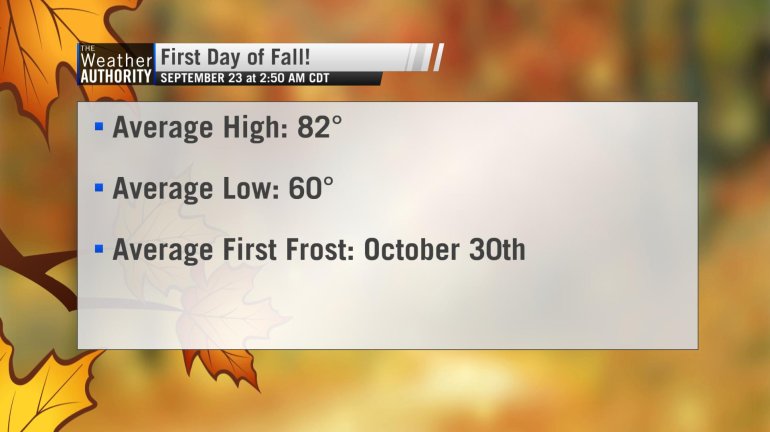 Between now and the winter solstice Huntsville’s average temperature will drop by about 30 degrees, from 83°F to 52°F. We’ve been well above average through most of September though; in fact, September 2019 is shaping up to be the second warmest month in Huntsville’s history with an average high of 95 degrees! 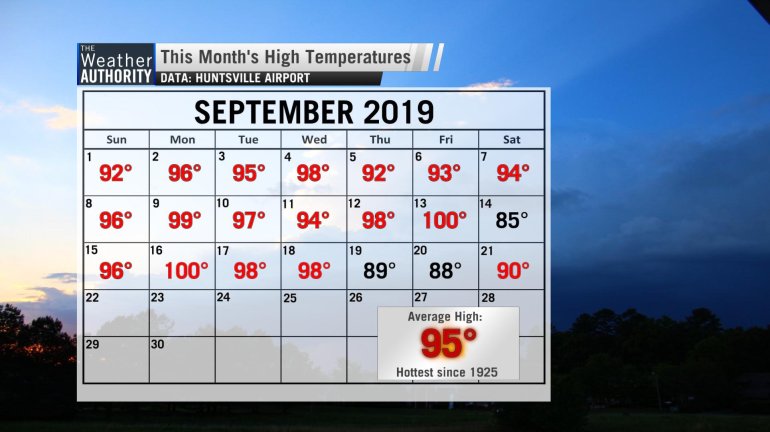 Unfortunately, the “Summer Sizzle” will not come to an end despite Fall’s beginning, and forecast guidance indicate that daytime highs in the mid to upper 90s are possible through next weekend. These forecast numbers are already 10 degrees above average, but it may be possible to experience temperatures 15 to 20 degrees above average if those model guidance numbers verify! 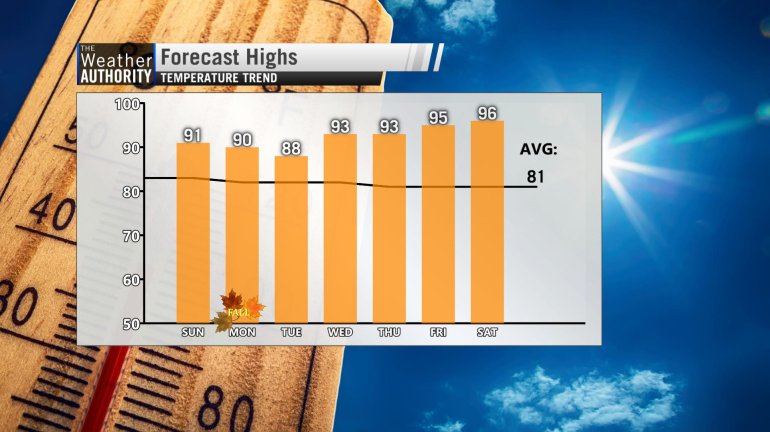