No doubt you’ve seen the headlines coming out of southeastern California, however earthquakes are not limited to the West Coast.

In April 2003, a magnitude 4.6 earthquake shook my freshman dorm at Georgia Tech in Atlanta, Georgia. It turns out, the earthquake was actually centered in Fort Payne! 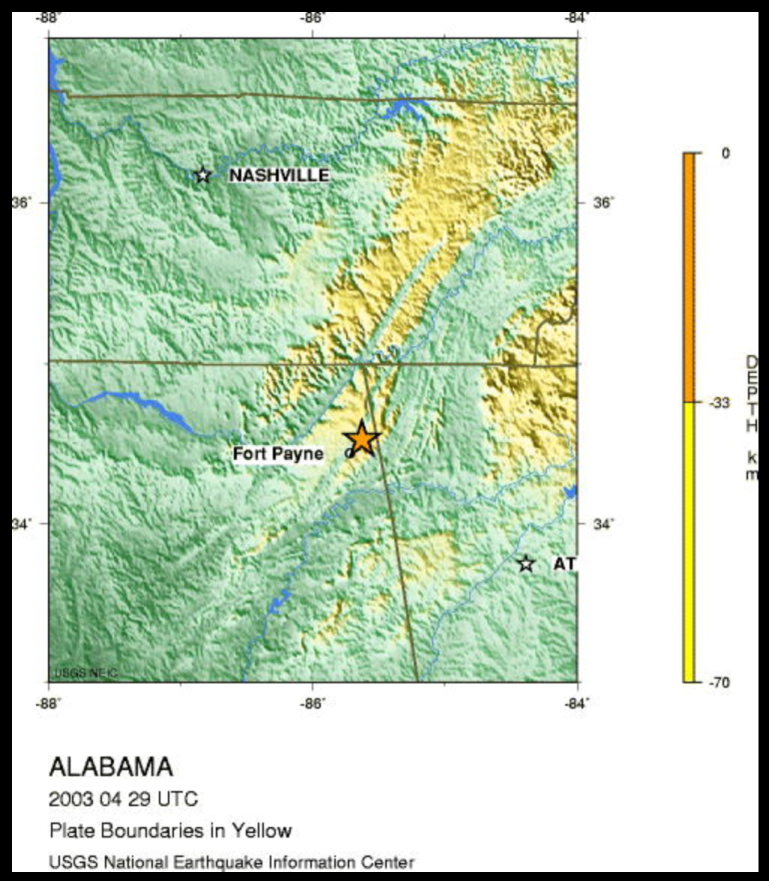 Northeast Alabama is impacted by the East Tennessee Seismic Zone (also known as the South Appalachian Seismic Zone), which geologists say is the second most active seismic zone east of the Rocky Mountains.

But Huntsville is roughly 200 miles east of the New Madrid Fault Zone, which is considered to be the most active seismic zone in the eastern United States. 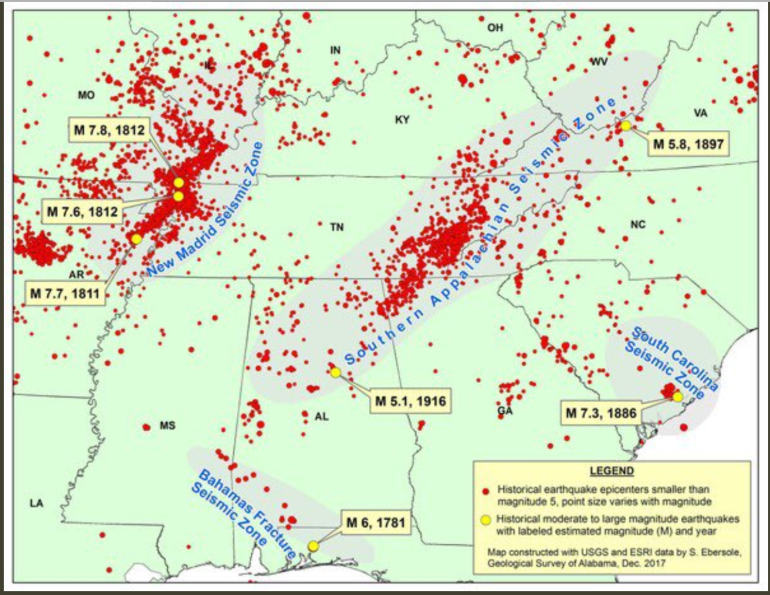 Out West, the recent earthquakes in Ridgecrest, California were caused not by the more familiar San Andreas Fault Line, but by smaller active fault lines that run through eastern California.

In this case, Ridgecrest is impacted by the Eastern California Shear Zone.

The earthquakes still caused a lot of damage — reaching a 7.1 on the Richter Scale. Be aware that this scale is logarithmic: This means that the energy released at a given number is 10 times greater than the value below it. 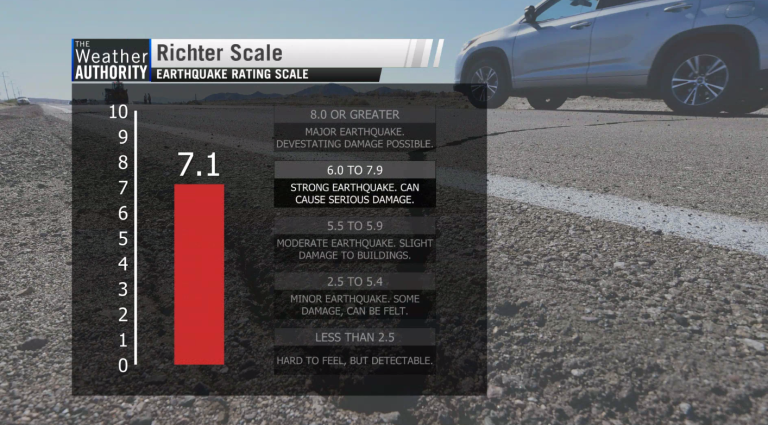 There are three different ways earthquakes can form: via a normal fault, reverse fault, or and/or a strike-slip fault.

Regarding the recent earthquakes in Ridgecrest, the Eastern California Shear Zone is a strike-slip fault: Earthquakes form when two blocks of earth slide past each other. 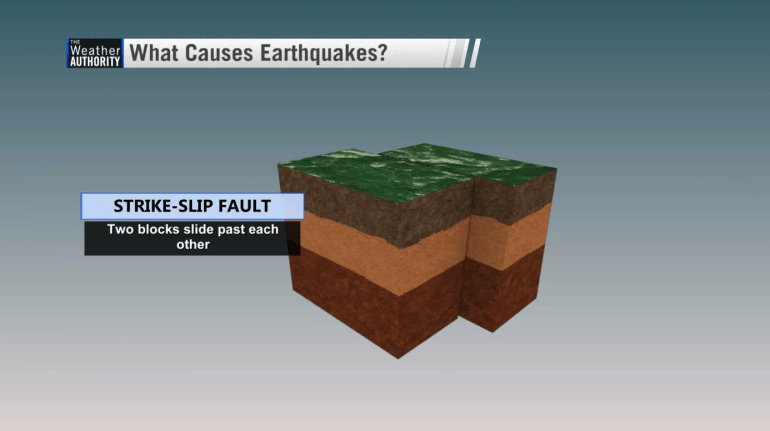 Closer to home in the Tennessee Valley, both the New Madrid Fault Zone  and East Tennessee Seismic Zone  are considered to be deeply imbedded zones within the earth’s crust. As a result, these are not actual fault lines, but rather are fault zones — in other words, the physical nature of the earthquakes associated with them are unknown.

Since an earthquake is possible at any time in Alabama and Tennessee, it’s important to review safety tips in the event a temblor occurs:

Reminder—sign up for the Alabama great @ShakeOut on 17 Oct 2019. If you live in NW AL you should care about the New Madrid Seismic Zone (SZ); in NE AL, the Southern Appalachian SZ; and along the coast, the Bahaman Fracturing SZ. https://t.co/XensPVIIaj @AlabamaEMA https://t.co/W3Sh1mvvfe