That cold northwest wind settles down this evening; the wind chill won’t be as much of an issue, but it is getting colder! Temperatures fall off through the lower 30s this evening ending up around 26ºF to 31ºF by daybreak. Clouds slowly thin out overnight leaving us with a partly to mostly sunny sky; it still looks cool as the wind shifts to the west-southwest: highs in the upper 40s.

Slightly warmer air moves in by midweek bringing temperatures up into the upper 50s and lower 60s again by day, but it stays cold at night: lows 32ºF-37ºF through Thursday morning. The next chance of any rain at all comes with some light showers Friday; the next good chance of rain comes late in the weekend and into Monday of next week.

Friday’s rain looks fairly light and spotty around here, so we are opting for a lower ‘chance’ of rain. The confidence is high that there will be rain in the area; however, it may not add up to much more than sprinkles for much of North Alabama and Southern Tennessee. 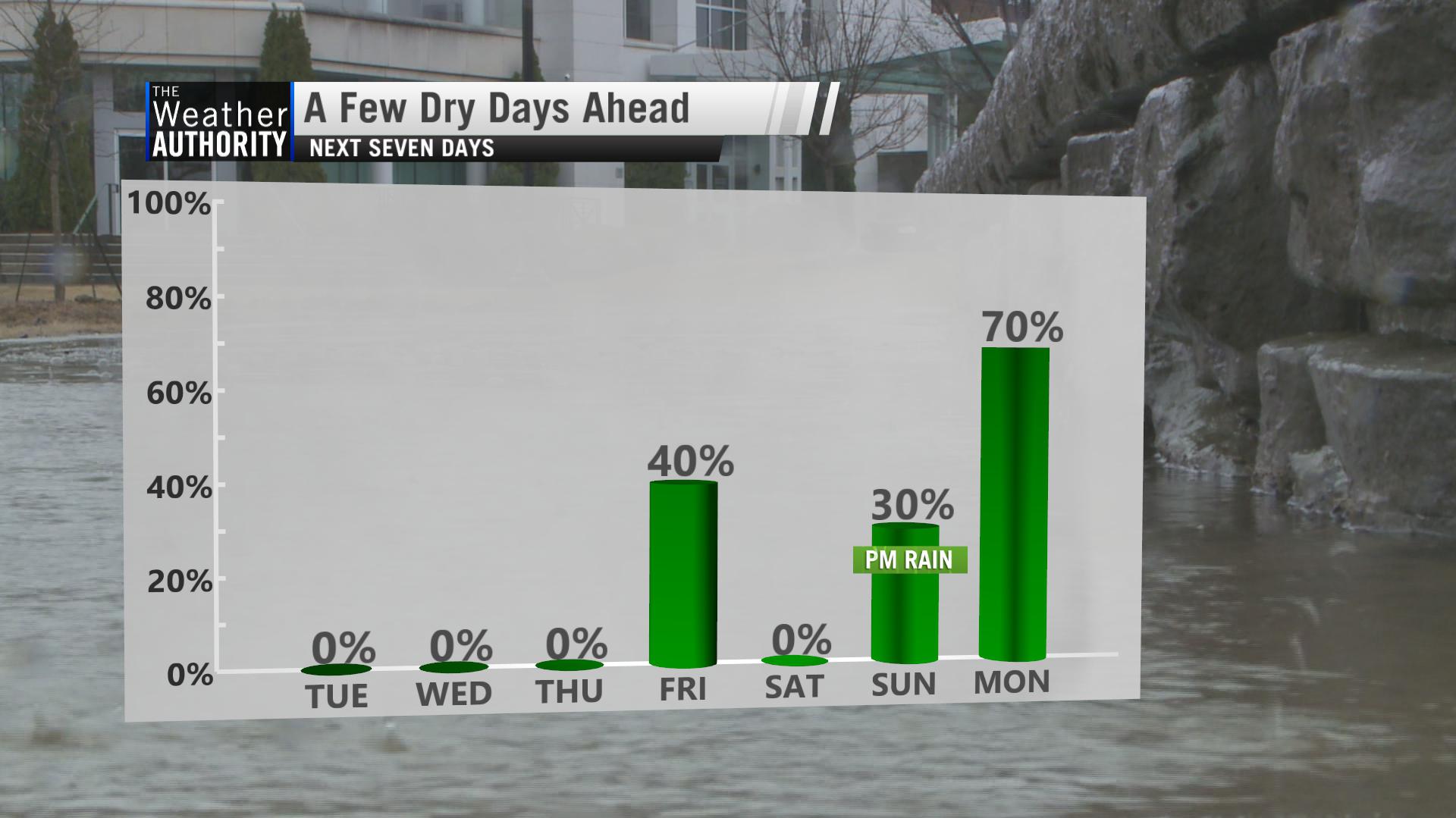 December chill: The ‘coldest’ period of a calendar year is a little more than 30 days away: early to mid-January. Average temperatures in early December are still about 5 to 8 degrees warmer than that, so having some back-and-forth, warm-then-cold is about right for this time of the season. 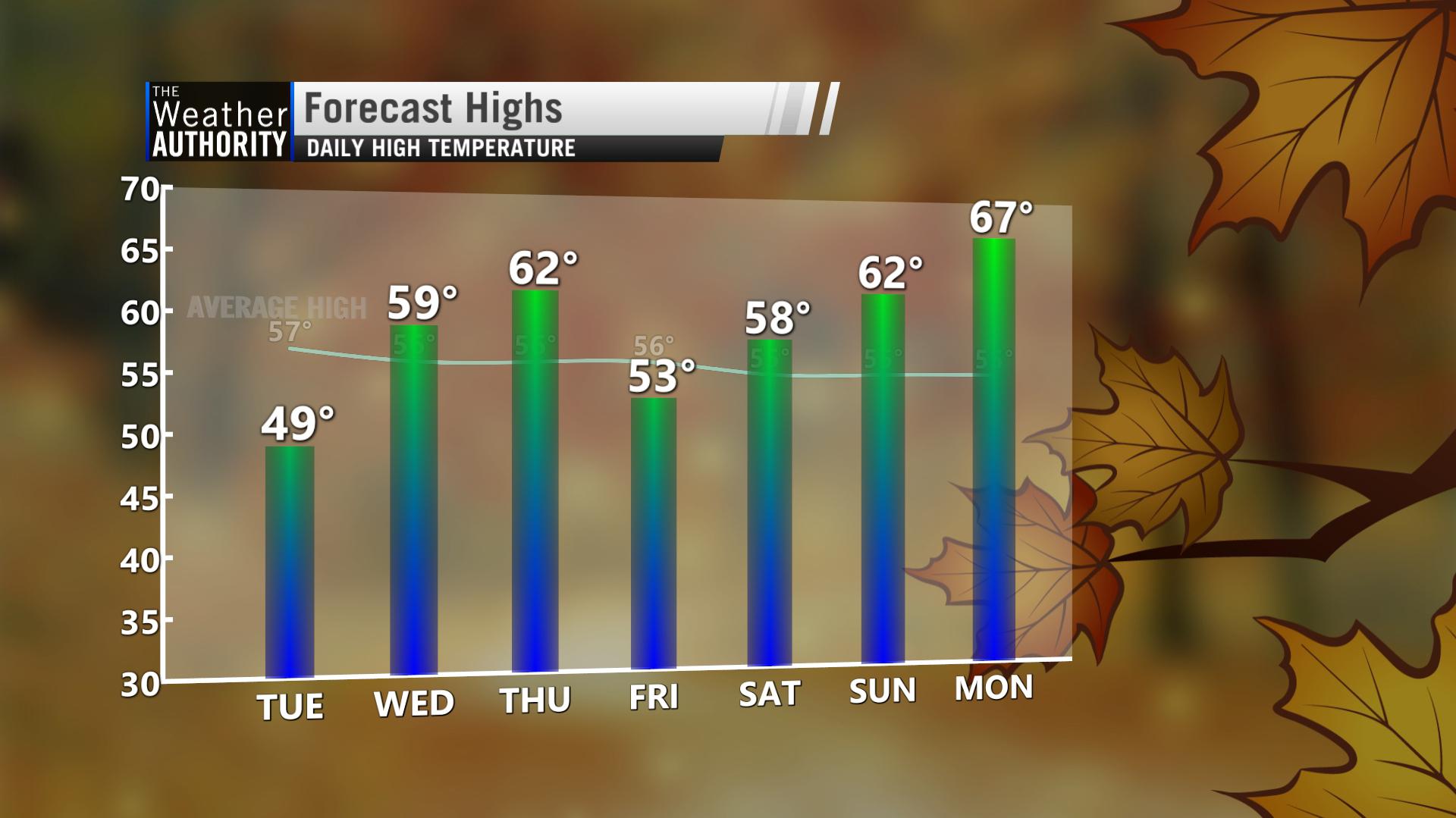 Tuesday’s high is well-below average; then it’s above average for two days on Wednesday and Thursday before a chilly, damp Friday. The weekend looks mild, but there’s another significant shot of cold air aimed at us in about 8-10 days (middle of next week). That one could rival the cold from early November when we hit the teens for overnight lows.

Analogs (years with similar patterns from the past) show another major push of cold weather that could be even colder than than next week’s in about 10 to 15 days.

There are a lot of lines on this map, but here’s the nitty gritty: 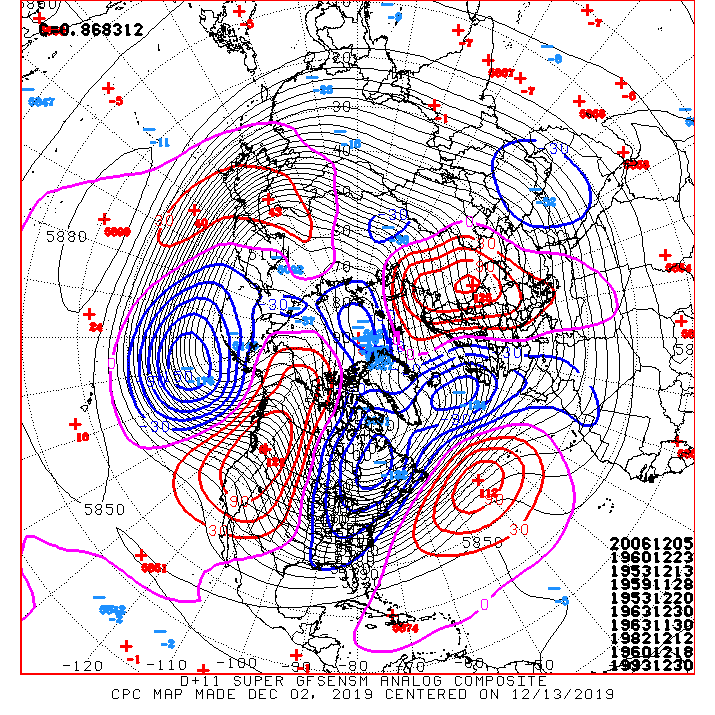 This is a model forecast, but it does make sense with the kind of sea surface temperature patterns we see particularly in the Pacific.  There’s a lot of warmer-than-average water south of Alaska near Canada’s west coast; that usually helps build a ridge into Alaska and western Canada leaving the cold air to spill southeast into the Lower 48.

The Tuesday morning European ensemble brings this kind of look into the East a tad sooner: around the 10th and 11th.

If you love it cold, this is great news.  If you are hoping beyond hope for some snow, you’re probably not going to have much luck with this pattern.

We’ll have to wait a while to see if that comes right at Alabama or if it misses us just to the east this go-around.

Coronavirus in the US: Here’s what happened Friday