Cool, dry air is settling into the Tennessee Valley behind a cold front that moved through early Wednesday. That’s going to set us up for a very pleasant Thanksgiving day!

We start with a freeze as the sun rises on Thanksgiving. Scattered frost is likely, but won’t last long thanks to mostly sunny skies. Afternoon highs push into the upper 50s with light winds helping to keep it comfortable. 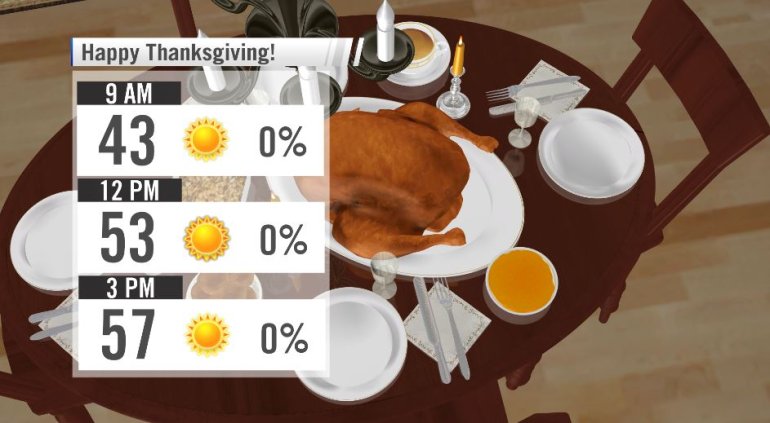 A ‘Typical’ Thanksgiving: Huntsville’s average high temperature on Thanksgiving sits near 60°F with a low near 40°F. We’ll be a hint below average, but not outside of what’s considered normal for this time of year.

When it comes to the rest of Thanksgiving climatology, the records can get confusing. That’s because Thanksgiving can fall anywhere from November 22nd-November 28th (or through November 30th before Thanksgiving was declared the fourth Thursday of November in 1942). 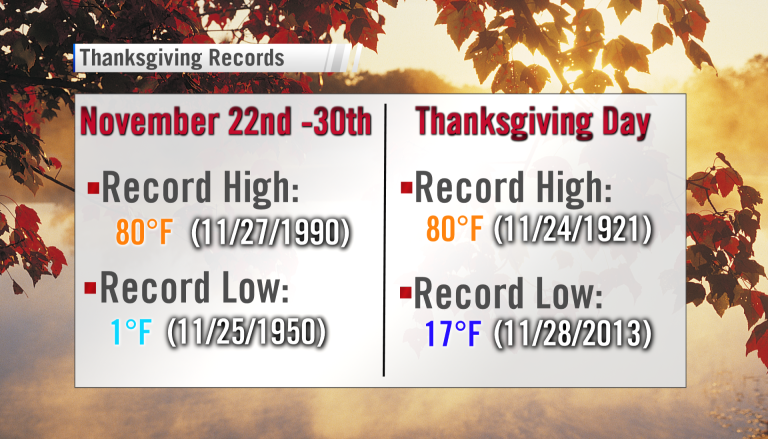 The record high for the period November 22-30th is 80°F. This also happens to be the warmest Thanksgiving Day on record.

The coldest high temperature on Thanksgiving was 29°F, back in 1930. That makes the 50s this year seem pretty nice!

Tornado Watch until 1 AM Tuesday

The Storm Prediction Center issued a TORNADO WATCH until 1 AM for a large part of Alabama and Tennessee.

We'll keep an eye on the storms this evening as they move in and strengthen from now through around 1 AM Tuesday.

Watching for Storms: a round of strong storms expected Monday evening

A strong storm system helped warm us to the upper 60s and lower 70s this afternoon.  A band of showers and developing thunderstorms west of Alabama moves into the Tennessee Valley region after sunset, and some of those storms could be severe with strong wind gusts over 50 MPH.  A few storms could have enough rotation to produce tornadoes. The Storm Prediction Center upgraded a part of this 'SEVERE' risk…

Decatur leaders speak on vaccine administration in the area