Snow flurries amounted to a trace in Huntsville Monday, but that wind and that cold sure made a bigger impact! This is the subfreezing ‘day’ (never rising above 32ºF from start to finish) at Huntsville International since January 17, 2018: 723 days.

Cold but no snow? It technically did snow on Monday: just enough for a formal ‘trace’ at Huntsville International where the official climate records are kept.

We have cold weather coming for the rest of the week; it just won’t be this cold. That presents an interesting comparison against the ‘average’ for January.

The ‘average’ daily temperature (high & low) is around 42ºF (climatological high of 51ºF, low of 32ºF). The rest of the week will keep high temperatures near or below average, but overnight lows will come up above average. So while it will be ‘cold,’ the comparison to normal won’t really tell us much about energy usage or how cold it really feels to us.

Tuesday’s chill will still be way below average, but it’s less bitter as the arctic air moderates (warms and becomes less ‘arctic’ in nature).

A developing storm system on the Gulf Coast overspreads the area with clouds keeping us from warming to the full potential on Wednesday, Thursday and Friday (and even Saturday).

So, while ‘high’ temperatures stay colder than normal, those clouds will bring overnight lows up considerably: likely staying above freezing from Thursday to Saturday.

It will be cold by our standards (and by the look of January’s power bill), but when we look back at late January 2020 in the record books it won’t look all that cold in the statistics.

Next wave of rain and the weekend outlook: Our next shot at wet weather begins on Thursday, and it will be a cold, miserable setup for Thursday night and Friday.

The next week’s worth of rainfall likely puts Huntsville into a top-15 wettest Januarys on record (since 1894). NOAA Weather Prediction Center projections show around one inch of rain through next Monday morning; most of that will come Thursday night into Friday, but a little rain may be left for Saturday.  There's even a small chance enough moisture could be left for a few flurries if the cold air gets deep enough fast enough; that's yet to be determined. 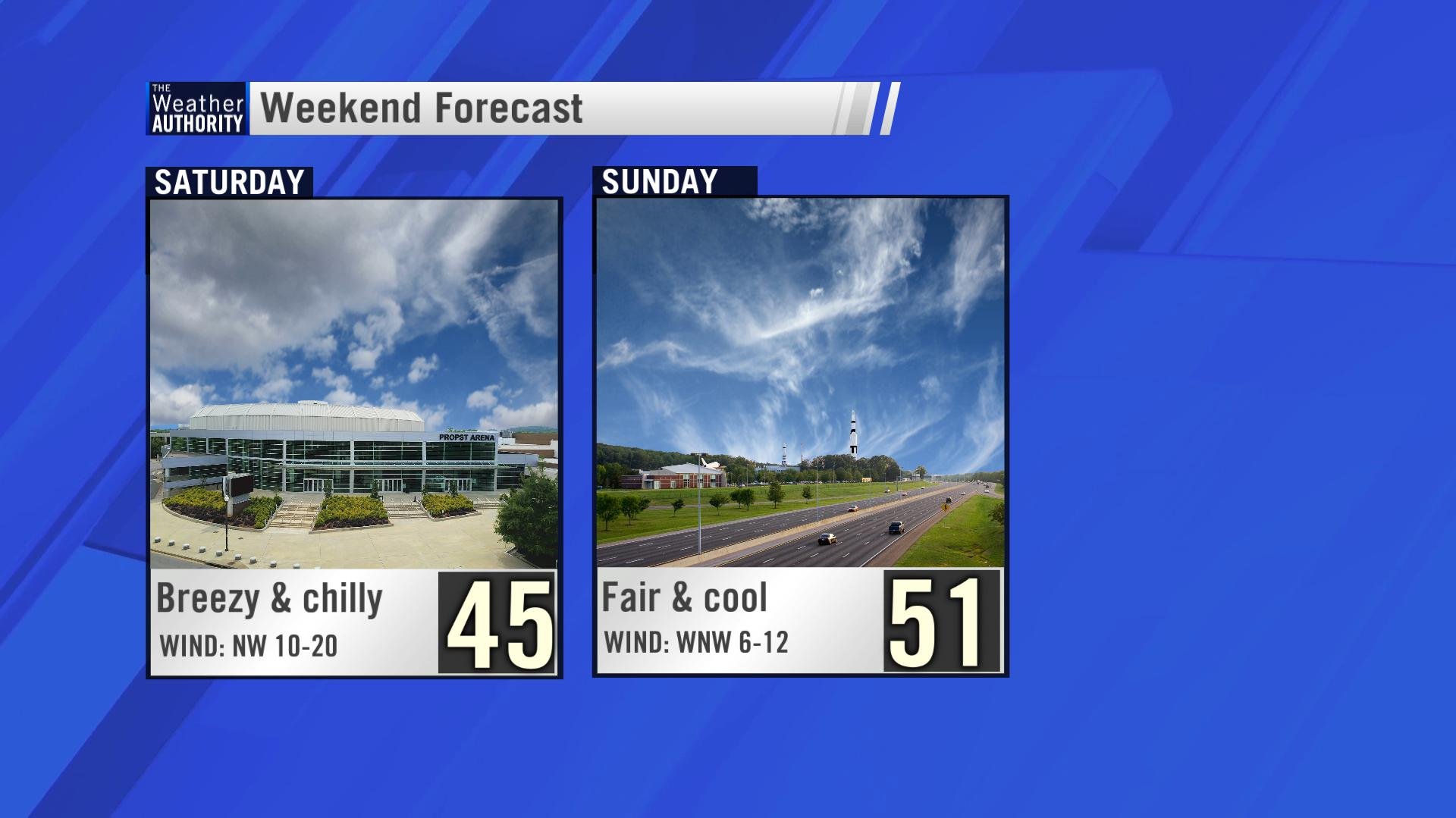 The air behind the rain will be cold for the weekend: just not as cold as it’s been to start this week!

Looking for the rest of the forecast? It's always online at WHNT.com/Weather and in the “Daily Forecast” section on Live Alert 19!

Could this be the third Saturday in a row with no rain? It looks like it! Hard to believe since we started 2020 with six Saturday's in a row with measurable rainfall. Every Saturday in January was wet and we started February the same way. Now we get to see a nice weekend. Enjoy it because a wetter pattern takes over next week. A Dry Saturday With Cool Temperatures Milder…